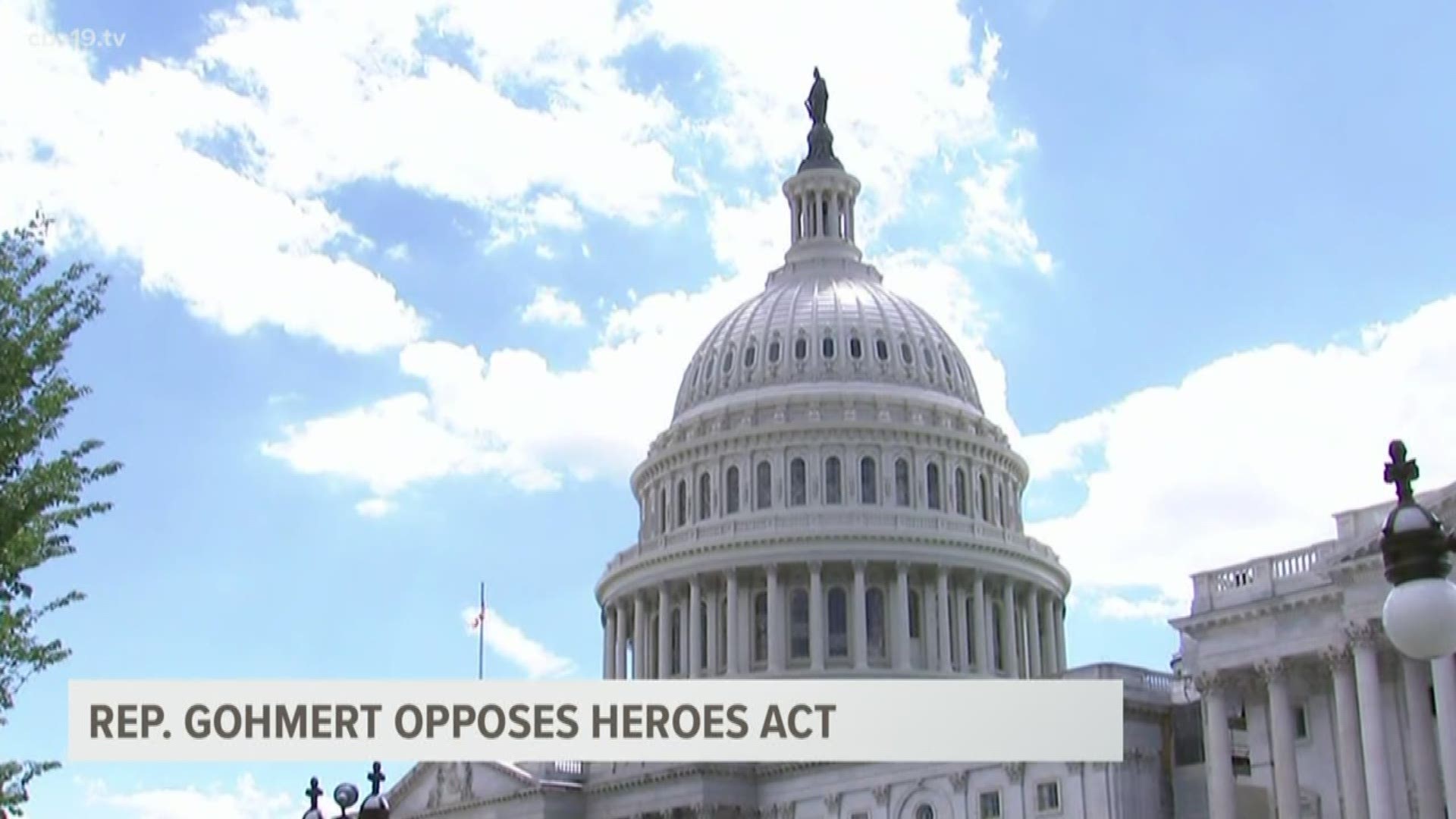 TYLER, Texas — The U.S. House of Representatives will soon vote on the HEROES Act, which will authorize a second round a stimulus checks. However, several representatives are not on board with the act.

Congressman Louie Gohmert says if the House votes on the new stimulus plan on Friday, he will not vote for it.

Gohmert spoke with CBS19 this afternoon about the $3 trillion act.

It would offer a larger tax refund to most families, provide hazard pay for essential workers and set aside $900 billion for state, local and tribal governments.

Gohmert said he did not understand why the Democratic leadership would push this plan without any input from across the aisle.

Rep. Gohmert says he supports a new stimulus bill. However, he feels the HEROES Act is simply to expensive and would hurt the economy in the long-run.