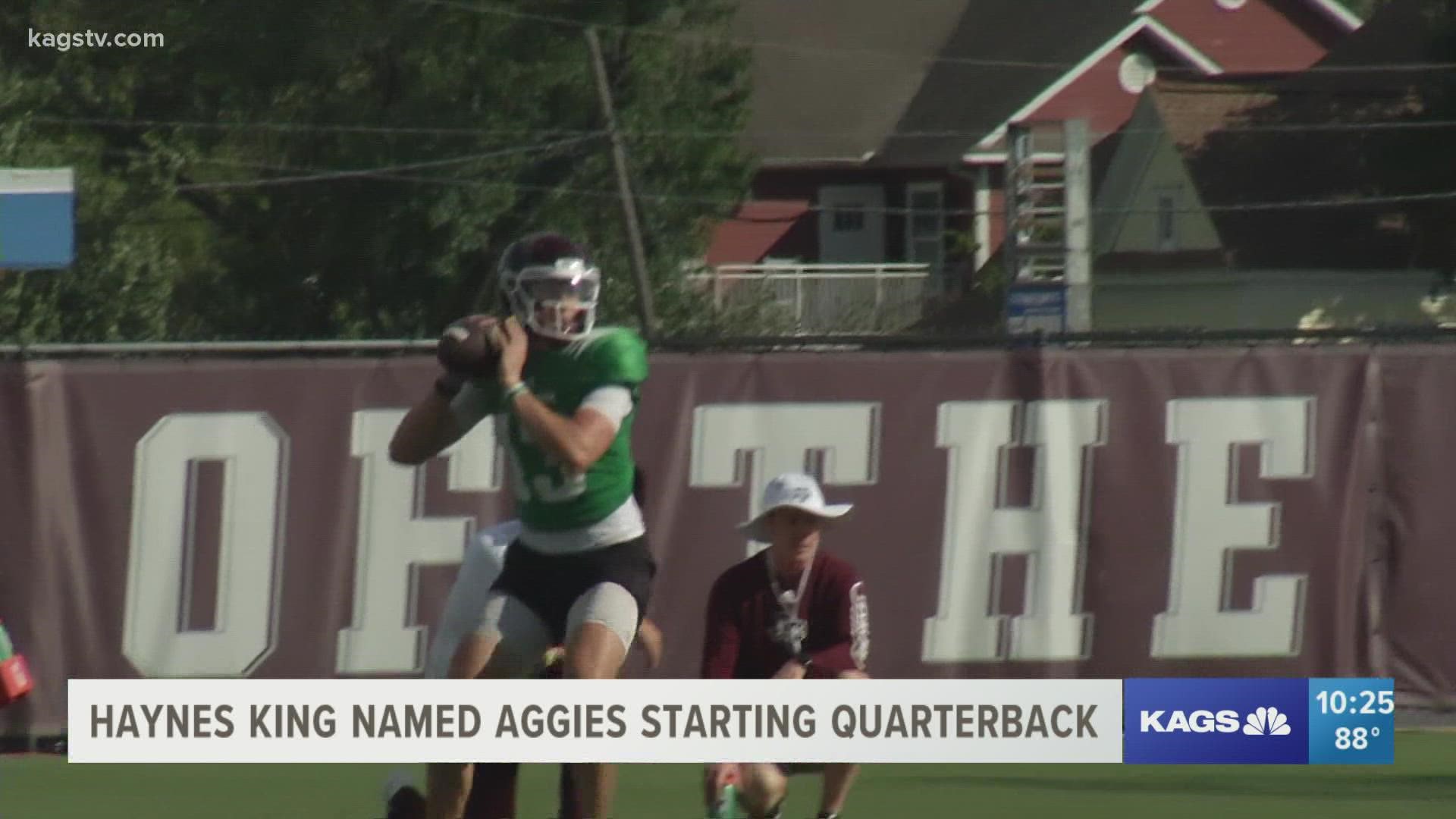 COLLEGE STATION, Texas — It looks like Texas A&M will be without their QB1 for some time.

According to Sports Illustrated and Matt Zenitz with On3 Sports , after going down in the first quarter of the Aggies' game against Colorado on Saturday, Haynes King was diagnosed with an ankle fracture and will be out until at least mid-October.

From @HamiltonESPN and me, per sources: Texas A&M starting QB Haynes King sustained a fractured ankle during the team's win over Colorado on Saturday. Underwent surgery yesterday and is expected to be out until at least mid-October. https://t.co/WtQa76FmWV

The injury occurred early in the game after King was stopped short of the first down on third and 6, and thrown to the ground. He was taken to the locker room for further evaluation before reappearing in street clothes, a walking boot and crutches.