Residents express anger over crumbling Smith County road. So how is the county planning to fix it?

Smith County Road 1139 doesn’t have many potholes. Instead the people who live on the road say its issues are the crumbling edges and unevenness. 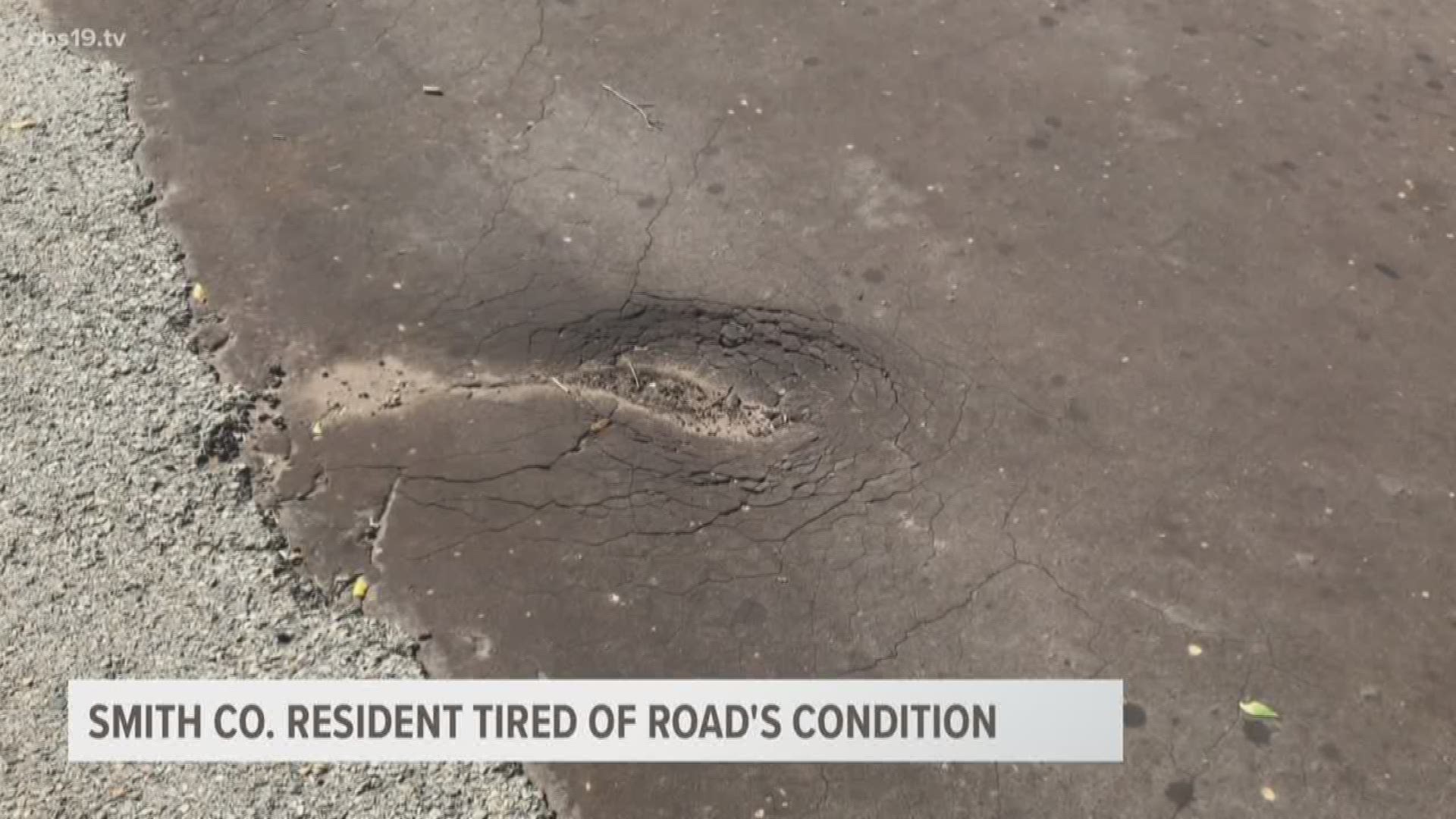 SMITH COUNTY, Texas — Robert Marsh has lived on Smith County Road 1139, located off of Spur 364, for about four years. He says during that time the road has always been in poor condition.

Any time there is a pot hole, Marsh says the county does come out and fix it. However, he says their fix led to a different problem.

“It’s just like a band-aid,” Marsh explained. “They don't resurface.”

In 2017, Smith County had a road bond package, which local voters approved to solve issues similar to CR 1139. The package has a list of different roads and what improvements are needed by priority.

Davis says County Road 1139 is on the bond package, but the road is separated into three sections.

The front of the road until the railroad tracks is one section, from the railroad crossing to County Road 1140 is another and from CR 1140 to the road’s dead end, where Marsh lives, is the final section.

Marsh’s portion of 1139 is scheduled to be reworked, reshaped and resurfaced soon.

“We've kind of got our schedule kind of setup, but I'll take a look at it. And if we do need to move that up we will," Davis said.

If you live on a Smith County Road and want to know if your road is listed in the bond package, tap here.

If you would like to report an issue on a road you drive, you can contact the Smith County Road and Bridge Department at 903-590-4801.

Do you have questions? Do you want to see a change in your community? We’ve got you covered!