East Texans gathered in Bullard to sing carols to their neighbors as they drove by. 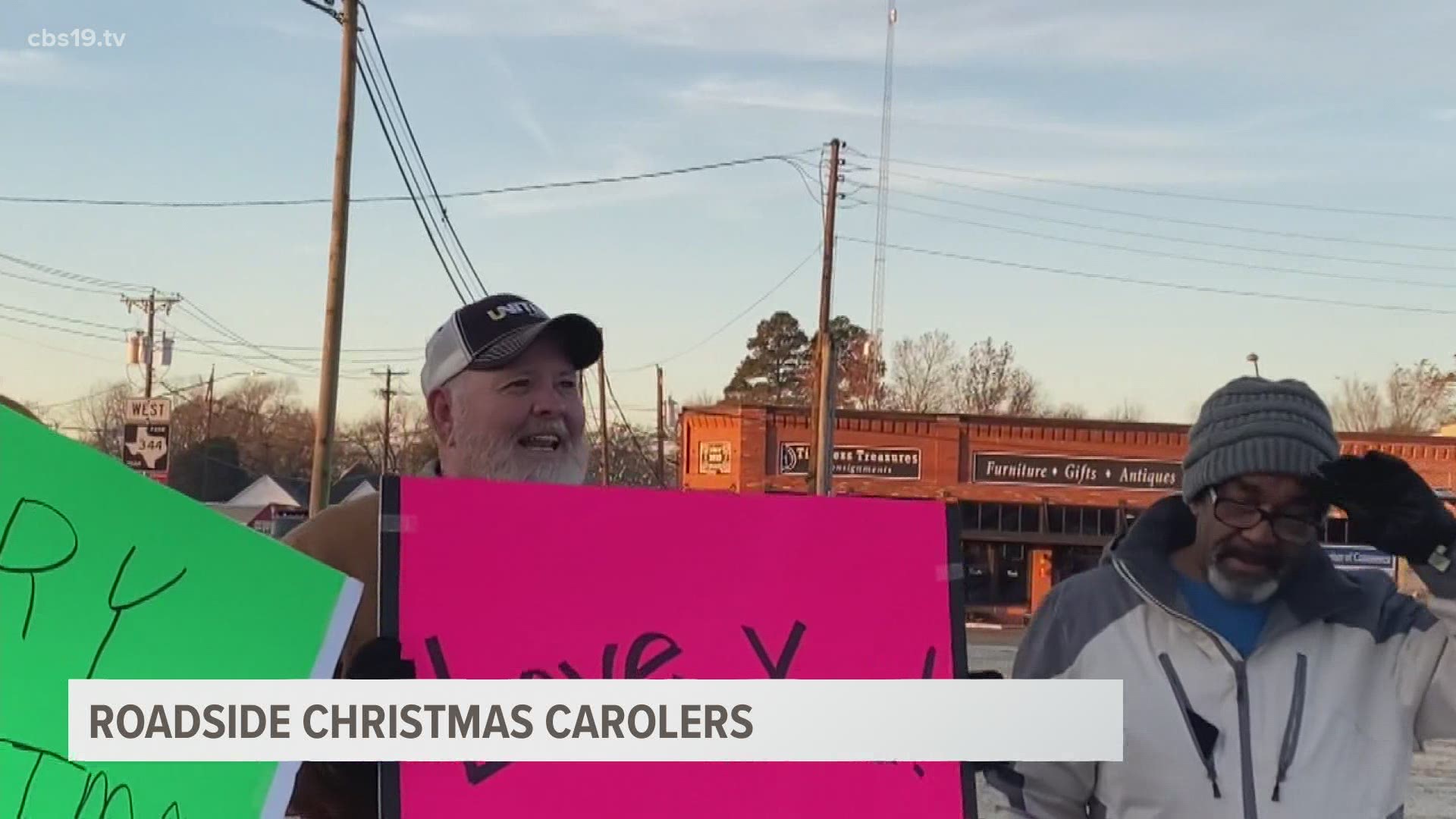 BULLARD, Texas — The Christmas countdown continues with just one week to go, and one Bullard group decided to spread some major holiday cheer.

Toni Lyons organized the whole thing. “It’s cold, but it’s such a warm feeling,” he said.

It was freezing -32 degrees to be exact. But that didn't stop these residents from gathering at the busiest intersection in Bullard to sing Christmas carols to their neighbors.

“The first day I came, it was like ‘what are we doing? This is crazy.'" Todd Williams said.

Williams was hesitant at first, but he came around pretty quickly. They're up and out bright and early at 7 a.m., but he says it's worth it.

It doesn’t matter if you can sing, just grab a sign and a friend.

The Bullard Christmas carolers have been singing at the 4-way stop for about a month now, and have had overwhelming success. So much so, that they’re making this a tradition and will out again bright and early the next holiday season.