The City of Tyler has issued several permits for new businesses. 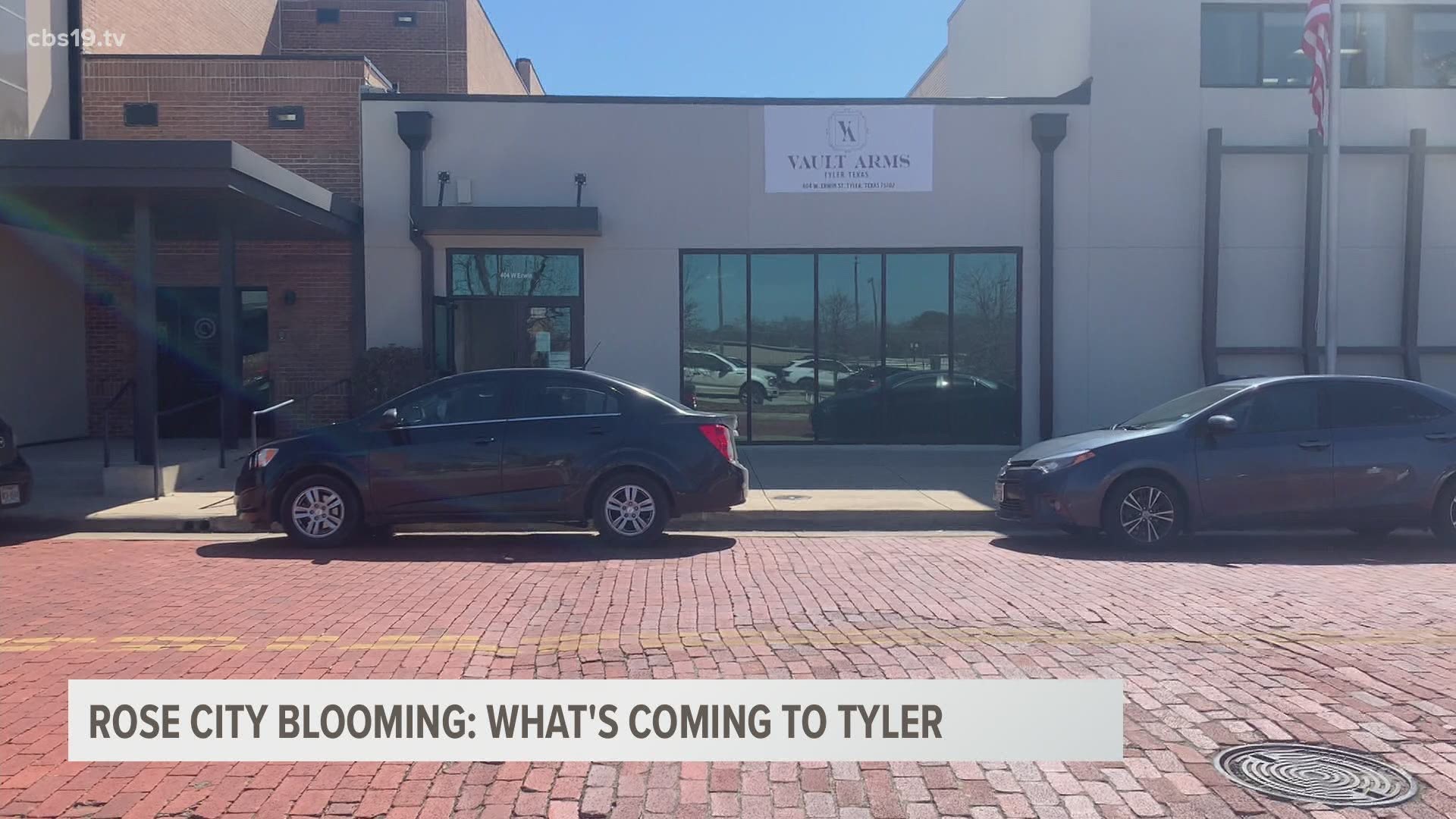 TYLER, Texas — 2021 is only a few months underway, but already the City of Tyler has issued several permits for new businesses.

Some stores that will soon open in Tyler include new restaurants and places to shop.

Vault Arms, a gunsmith store for supplies and customizations, will be opening near downtown. The shop is undergoing renovations and will be located at 404 West Elm Street.

Over at the Broadway Square Mall, the Twisted Root storefront will be replaced by Laughing Crab, a cajun seafood restaurant.

Across the street in the former Clubstore Outlet, the City of Tyler has issued several permits for updates to the building for Uptown Cheapskate. It will be a resale clothing shop.

A third Jucy's Hamburgers will be coming to Tyler for the northwest side of town by the Hollywood Theaters at 1300 South Southwest Loop 323.

The Village at Cumberland Shopping Center will soon have two new businesses as well. Suite 172 is undergoing renovations to become Code Ninjas Tyler, a place where kids can learn to code by building their own video games.

The second store coming to that shopping mall is also centered around developing children's minds. The Tutoring Center will be located at 8930 South Broadway Avenue 284 to help kids with their academics.

New businesses that are currently open include:

The Broadway Square Mall is getting a new under the sea eatery. The Laughing Crab is set to open at 4601 S. Broadway Ave. in Tyler in place of the former Twisted Root. https://t.co/ZVtNrYhQR8