Among the demonstrators were a group of armed protesters from Dallas. There were no reports of any violence. 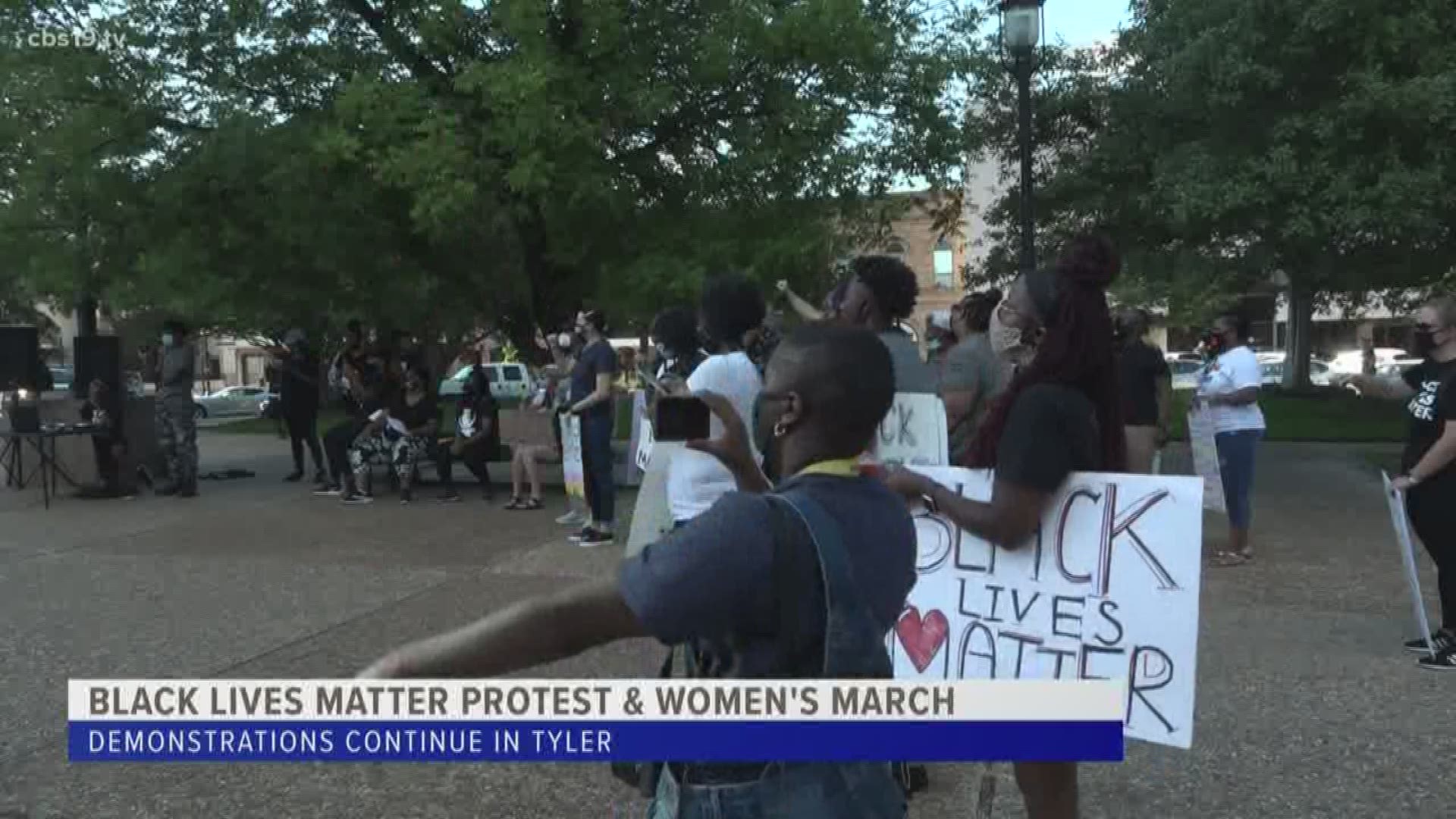 TYLER, Texas — About 100 protesters gathered at the Square in Downtown Tyler Saturday afternoon. Unlike previous rallies in Tyler, Saturday's demonstration was specifically about Black women killed by police.

In addition to the 100 Tyler protests, about 20 people from Next Generation Action Network (NGAN) out of Dallas also came to demonstration.

"Everybody knows what was going on last week and how to was really out of control," Alex Swift of NGAN said. "It's just important that we show our faces down here to show unity and solidarity and numbers."

The NGAN was not the only group from Dallas to be in Tyler for the rally. Some armed protesters from a group called Not F***ing Around Coalition (NFAC) gathered a square. The NFAC, a self-described Black militia group, were there to support the protesters.

The protesters spent much of the afternoon marching around downtown Tyler, chanting the names of women killed by police. The Tyler Police Department and Constable's Office blocked off roads to help protect the protesters.

The protest ended without any incidents.