Runaway cow safe after leading Fort Worth officers on chase

One-year-old Daisy led officers on a chase through Rodeo street. 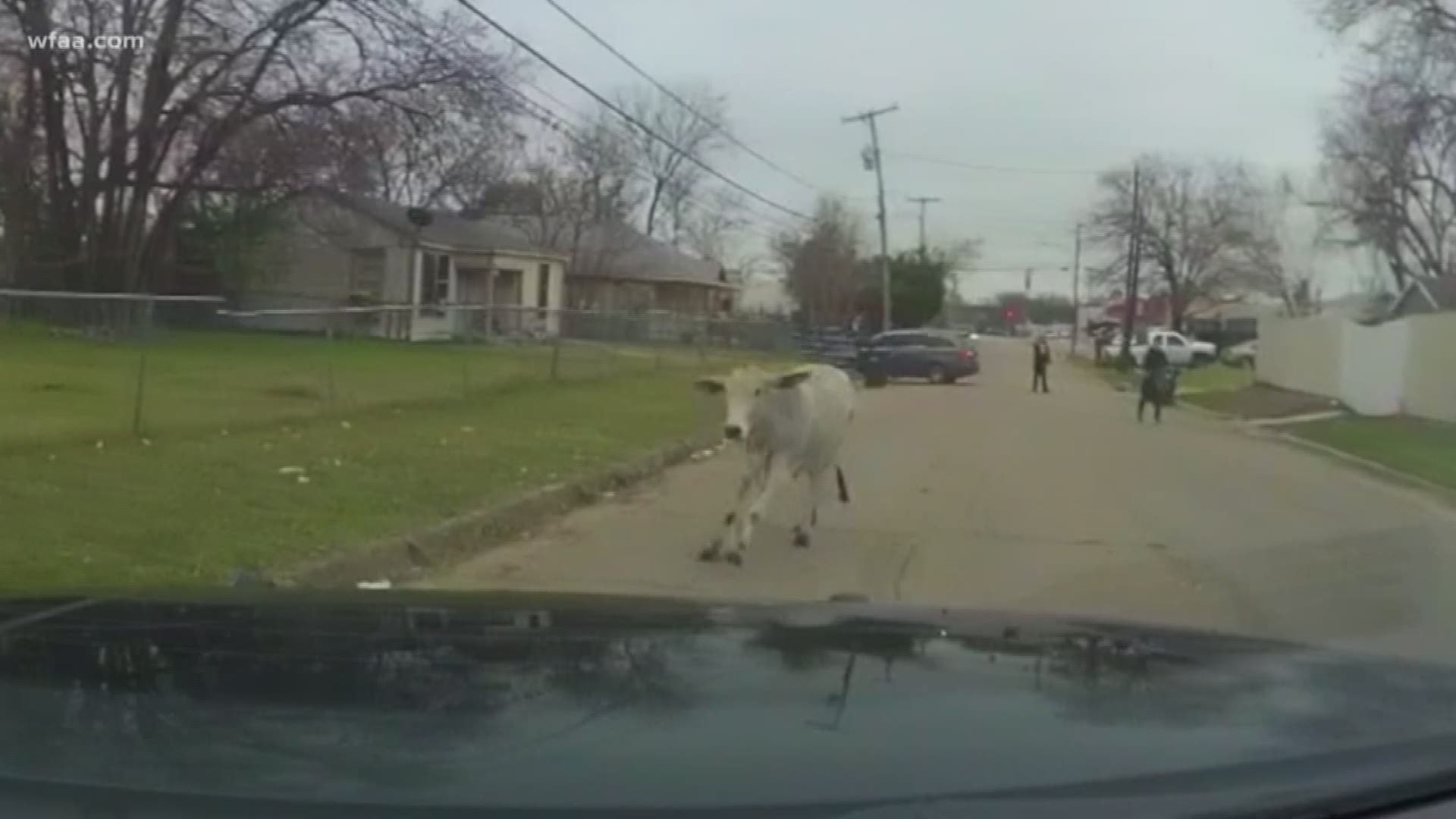 A 1-year-old Brahman cow named “Daisy” caused quite the dust-up Thursday in Fort Worth.

Daisy’s owners say she jumped the fence of her home on Pecos Street, in south Fort Worth and then led police on a chase through none other than Rodeo Street.

"She just took off," said Victor Andrade.  "This is the first time."

The chase was caught on body-worn cameras and cameras mounted to the patrol vehicles. The footage shows Daisy darting through front yards and through neighborhood traffic.

Officers and neighbors were able to corral Daisy behind a In My Father's House church on Alcannon Street, a few blocks away from her home.

"I never figured nothing like this," said Larry Tepfer, who helped police calm the cow until her owners arrived.  "Stuff like this don’t happen every day."

Police and neighbors suffered a scrape or two. Daisy was taken home startled and tired, but is expected to be okay.