Sergeant Greg Lawson said most of the drownings they respond to happen during the summer. 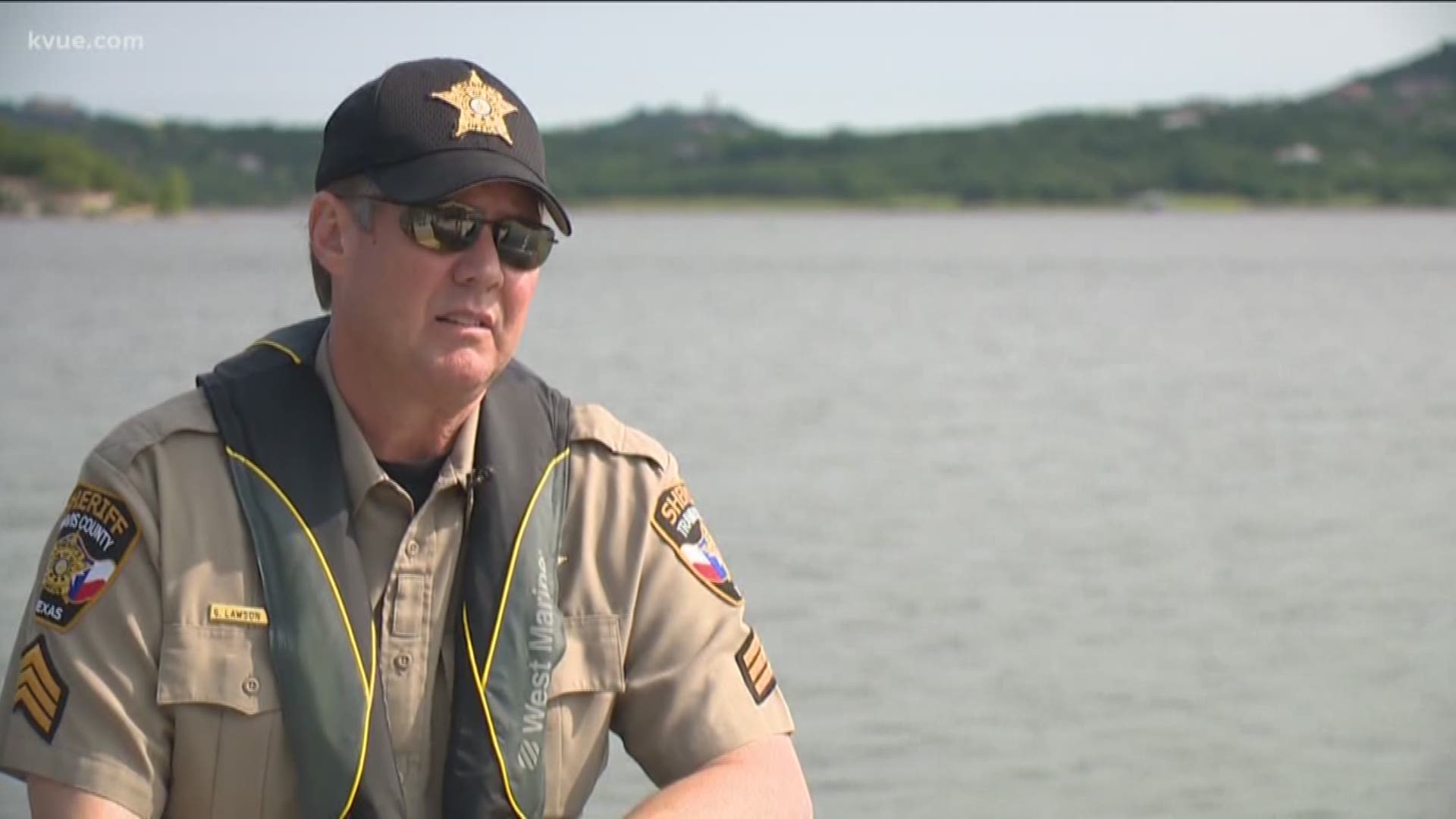 AUSTIN, Texas — It’s about to be the busy season for the Travis County Sheriff’s Office (TSCO) Lake Patrol and Underwater Recovery Team.

Sergeant Greg Lawson said most of the drownings they respond to happen during the summer.

“There's a saying that there's never a bad day on the lake,” Sgt. Lawson said. “And I can assure you, there are bad days on the lake. And when they're bad, they're tragic.”

Sgt. Lawson said Lake Travis is around 65 miles long and, in parts, more than 200 feet deep.

He said there are typically two boat crews on the water each day. Each boat has a boat handler and boat operator on it.

Crews are up against the clock when they get word of a potential drowning.

“One of the reasons it's so hard for us to find a drowning victim out here is the depth, the clarity of the water and also obstacles,” Sgt. Lawson said of the terrain of Lake Travis. “There's trees, there's cables, there's all kinds of things that we have to navigate through in order to get to the bottom to locate anything that's there."

RELATED: 'Texas has a real drowning problem': Here are safety tips before summer

"It took a combined effort with the Travis County Sheriff's Office Dive Team and Austin Police Department Dive Team five months to recover Rachel Scott,” Sgt. Lawson said. “And we finally found her in 117 feet of water. And the only reason we found her that day is the water clarity just cleared up, and we had about twenty feet of visibility.”

On a typical day, Sgt. Lawson said the team gets two to four feet of visibility.

RELATED: Report: Fatal child drownings in Texas up 34 percent in 2018

Even though the water isn’t always clear, the problems are.

Sgt. Lawson said they often see people who don’t know how to swim or are not familiar with boats. Drinking on the water is also a problem.

“Just about every one of our incidents that we have on Lake Travis, drinking has something to do with it,” Sgt. Lawson.

Sgt. Lawson also said there is a lack of people wearing life jackets.

"We've never recovered anyone who's drowned with a personal floatation device. Ever,” Sgt. Lawson said.

Sgt. Lawson said boaters should make sure there is always a sober person on the boat. He also encouraged people to take boater safety courses.

He said if people don’t have life vests, there are free ones in the stations at the park.