A spokesperson for the Tyler Independent School District says their lists are mostly the same as previous years. 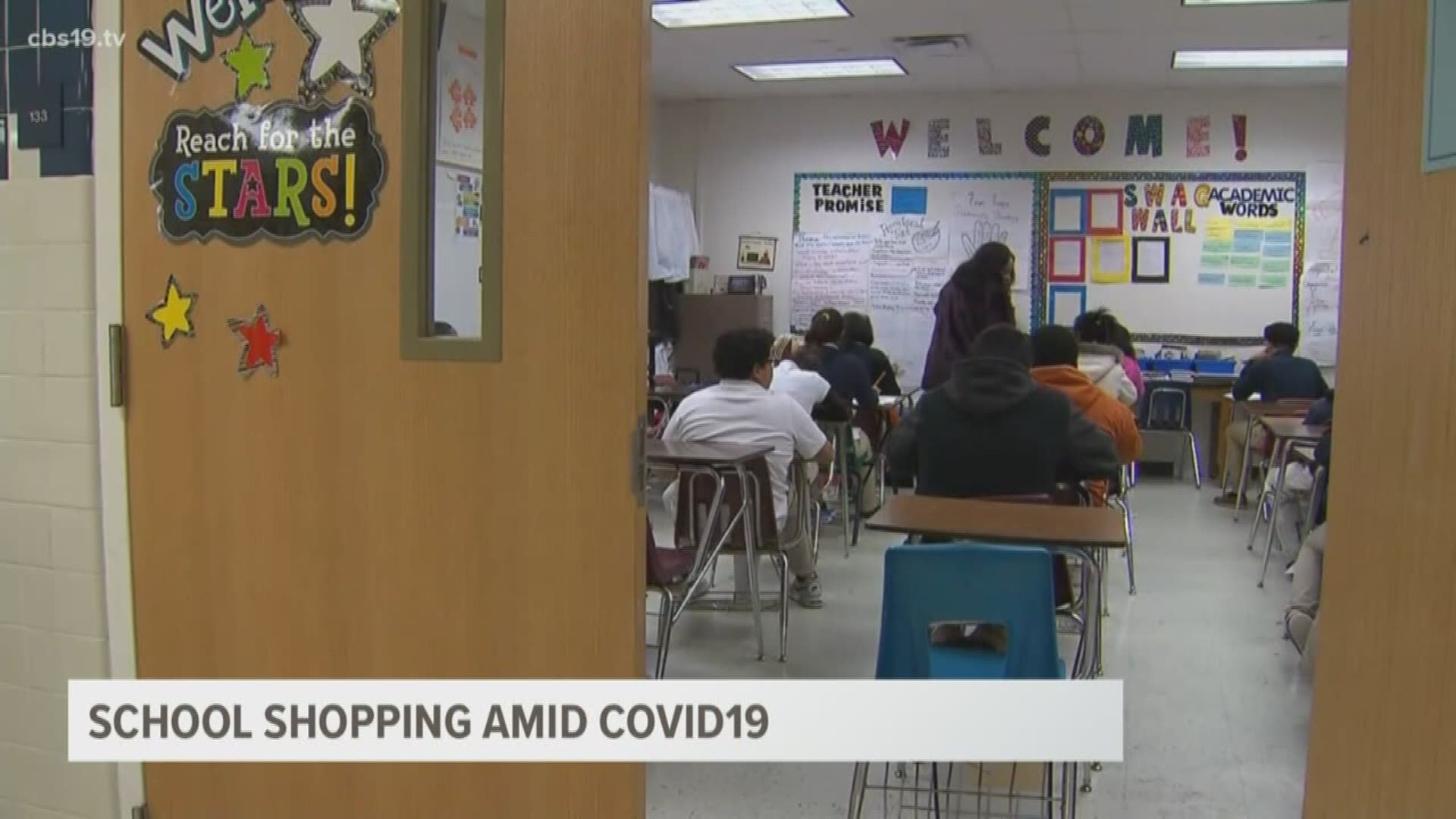 TYLER, Texas — As school’s waiver to announce plans for the upcoming school year in less than a month, parents are left to figure out how to prepare.

School supply lists are out, and many look the same as they would for a typical school year despite the pandemic and students having the option for distant learning. A spokesperson for the Tyler Independent School District says their lists are mostly the same as previous years.

“It was a pretty standard list, I guess for kindergarten,” parent Katie Markgraf, said. “It was just, I wasn't expecting that much stuff.”

Markgraf is getting ready to send her daughter Marissa to kindergarten in August, she hopes the first-year student will get to learn in a classroom because “it’s a vital year for learning.” However, the mom says she’s heard little from the Tyler ISD about what she should be doing to prepare.

"Nobody's reached out about school supplies or procedures or anything," Markgraf said. “When I saw the school supply list, I was kind of floored for kindergarten list being almost $100 and kids these days you got like lab fees and iPad fees, need headphones with a volume control and all this technology."

Tyler ISD did offer a bundle for school supplies to help cut some of the costs, but Markgraf explained she didn’t buy it in hopes of finding cheaper options.

“I do have some teacher friends on Facebook and they kind of like eased my nerves with the name brand confusion I had with the school list,” she explained. “It is hard times where everybody is struggling a little bit right now. I want to go through and compare for cheaper items that aren't name brands, see if I can save some money.”

Money can be saved on school supplies in less than a month during Texas’ annual Tax Free weekend August 7-9 for most clothing, footwear, school supplies and backpack under $100. Items can also be bought online, by phone, mail, or custom order tax free that weekend.

RELATED: Students who choose remote learning can participate in all UIL activities

RELATED: Abbott on schools starting back up in the fall: 'We will need to be flexible'