Service of Hope hosted on first anniversary of tornado outbreak

The Fruitvale First Baptist Church hosted a service of hope on the first anniversary of the deadly Van Zandt Tornado outbreak. 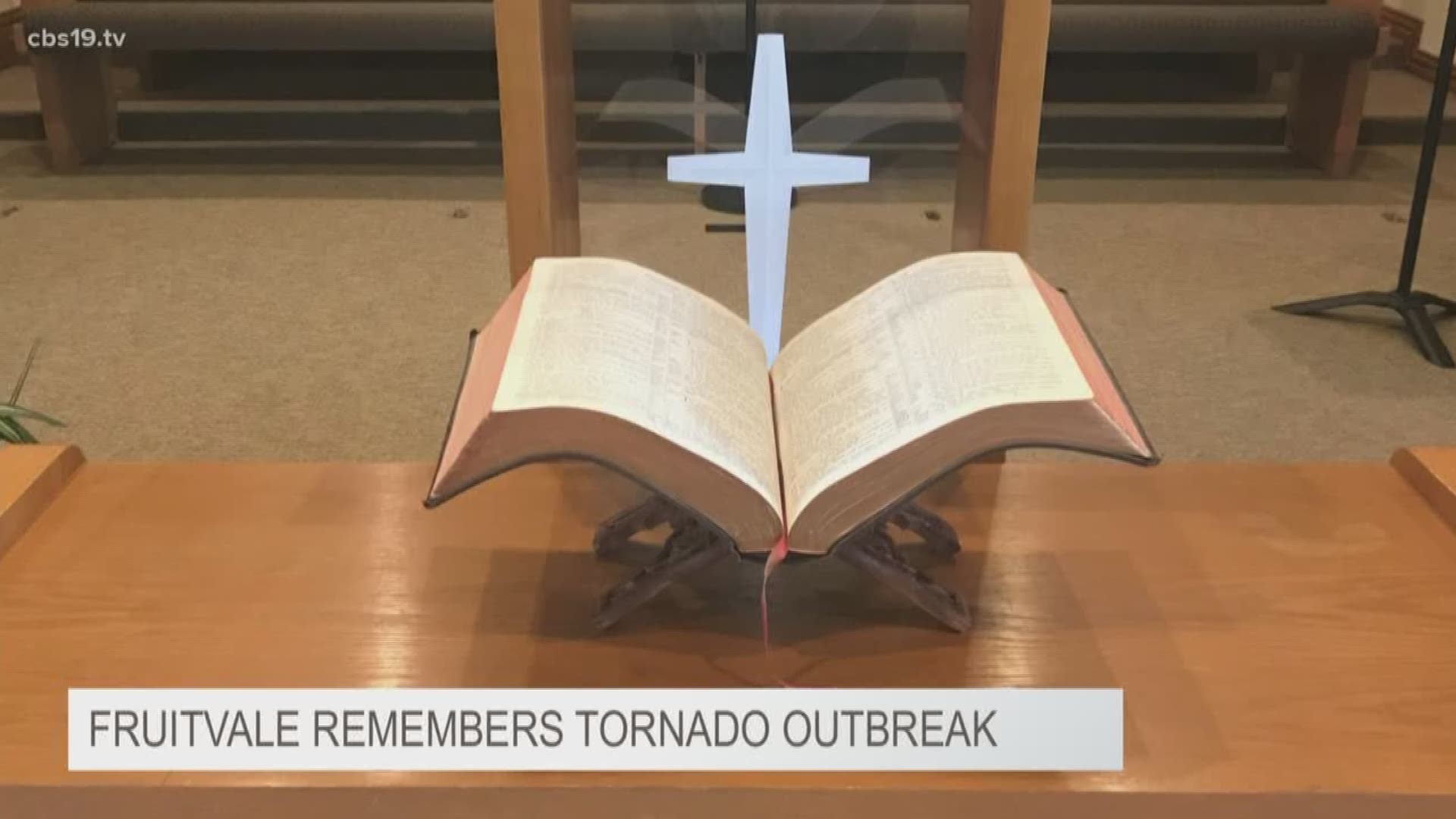 The service was led by Pastor Alan Van Hooser who said following the tornadoes, many people lost countless things, but they never lost their hope

“Your faith blooming in the hope changes the world,” said Van Hooser.

During the service, several speakers shared different stories, but the message of hope stayed consistent.

Judge Kirkpatrick said he is more than proud of how people in his county have chosen to help one another in such a time of need.

“At the darkest moment of the night is when stars shine their brightest," said Judge Kirkpatrick. "Ladies and gentlemen, exactly one year ago today was a dark time in Van Zandt County and that’s when you decided to shine the brightest.”

He went on to say, it was through God’s will that people were able to keep on pushing through.

“You run on adrenaline the first three days, the first night you don’t sleep because you know you have people trapped in homes," said Judge Kirkpatrick. "You can’t do it alone, it’s through God’s strength.”

People in the community, also believe that it was God’s will to shine a light on Van Zandt County during such a dark time.