The Rusk County OEM tells CBS19 the pilot was taking the plane for a routine maintenance flight when the crash happened. 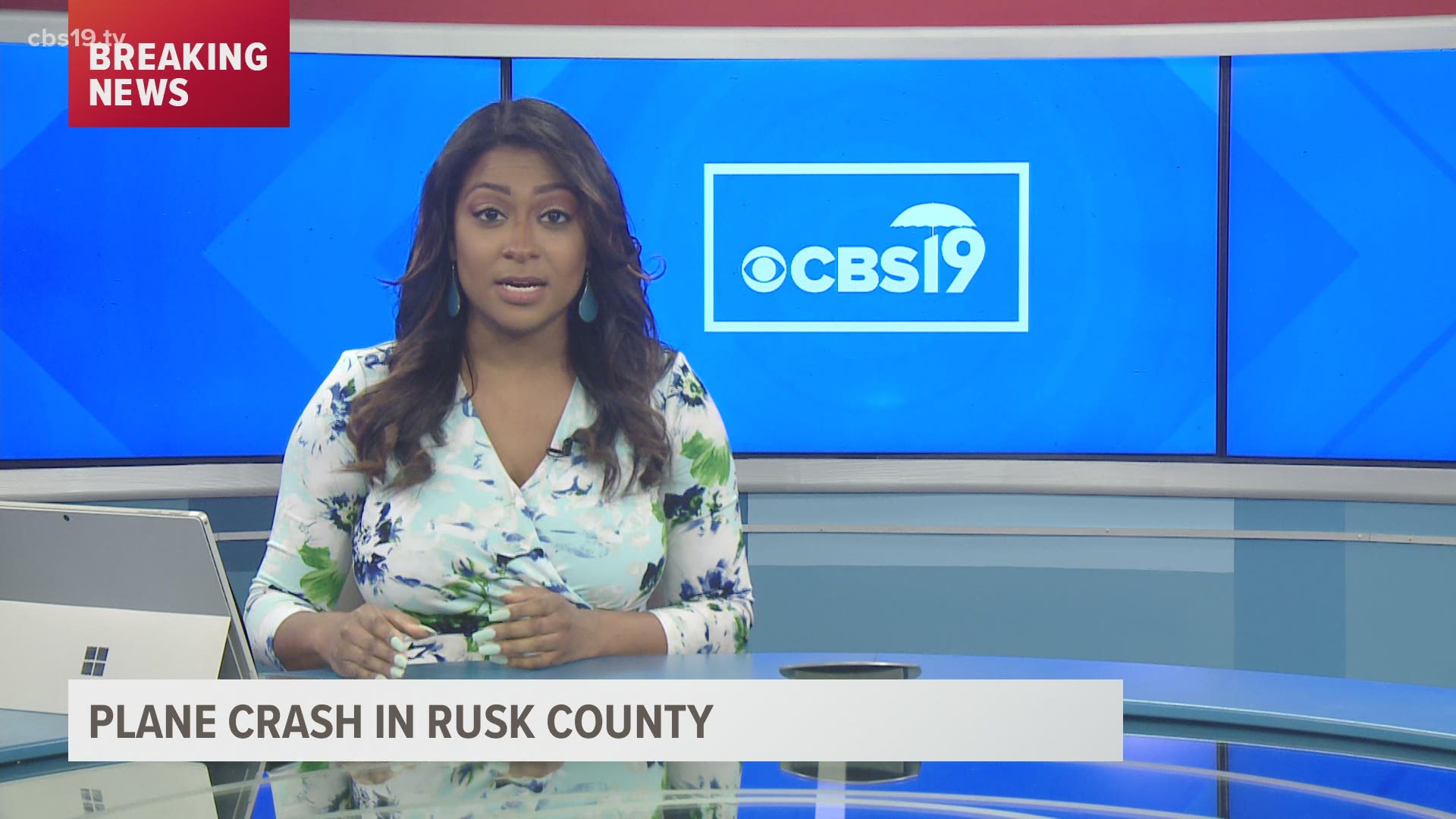 RUSK COUNTY, Texas — The Federal Aviation Administration (FAA) is headed to the scene of a fatal plane crash in Rusk County.

According to Rusk County Office of Emergency Management Coordinator Patrick Dooley, the crash occurred around 2:20 p.m., on County Road 2194 between Tatum and Easton.

Rusk County Sheriff Johnwayne Valdez confirmed there was one fatality.

Dooley tells CBS19 the pilot was taking the plane for a routine maintenance flight when the crash happened. The Longview News-Journal reports the plane is owned by William J. Weatherspoon, of Longview.

The Tatum Fire Department, Department of Public Safety, Rusk Co. Pct. 2 Constable's Office and the Rusk Co. OEM are on scene at this time.

The National Transportation Safety Board (NTSB) says the plane is a Cessna 340 and they will travel to the scene to investigate.

CBS19 has a crew headed to the scene and will update this article as more information becomes available.