Smith Co. Drug Court relies on the Governor's Grant for funding. Without it, people like Julie Warren may never have gotten the help she needed. 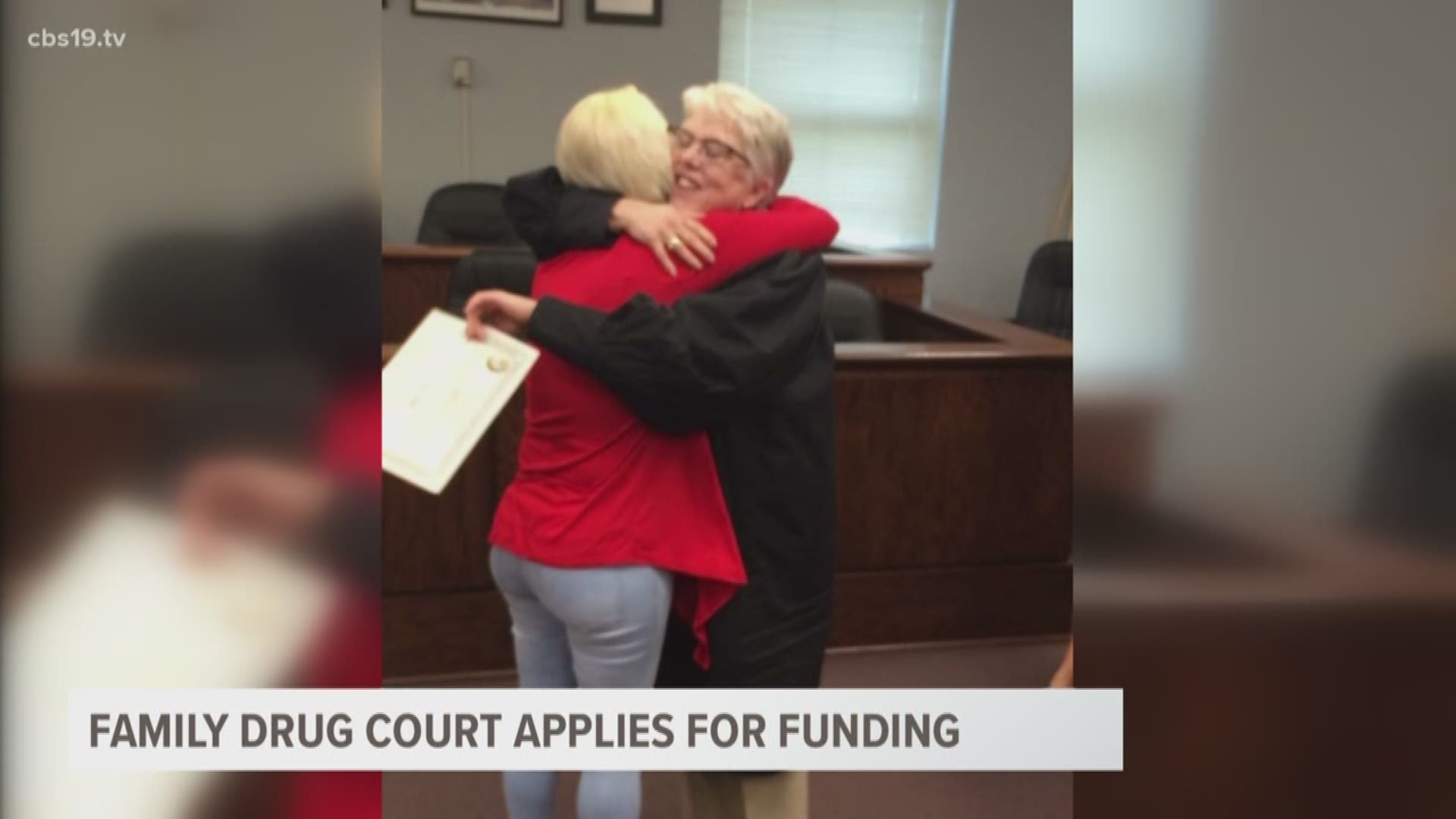 SMITH CO. — Family Drug Court has one goal: to reunite addict parents with their children.

They do this by taking a rehab and therapy approach, instead of the traditional court methods of consequences like jail time.

The court is largely funded each year by the Governor's Grant.

FDC has been operating in Smith County for 12 years and has received the money for 11 of those 12.

Without it, the court couldn't exist, meaning people like Julie Warren could have never gotten the treatment she desperately needed.

"I would pray every night and day for god to help me get out of this black hole," Warren said.

She experienced trauma in her childhood, losing both of her parents at a young age.

Instead of coping with the pain, she turned to drugs to help mask it.

"I was losing my children, my house, no job, no car, I dropped out of college, I mean everything was gone," Warren said.

That's when Child Protective Services stepped in and decided Warren was a high risk client.

That means she was eligible for Family Drug Court, a rehab court aimed at reuniting families.

"So they decided to put me in drug court, which I was willing to at first, but then as the services were thrown at me pretty much is what it felt like," Warren said.

At the center of all of those services, Judge Carole Clark.

"If you are one of these clients, and have had a very long history of drug abuse, you've had consequences such as prison, you have no job, you have no home, your families pretty much had it with you as well, those are the high risk people," Clark said.

There are three phases in the court:

"The number one goal of a family law drug court is to reunite children with their parents," Clark said.

For Warren, her best is coming full circle.

"That's what drug court has taught me, regardless of who you are and what your position, you are somebody special," Warren said. "You have a reason to live. And you don't have to live in that trauma."

She not only got her children back, she now works as a case manager in the same shelter that her son was held in while she was in the program.

"I'm able to give back, and not see the parents and the children just as they're nothing," Warren said. "You know, like they're a waste of space, a waste of air. They're somebody special. Every one of them, they have a gift and they're just hurting."

According to Judge Warren, parents who go through the court are 50% more likely to be reunited with their children than those who don't.