According to GunRightsWatch.com, which is tracking the resolutions, the idea stemmed from Hudspeth County Sheriff Arvin West in March of this year. 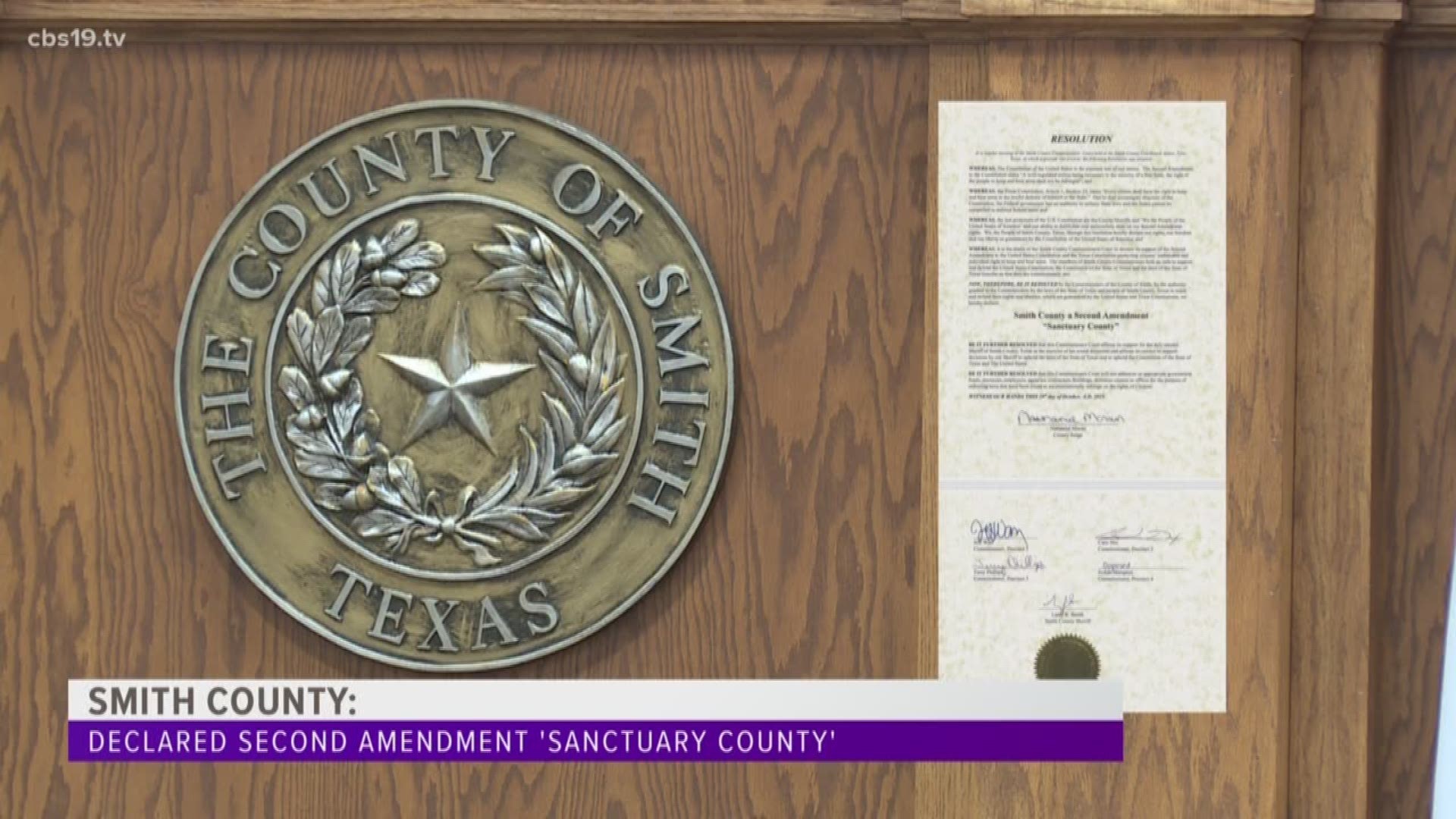 SMITH COUNTY, Texas — The Smith County Commissioners Court on Tuesday voted 4-1 to adopt a resolution designating the county a "Sanctuary County" for the Second Amendment.

The resolution reads in part:

"The bottom line is, when it comes to the end point, we support our sheriff and we rely on him to protect the rights Second Amendment," Phillips said.

Hudspeth and Presidio counties are among a handful of Texas counties that adopted similar resolutions earlier this year, reports the Tyler Morning Telegraph.

According to GunRightsWatch.com, which is tracking the resolutions, the idea stemmed from Hudspeth County Sheriff Arvin West in March of this year.

Phillips says the resolution is in response to the mass shootings this year in El Paso and Midland-Odessa, and the possibility of gun control legislation passed at the state or federal level as a result.

"You can't legislate evil intent out of the hearts of people," Phillips said.

While Phillips admits the resolutions has little legal standing, he hopes it sends a strong message to supporters of strong gun control laws.

However, the resolution does have its detractors, including Commissioner JoAnn Hamptons, who was the lone 'nay' vote.

"This resolution based on a pretentious idea that a constitutional amendment needs empowerment by local government," Hamptons explained. "We have police officers, sheriff's departments, constables and other law enforcement agencies to enforce the Constitution."

The Tyler Morning Telegraph contributed to this article.