Since January, the Smith County Fire Marshal's Office has received 164 calls for service. 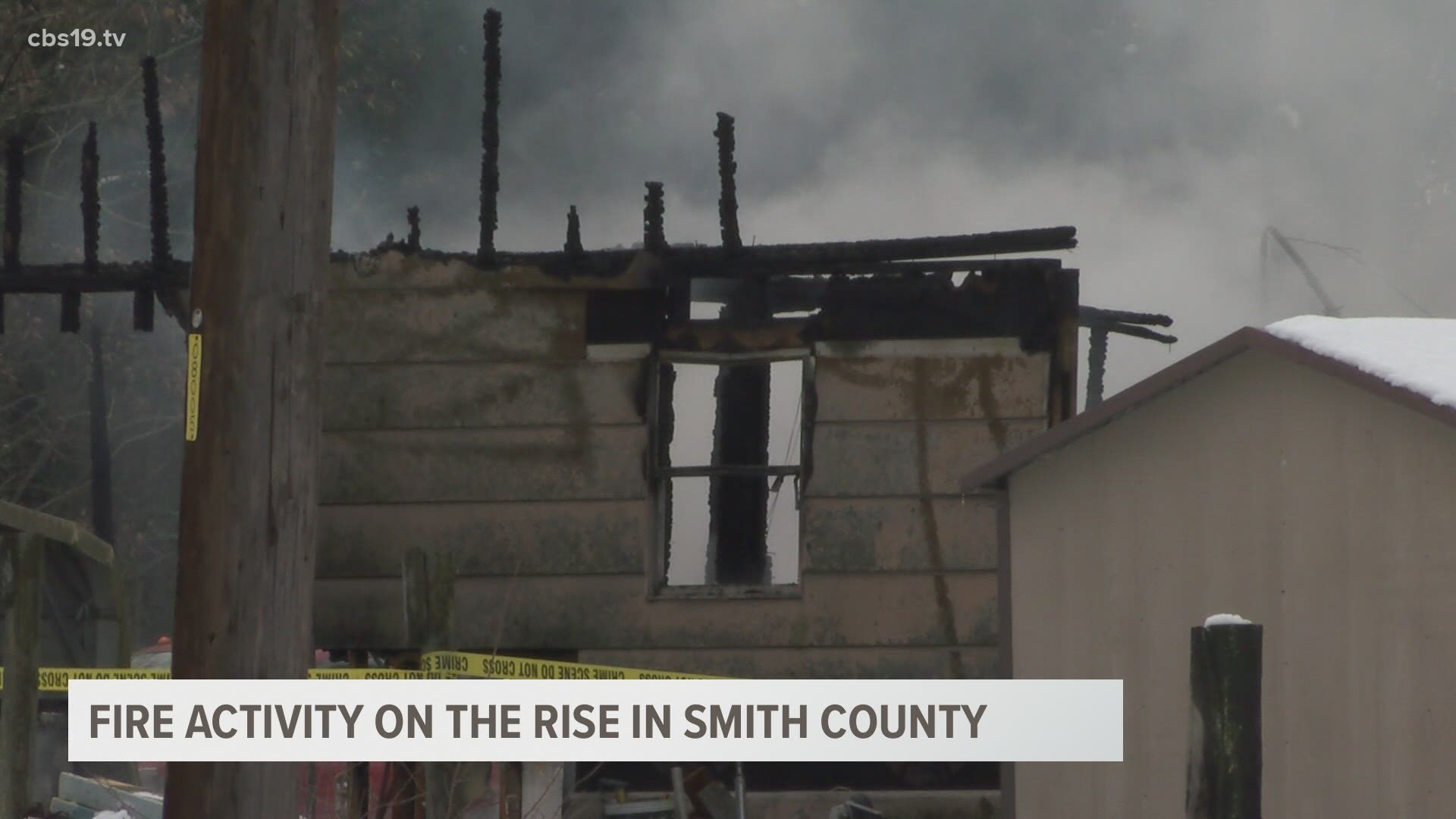 SMITH COUNTY, Texas — The Smith County Fire Marshal’s Office has been busier than usual with fires this year, but is also working hard on its emergency management duties.

Smith County Fire Marshal Jay Brooks gave a report to the Commissioners Court on Tuesday regarding his department.

Brooks reports he and other county officials have been meeting in a joint Emergency Operations Center with the City of Tyler for more than a year to deal with issues regarding the COVID-19 pandemic. So far, there has been 73 in-person EOC meetings and 327 virtual meetings.

Brooks said his office is still working on reporting to the Federal Emergency Management Agency (FEMA) costs incurred by the county during Winter Storm Uri.

Brooks points out not only does he serve as the county’s Emergency Management Coordinator, he and his deputies are law enforcement officials. His office is responsible for investigating fires in Smith County, and also inspects new commercial buildings, foster homes, nursing homes and daycares in the county.

He says this year’s fire season has seen a “stark increase in activity,” compared to the same time last year (January - April).

He said criminal activity related to fires has increased a lot this year as well, with his office investigating several arson cases. Many of those have also included drugs and firearms.