Several people in Smith County have been receiving unexpected surprises after sending off their mail-in ballots. 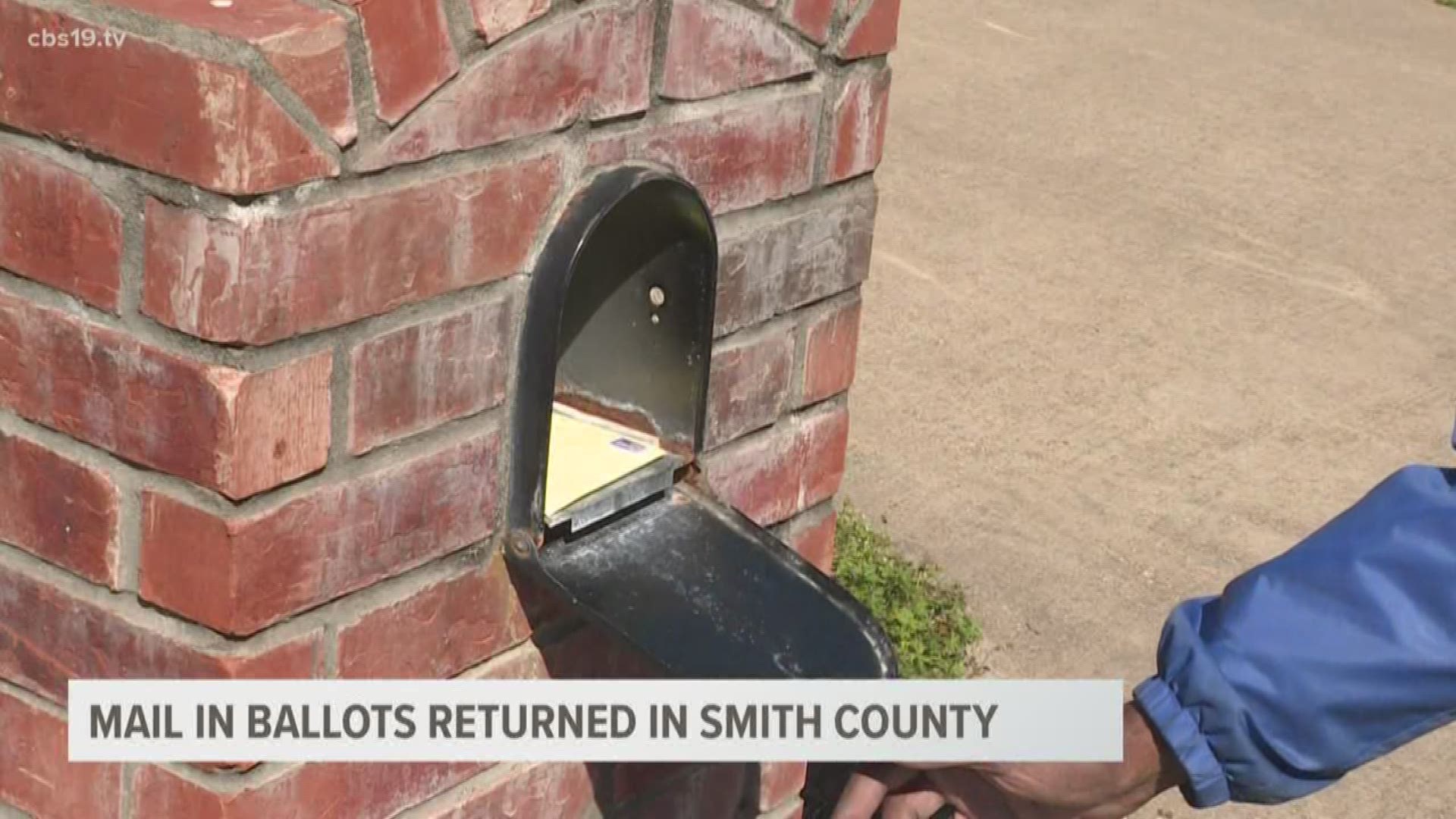 SMITH COUNTY, Texas — Several people in Smith County have been receiving unexpected surprises after sending off their mail-in ballots.

“My mom has been doing mail in for the last maybe year or so and this time it came back,” said Deborah Hubbard, a Tyler resident.

Hubbard’s mother isn’t alone. Windell Jackson says he and his wife both voted via mail, but for some reason his was returned and hers wasn’t.

“We couldn't figure out why it came back,” said Hubbard. “It's like okay, did I forget to put the stamp on it? You know, the stamp is on there.”

Jackson says the only thing different on his is a stamp on the back and a sticker with his address.

“It kind of throws you off, you know, because it came back like that and then, it just discourages you, somewhat,” Jackson said.

Hubbard says her mother's also had a sticker on it.

“You could tell it went to the voters registration office because someone seemed like in that office must have put the sticker on there but then yet it came back to the house,” Hubbard said. “Well, we call and they couldn't tell us why it came back.”

The Smith County Elections Administration Office says if a mail-in ballot is returned, it can be put back in the mail or dropped off at their office located at 304 East Ferguson Street in Tyler.

Ballots that are put back in the mail must be postmarked a day before the election ot they'll need to be dropped off to the elections office by Tuesday.