"You can't go in the house. You can't do anything outside let alone have any food or drink." 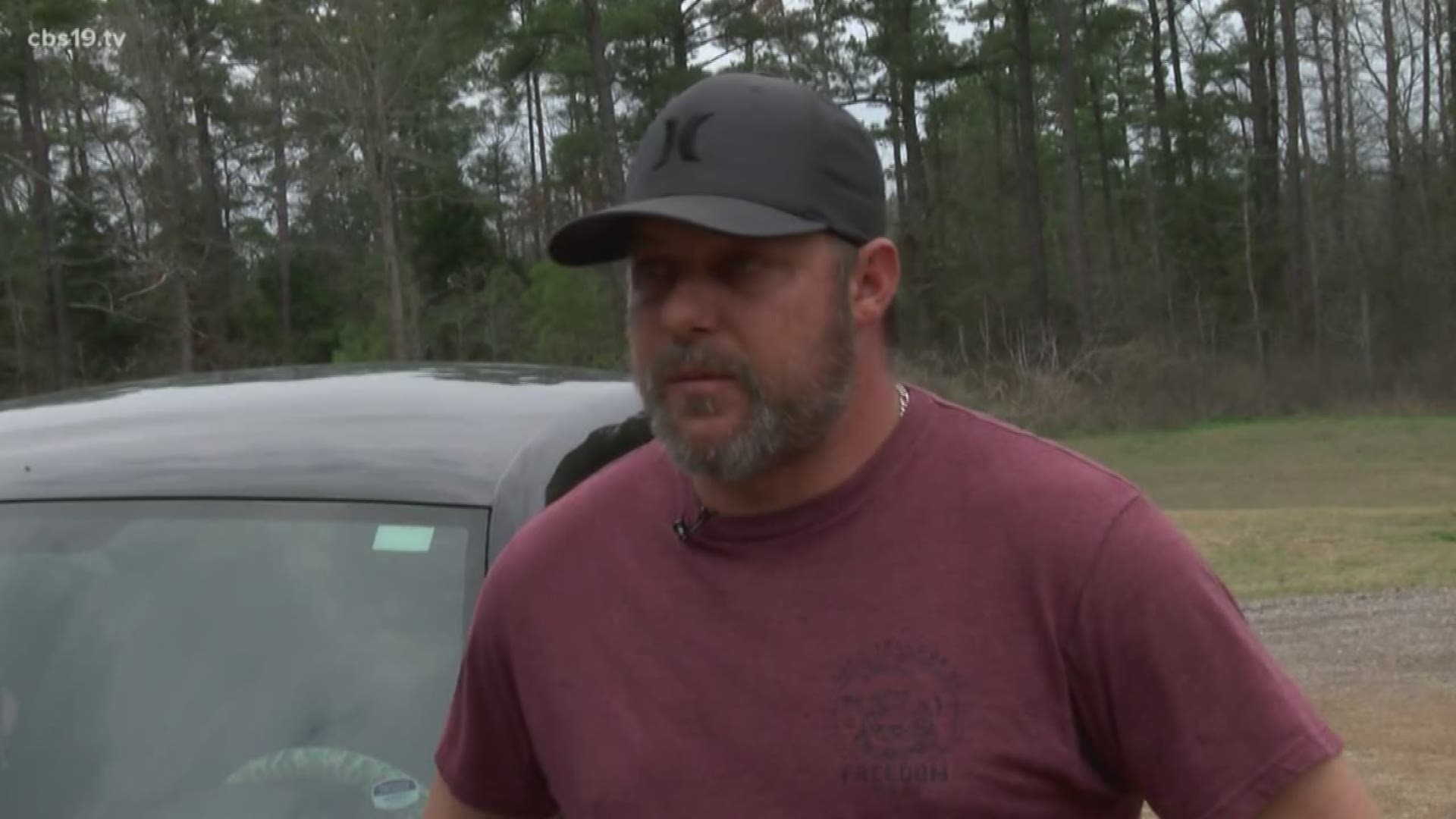 STARRVILLE, Texas — Winona and Starville residents are concerned with a number of flies swarming their property.

Many believe the issue is due to several chicken farms that have sprung up around their neighborhoods. For months, homeowners say they have been swatting away hundreds of bugs by the hour. Some residents say no one is responding to their calls for change.

"You can't go in the house. You can't do anything outside let alone have any food or drink," resident Jeff Ayotee said. "It's destroyed our normal routine activities out here."

Many residents say they are having to exterminate dozens of flies at a time.

"Buying traps for the flies, spraying my home property, and miscellaneous pesticides that I've tried to use, that I've researched on, [I have spent] close to $300-$400," Ayotte said.

Ayotte and other residents say they have reached out for help, and nothing is getting done.

"We've basically been left in the dark," Ayotte said. "We feel like, everybody kind of feels neglected."

Ever since Sanderson Farms opened up shop in early 2019 and brought various chicken farms along with it, Ayotte says it has been a nightmare.

"Ten years and I've never experienced anything like this until they went operational," Ayotte remembered.

At the beginning of this year, CBS 19 placed calls to Smith County Commissioner for Precinct 3, Terry Phillips about health and property hazards regarding the new chicken farms. His office said it is out of his control and referred us to The Texas Commission on Environmental Quality (TCEQ).

When CBS 19 reached out to TCEQ, they referred us to the Supervisor for Poultry and Water Quality Management for Texas State Soil and Water Conservative.

After voicemails and emails, CBS 19 has not heard back from any of those agencies.

"Do something, do some sort of fly control." Ayotte said. "When they bring that litter out, cover it. Put it in a container. Do something with it to where the flies don't have any access to it or if they do have access to it. Spray it down with something."

According to court records, $6 million was awarded to Henderson County residents in 2017, in a class-action lawsuit against Sanderson Farms for a "persistent nuisance odor."

There's something that needs to be done and there needs to be a regulation in place," Ayotte explained. "If they're going to come out here and create this public nuance and a health hazard, then somebody needs to be held accountable for it. "

Winona and Starville residents are planning to speak with Sanderson Farms next week.