CBS19 has received 103-documents outlining investigations conducted by the Texas Department of Health and Human Services into reports regarding Azleway Boys Ranch in Tyler. 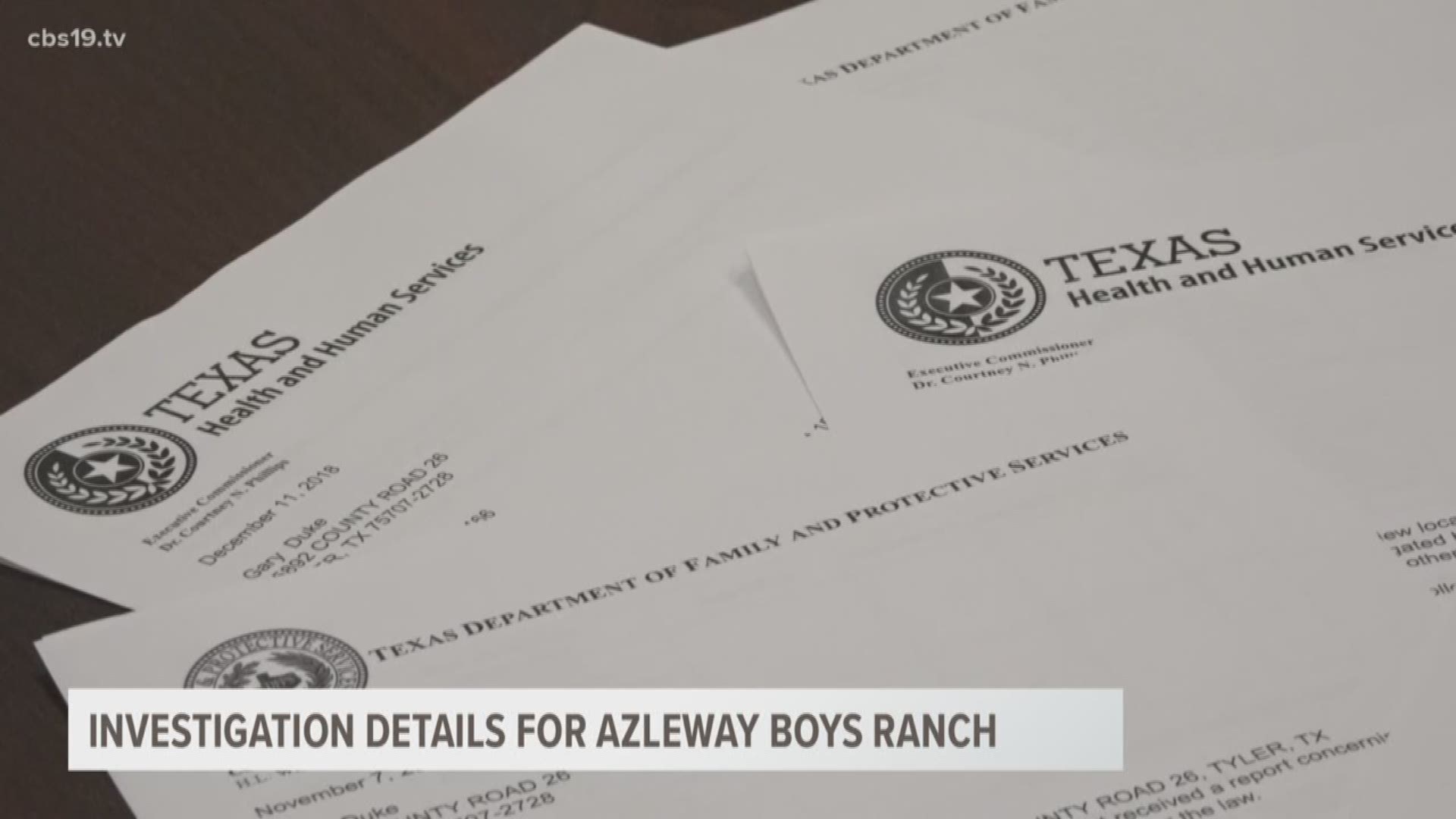 TYLER — Physical attacks, unsupervised children, and even, sexual misconduct between residents; these are all among the allegations that sparked state investigations into happenings at Azleway Boys Ranch in Tyler between 2016 to as recently as December 11, 2018.

The reports were provided exclusively to CBS19 by the Texas Department of Health and Human Services, also known as HHSC. The agency provides licensing and ensures facilities like the ranch meets minimum regulatory standards. HHSC also conducts initial investigations of reports of abuse and neglect at said facilities.

Each of the 103- investigation notices CBS19 received from the agency are addressed to the ranch's former executive director, Gary Duke, who is leaving his position, effective January 1, 2019.

Among the documents are several allegations where residents were reported to have "sexually act out", including an incident on November 12, 2018 where, “a child in care at the ranch was accused of raping another child.”

There's also several claims of boys being left unsupervised, resulting in injuries to some of the residents. In one case, less than a month ago, "a child in care was able to gain access of a butcher knife in order to make threats of bodily harm."

Also among the claims investigated by HHSC are allegations into inappropriate behavior by caregivers at the ranch. Caregivers are accused of exposing the boys to drugs like marijuana and to pornographic materials. In addition to that, several reports allege inappropriate punishment, threats of physical harm, and verbal abuse by the caregivers towards the residents.

As for the younger boys who were living at the ranch, he told us they would be "either sent back home, placed in foster homes or other programs."

When asked of any active state investigations into sexual misconduct and inappropriate behavior at the ranch, Amidon said he was quote "not aware of" any said investigations.

CBS19 will continue to investigate the claims against caregivers and residents at Azleway Boys Ranch. As more information is received, it will be shared online and on-air.