The shooting happened at the Longview Square Apartments. 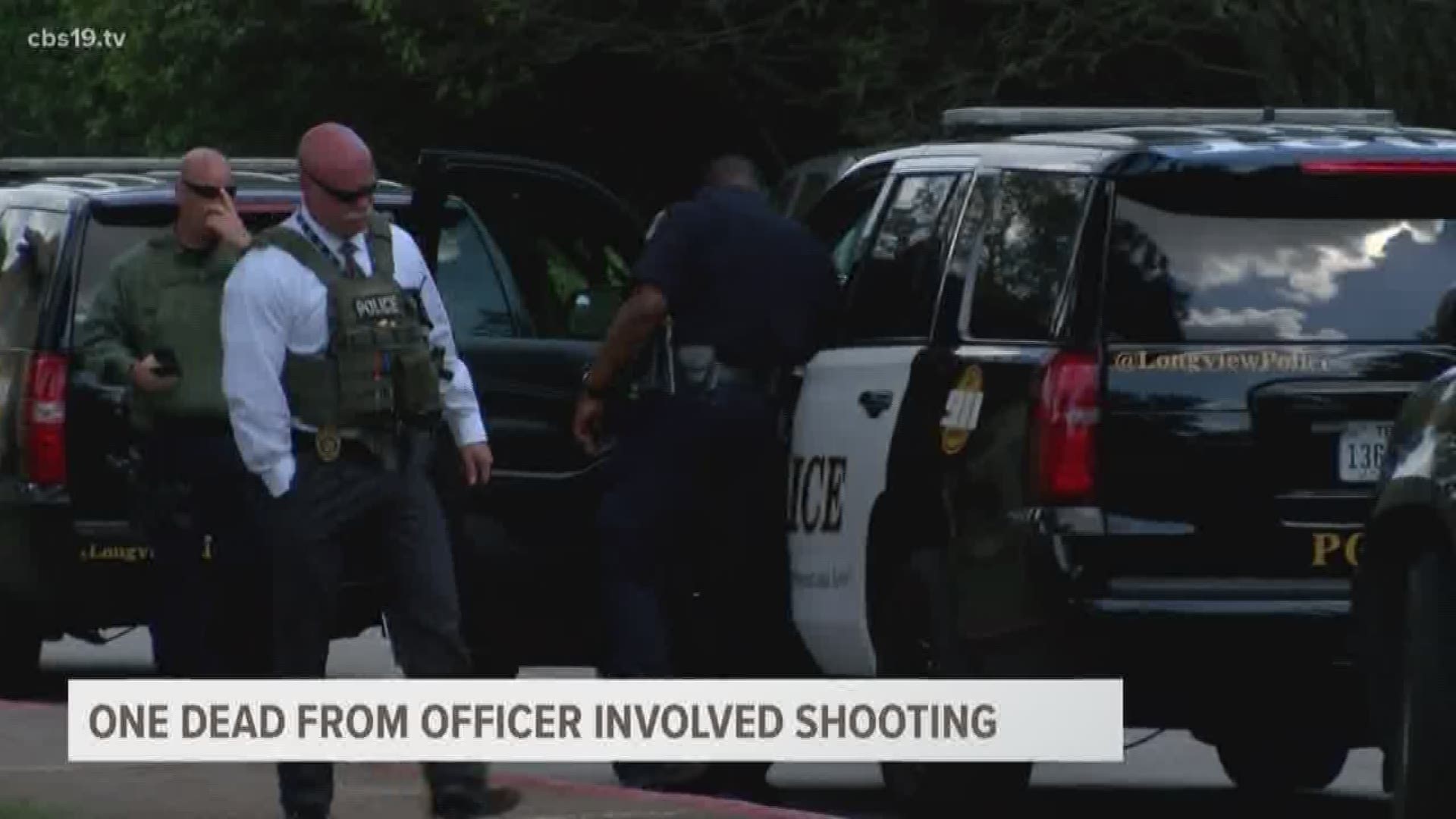 LONGVIEW, Texas — One suspect was shot and killed by Longview police following an incident at an apartment complex.

According to the Longview Police Department, around 10:40 a.m., officers responded to a report regarding a criminal trespass at an unspecified business on Loop 281. When police ran the vehicle's plates, they found the vehicle had been stolen during an aggravated robbery.

Police responded to Longview Square Apartments after receiving a report of the same vehicle being at the complex.

According to Longview police, one of the suspects, identified as 18-year-old Detravian Allison, was armed with a handgun. Police say the Allison raised the gun at the officers. Officers opened fire against the suspect and shot him. He was taken to the hospital where he later died.

The complex was evacuated. CBS 19 crews observed a search of the apartments, and police told the media move further away from the scene.

Police took a second male subject from the complex in handcuffs and drove him away in a squad car for questioning. Police did not say whether the man was involved in the incident.

The vehicle police say was reported stolen was towed away from the scene. The scene is now clear.

Longview police say the officers involved will be on paid administrative leave as the Texas Rangers investigate the incident.

This is a developing story. CBS 19 will update this story as more information becomes available.