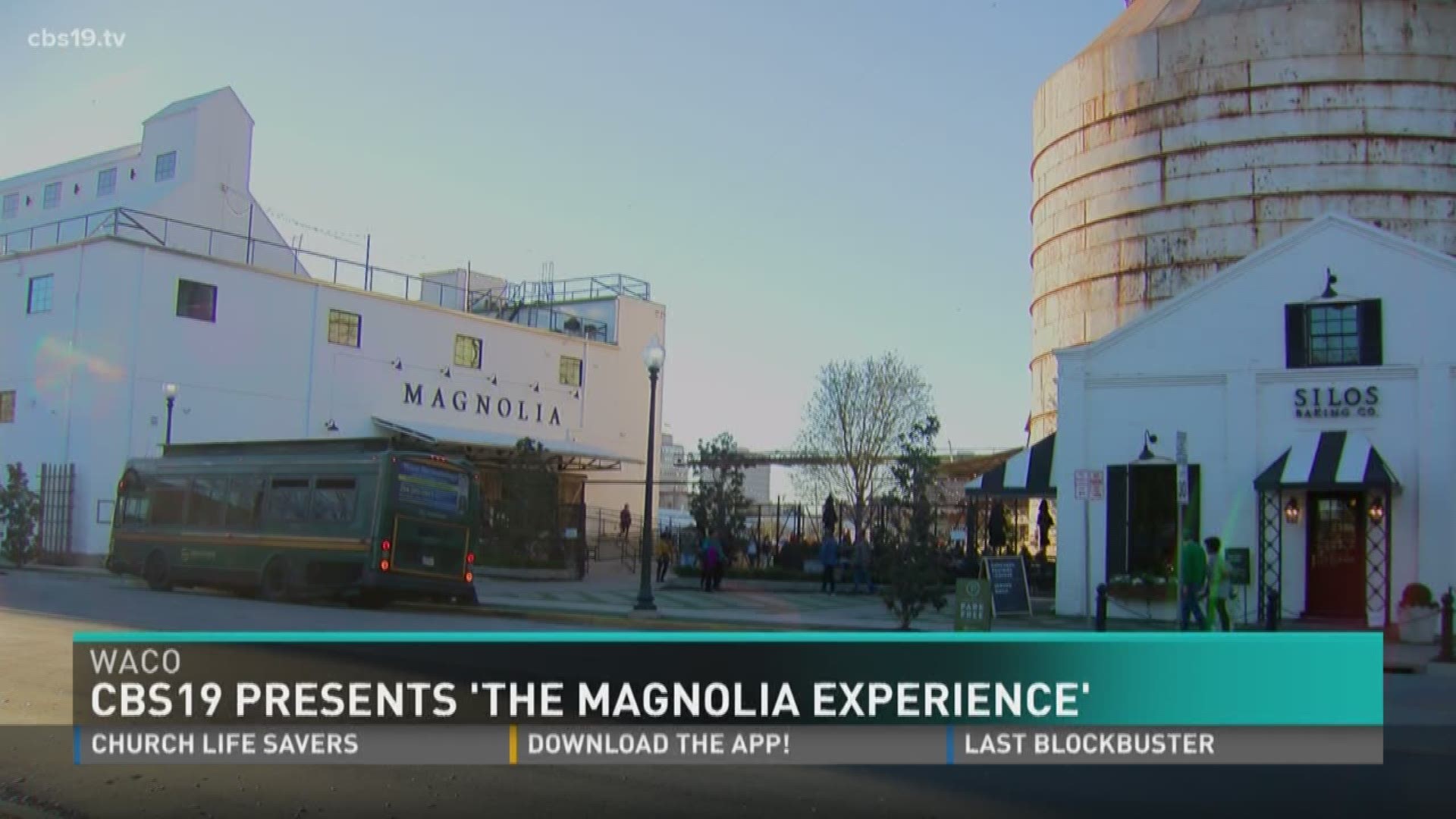 WACO, Texas – It's not Houston, Dallas or even Austin, but it's a thriving Texas city and millions of tourists are flocking to the area.

Waco is home to several museums and attractions and was recently voted as a top trending destination in Texas by Trip Advisor.

The question we all want answered – why are so many people excited to visit Waco?

Let’s begin with the Magnolia Market.

"People are coming in droves from all 50 states, from other nations,” said Carla Pendergraft, Director of Marketing for the Waco Convention and Visitors Bureau. “People in Australia love Fixer Upper and they want to see Chip and Joanna's town because they show it in the most beautiful light, the Waco that we all know and love."

The Magnolia Market at the Silos – now considered a must-see destination in Waco was started by Chip and Joanna Gaines, the stars of "Fixer Upper," one of HGTV’s most watched home improvement shows since 2013.

While the Magnolia Market has been a major draw for millions of tourists, it isn't the only reason people are making the trip to Central Texas.

Take for instance the Cameron Park Zoo, home to more than 2000 animals and over 200 species.

It's a real-life adventure on 52-acres in Waco along the Brazos River.

"I think mostly because of our size and families feel very safe here, said Duane McGregor, Marketing Director at the Cameron Park Zoo. “We are in a natural setting and all the exhibits were built from the ground and are natural."

The Texas Ranger Hall of Fame is another hidden gem.

The historical museum has welcomed more than four million visitors through its doors.

While walking down the halls of the museum, you can see the oldest Texas ranger badge and many other hidden treasures throughout the facility.

"I know a lot of our visitors really love seeing Clayton Moore's ‘Lone Ranger’ mask,” said Christine Rothenbush, the Marketing and Development Coordinator at the Texas Ranger Museum. “It's one of a handful of masks that have survived from the production and so they really get a kick out of that.”

Waco is also the home of Dr Pepper.

“Dr Pepper was invented in Waco,” said Mary Beth Farrell, Communications Manager at the Dr Pepper Museum in Waco. “Other than Magnolia, that's a big draw here now, we are one of the unique things about Waco.”

The soft drink was created, manufactured and sold beginning in 1885 in the small town.

Waco is also home to several other museums, including the Texas Sports Hall of Fame and the Mayborn Museum on Baylor University's campus.

If you’d like to learn more about either place, click the individual links above or reach out to the Waco Convention and Visitors Bureau.

YOU can visit Waco on CBS19, just head over to our Facebook Page, like it and follow the link to be entered into the CBS19 “Magnolia Experience Sweepstakes.”