The rule change is part of the state's 2021 qualified action plan, which guides how Texas will spend federal funds on developing affordable housing. 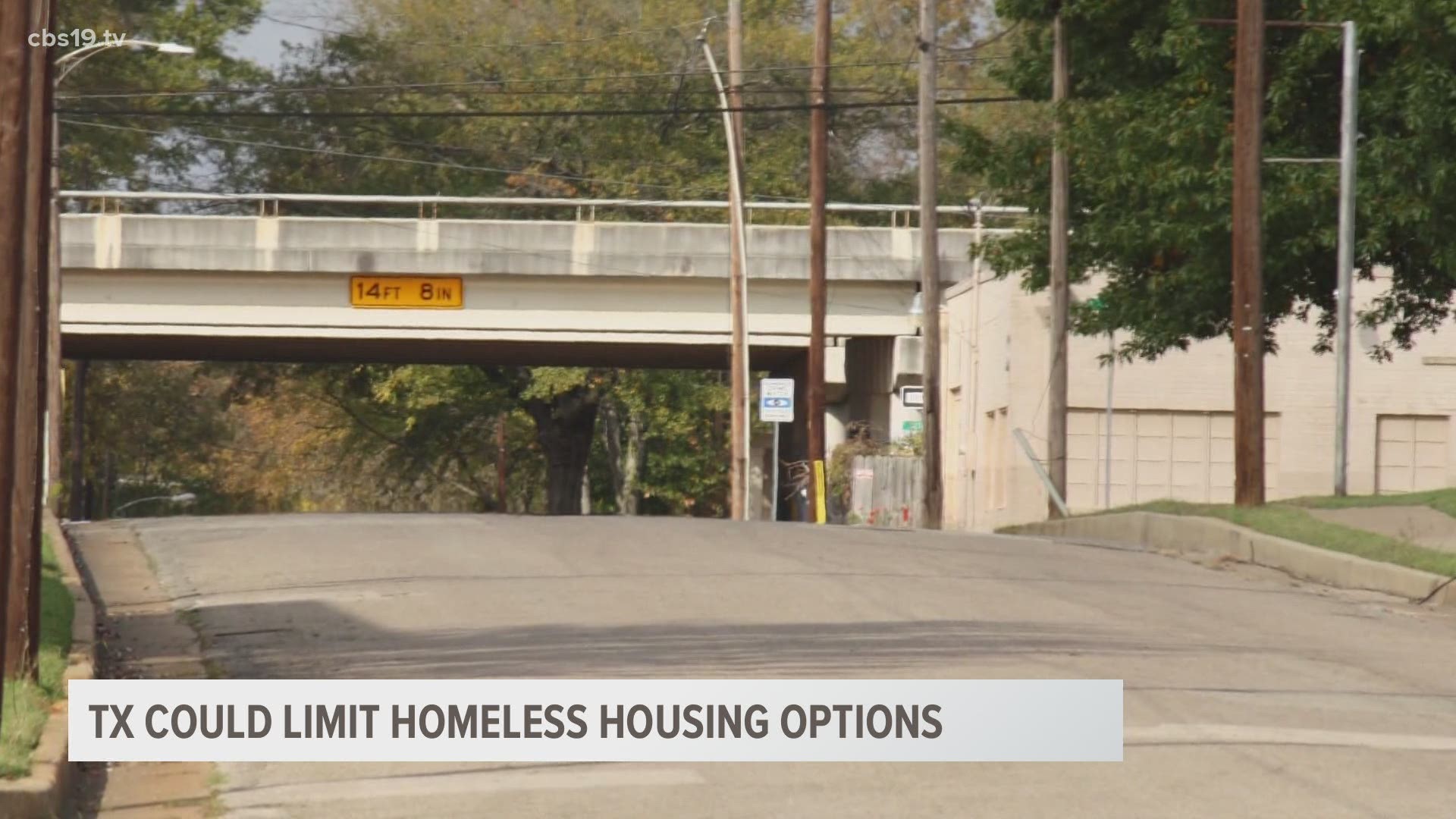 TYLER, Texas — Supportive housing developments help to reduce homelessness and provide services to those in need. A proposal by the Texas Department of Housing and Community Affairs would make it harder for certain people to access affordable housing.

The agency plans to block prospective tenants who have committed some violent felonies and some drug-related offenses from living in new developments financed with low-income housing tax credits for three to seven years after their convictions. The rule change is part of the state's 2021 qualified action plan, which guides how Texas will spend federal funds on developing affordable housing.

Tim Wiseman, executive director of Wiseman Ministries, works with the homeless community through rehabilitation and offering services to get people back on their feet. He feels the plan doesn't take into consideration being on the street increases a person's chance of being arrested.

"I think it's a hindrance, and I don't think they're looking at all the data to really understand the needs of individuals," he said. "The majority definitely come with something on their background. Maybe not all of them have major felonies or some type of violent or aggravated assaults, but we get a wide variety of people that come that have something on their background."

The rule change would include a mandatory process that allows a denied applicant a chance to show documents, like proof of involvement in substance abuse programs or letters of recommendation for reconsideration. However, this doesn't guarantee approval.

Many affordable housing developments already have rules like this in place but are not enforced by the state. At this time, advocates for a potential tenant can try to negotiate and find ways to allow that person to have a home and access to services if they've already been denied.

The blanket proposal also doesn't make exceptions for those with mental health or trauma, which could have contributed to their criminal records.

"They need to loosen some more of these restrictions for people that are trying to get a leg up in life," Wiseman said. "I don't think a standard across the board is fair."

Money for the housing tax-credit program comes from federal funds managed by the state. It doesn't appear the rule change would save taxpayers money, supportive housing costs less than $20,000 per person for rent and social services.

A chronically homeless person costs taxpayers on average more than $35,500 per year. In Smith County, it costs nearly $24,000 to house an inmate for one year.

Governor Gregg Abbott has until Dec. 1 to approve the rule change.