The lawsuit filed in Travis County alleges the governor's executive order forcing bars to close due to COVID-19 is unconstitutional. 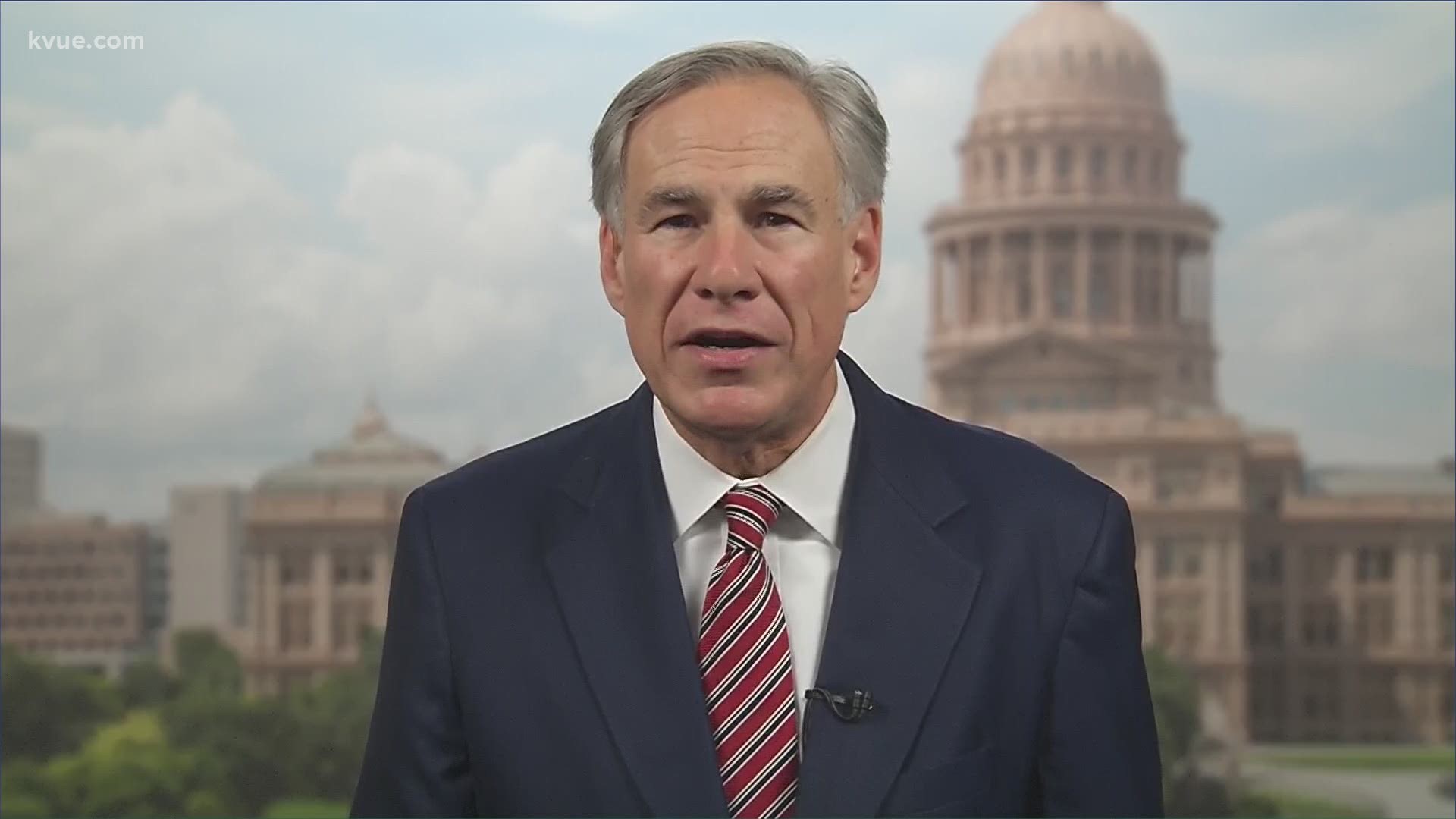 AUSTIN, Texas — Editor's Note: Video above is from an one-on-one interview with Texas Governor Greg Abbott about his executive order closing bars in Texas.

The owners of more than 30 bars across the state of Texas, including two owners in East Texas, filed a lawsuit against the State of Texas and Governor Greg Abbott alleging the governor's latest order closing bars in the state is unconstitutional.

The Texas Tribune reported Jared Woodfill, a Houston attorney who had made previous attempt to stop shutdown orders during the COVID-19 pandemic, filed the lawsuit in Travis County.

"The rights Plaintiffs enjoy under the Texas Constitution are being trampled on by Defendants, while millions of individuals have lost their jobs and thousands of businesses are on the brink of bankruptcy," the lawsuit says. "If Defendants’ conduct is not restrained and declared unconstitutional, once this virus passes, the rights enjoyed by Plaintiffs under the Texas Constitution will be forever damaged."

Specifically, the lawsuit alleges Governor Abbott's executive order violates Article XI and Article I of the Texas Constitution as well as the Disaster Act of 1975, among others.

The plaintiffs in the case are asking the court to rule the order invalid and allow bars to reopen. The plaintiffs are also asking for "monetary relief of less than $100,000."

On May 22, bars were allowed to reopen in Texas at reduced capacity for the first time since Gov. Abbott shut down non-essential businesses in the state. The TABC forced multiple bars to close after officials said they did not abide by state health guidelines.

On June 26, Governor Greg Abbott ordered all bars to close by noon in response to a spike in COVID-19 cases in Texas. The governor blamed bars for being partially responsible for the recent spike in cases.

Several bars responded by defying the order outright, including Outlaws in Longview. As a result, the Texas Alcohol and Beverage Commission suspended the bar's liquor license for 30 days.

On Saturday, more than 100 people gathered at the Machine Shed Bar and Grill to rally in support for bar owners and to urge the governor to lift the closures. There was also a protest of bar owners in Austin.

RELATED: Austin bar owners protest the shutting down of bars by Gov. Abbott