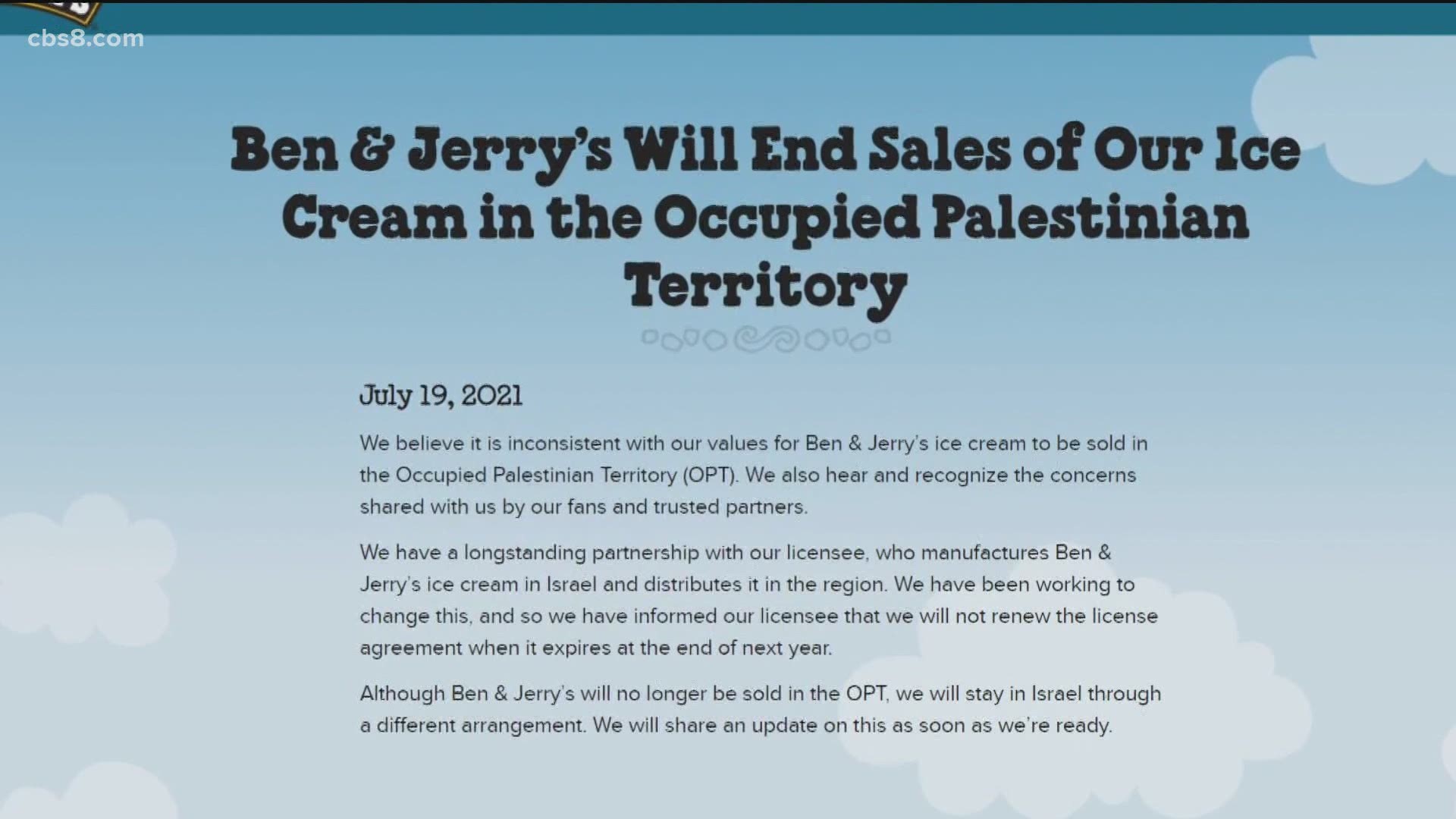 AUSTIN, Texas — Texas Comptroller Glenn Hegar announced Thursday that, effective immediately, Ben & Jerry's and its parent company, Unilever, have been added to the state's list of companies that boycott Israel.

According to the comptroller's office, this action was made pursuant to Texas Government Code Chapter 808. It defines "boycott Israel" as "refusing to deal with, terminating business activities with, or otherwise taking any action that is intended to penalize, inflict economic harm on or limit commercial relations specifically with Israel or with a person or entity doing business in Israel or in an Israeli-controlled territory...”

Hegar's office said the agency follows an established process when making decisions to add a business or company to this list.

“As with any of our listing decisions, my office, in cooperation with our research providers, carefully reviewed statements and activities by both Ben & Jerry’s and Unilever before concluding that they are suitable candidates for the Texas list,” Hegar said. “Texas law is clear on this issue, and my office has long supported Israel through our Israel bond holdings as well as our lists of scrutinized companies with ties to Iran and those with ties to foreign terrorist organizations.”

The updated list, as well as other Comptroller-maintained Divestment Statute lists and relevant Government Code provisions, can be found on the comptroller’s website.