The "Tip of the Spear" program, started by Scott Peters, teaches safer ways to play football. 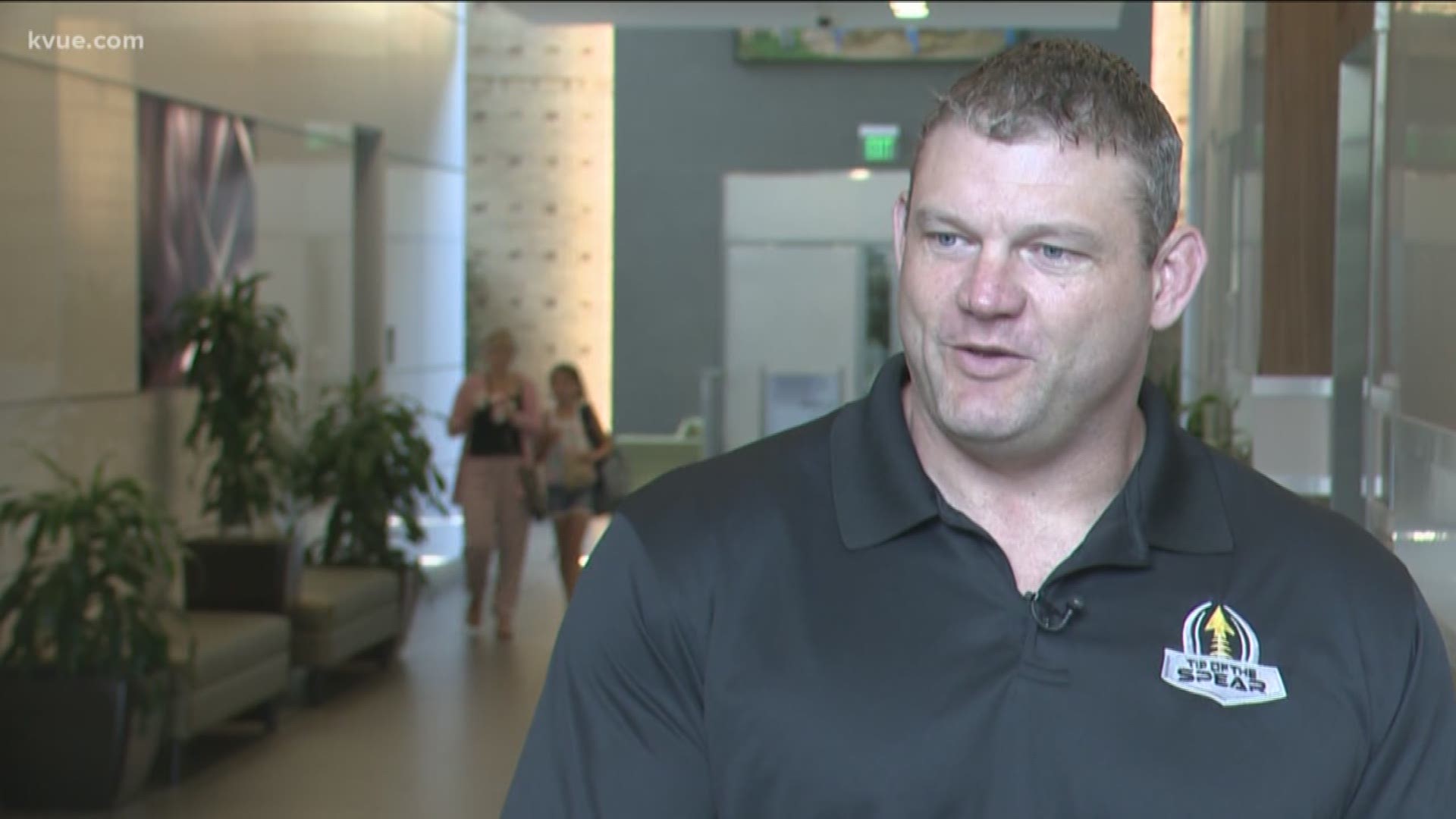 AUSTIN, Texas — A former NFL football player is trying to prevent concussions by teaching safer ways to play the game.

Scott Peters said he probably got a few concussions in his days playing for the Philadelphia Eagles and Carolina Panthers.

Now, he's trying to save the brains of young football players.

Peters was the keynote speaker at the Concussion Health Summit at Dell Children's Medical Center on Sunday.

He started a program called "Tip of the Spear," which teaches coaches how to play the game without using your head.

"You don't move furniture in your house with your head. Most people don't. We use our hands, our shoulders, things that are more beneficial from a performance standpoint but the by-product of that is winning," Peters said. "We teach a lot of body control then how to apply force on the field where you can perform at your optimal level, but again the by-product is safety because you're not hitting with your helmet."

Peters said football is worth playing, but only when you play it right.

"I wouldn't go back and play it the way I played it because that's ridiculous ... I'm not here to do one thing. Football is not the end all be all. It's amazing, it's a tool, it's an amazing experience but it's not something you will do forever, it's a short-lived career, ultimately," Peters said. "I wouldn't even call it a career. It's a dead-end job."

Tip of the Spear is a year-round program for coaches at the youth, high school and collegiate levels.