Harris County Judge Lina Hidalgo called the legislation a solution in search of a problem that weaponizes the election system against voters. 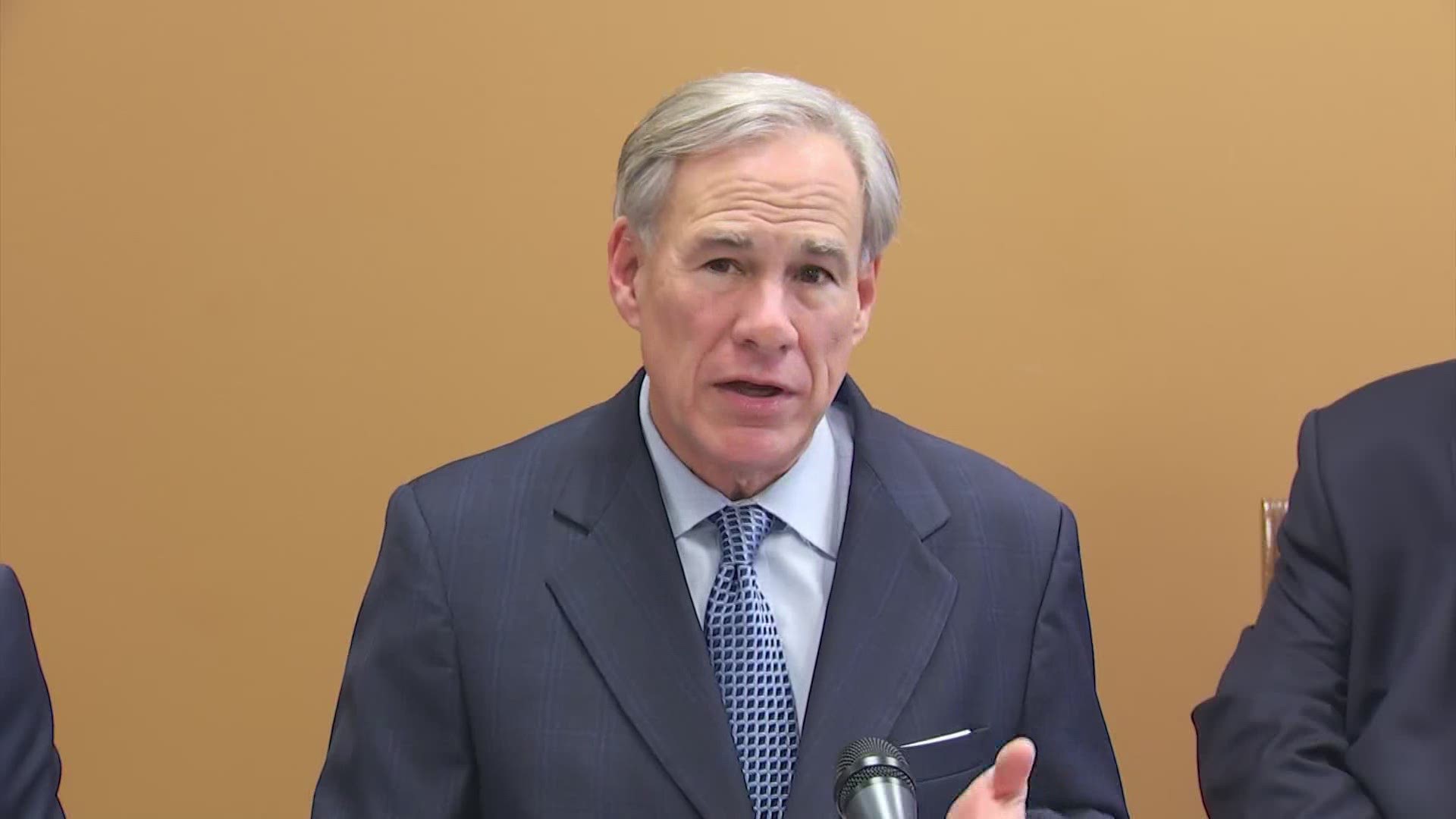 HARRIS COUNTY, Texas — Texas Gov. Greg Abbott says he wants to put a stop to voter fraud with a bill that would eliminate some of the options Harris County voters had in the 2020 presidential election.

On Monday, Abbott joined Sen. Paul Bettencourt and Rep. Briscoe Cain to discuss election integrity legislation they say will ensure every eligible voter gets to vote and that only the eligible votes will count.

Their bill would limit who can receive absentee ballots, eliminate drive-thru voting and prevent sending ballots to people registered at P.O. boxes.

"Doesn’t matter what party you’re in, it doesn’t matter your party affiliation, what matters is our collective efforts to agree and to achieve the goal of ensuring we promote integrity in the election process," Abbott said.

The governor claimed election integrity in 2020 was questioned in Harris County with the mail-in ballot process. He accused the county elections offices of trying to send unsolicited applications to millions of voters who would not be eligible to vote by mail.

But Harris County Judge Lina Hidalgo countered by saying the bill is a direct response to the massive success Harris County had with the 2020 election process.

Hidalgo labeled it as a solution in search of a problem that weaponizes the election system against voters.

She said the legislation would not only prevent the county from sending mail-in ballot applications but would also limit voting hours, therefore reducing voter turnout.

Hidalgo said their 2020 plan --  which included tripling the number of early voting locations and implementing late-night voting and drive-thru voting locations -- resulted in Harris County having the highest voter turnout.

But a KHOU 11 Investigates found there were few election complaints filed with Paxton's office in the 2020 election. In fact, Texas has received relatively few complaints of election improprieties in recent years.

From 2015 to 2020, the Texas Attorney General’s office received 197 election fraud complaints across the state, according to records obtained by KHOU 11 Investigates under the Texas Public Information Act. The complaints range from voter registration fraud, unlawful assistance, bribery and mail ballot fraud.

"2020, by all accounts, was probably the most secure election in this century,” Bob Stein, a Rice University political science professor and KHOU political analyst.

Abbott complained that Harris County allowed anyone to cast their ballot via curbside voting, which he claims should only be an option for certain voters. And he claimed poll watchers were denied their ability to do their jobs.

"All of those were used by all voters both Republican, Democrats, Independents, folks from all walks of life who are eligible voters took advantage of those policies," Hidalgo responded.

Abbott said the county's decision to set up drive-thru polling places for the 2020 election due to the COVID pandemic was illegal. But the Texas Supreme Court ruled drive-thru votes in Harris County were allowed and will not be thrown out despite many lawsuits fighting against this process.

Abbott said he is more than ready to sign the legislation when it makes it to his desk to ensure the reduction in the alleged voter fraud in the state.

We're incredibly proud of having shattered turnout records in 2020. That's how this beautiful system is supposed to work.

Laws designed to hold on to power by suppressing votes is the stuff of failed states, not the greatest democracy in the world.https://t.co/z8kEBqCNGJ