'You deserve answers. You will get those answers,' Gov. Abbott vows to Texans in winter storm update 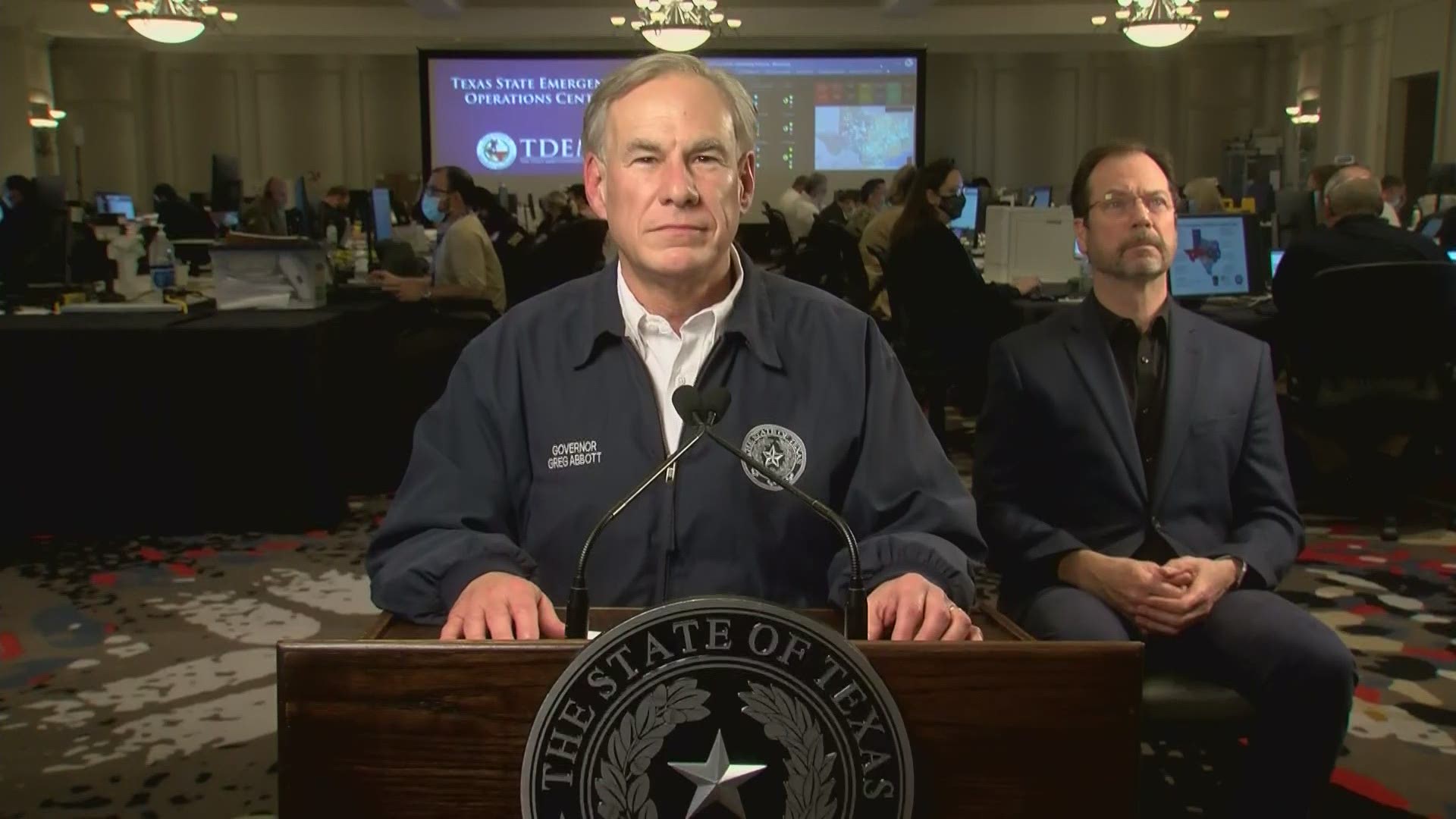 Last week's storms left millions of Texans without power during extreme cold temperatures and water for days afterward as infrastructure and homes suffered damage due to the cold.

The death toll from the storms and compounding issues will take weeks to determine, but insurers already predict that this will be the costliest natural disaster in state history.

"Tragic does not even begin to describe the devastation and suffering you have endured the past week," Abbott began.

"Many of you are angry — and you have a right to be. I’m angry too," Abbott said. "At a time when essential services were needed the most, the system broke. You deserve answers. You will get those answers.”

On Feb. 16, Abbott said he was making the power outages an emergency item for the states' legislative session, and called for an investigation into the Electric Reliability Council of Texas (ERCOT), as part of that effort.

Wednesday, Abbott said the office of the Texas Attorney General has launched a formal investigation into ERCOT.

On Thursday, lawmakers will hold an in-person hearing to begin addressing what went wrong. Texas House Joint Committee Hearing is scheduled to begin at 9 a.m.

The fact-finding hearing is expected to include four panels of speakers, including ERCOT officials, all invited by lawmakers.

"No words can fix what happened, or ease the pain that you have endured," Abbott said in his speech Wednesday night. "But I assure you of this, this legislative session will not end until we fix these problems. And we will ensure that the tragic events of the past week are never repeated."