Gov. Abbott announced he was adding the issue to the third special session's agenda earlier this week. 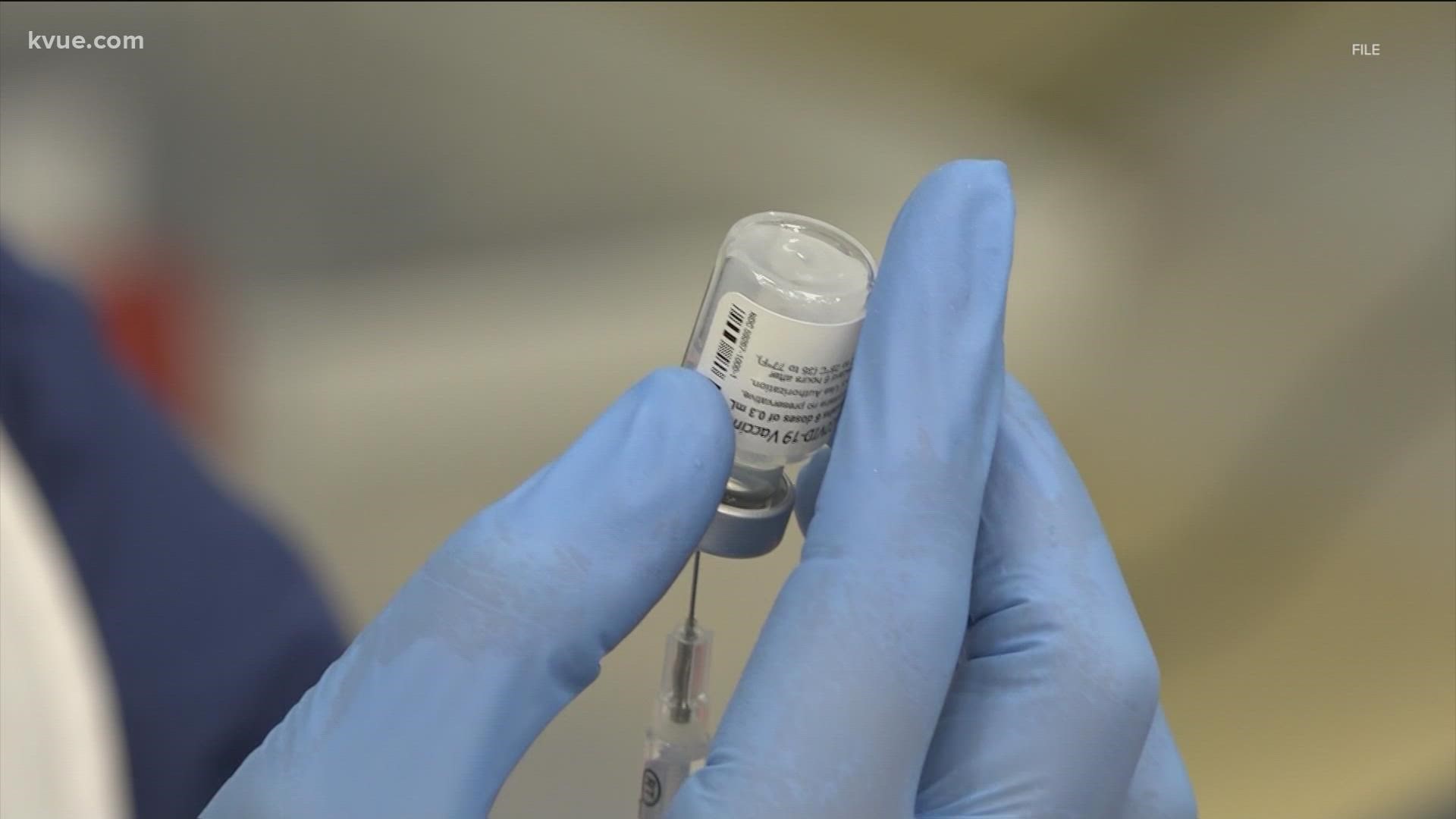 AUSTIN, Texas — After adding the issue to the third special session just three days ago, the Texas Senate is set to take up a bill concerning Gov. Greg Abbott's executive order banning Texas entities from requiring a COVID-19 vaccination from employees and customers.

The bill passed the State Affairs committee Thursday by a vote of 5 to 3, with 1 absent. It'll head to the Senate floor next.

"We might say that we have a clash of rights," Sen. Bryan Hughes, (R-Tyler), said. "We all recognize that employers and businesses have the right to run their businesses as they see fit. We also recognize that individuals have rights to make those important medical decisions. When those rights clash, as they do here, then it's appropriate for the people working through the Legislature to get involved."

According to Abbott, the rule applies to any individual who "objects to such vaccination for any reason of personal conscience, based on a religious belief or for medical reasons, including prior recovery from COVID-19."

If this legislation passes, the executive order, which has set up a maximum fine of $1,000 for failure to comply, will be rescinded.

"The COVID-19 vaccine is safe, effective and our best defense against the virus, but should remain voluntary and never forced," said Abbott in a release.

Last month, President Joe Biden directed the Occupational Safety and Health Administration (OSHA) to write a rule requiring employers with at least 100 workers to force employees to get vaccinated or produce weekly test results showing they are virus-free. The plan is part of an all-out effort to curb the impact of the highly contagious COVID-19 delta variant.

The Labor Department is still working on formal rules, but Abbott's new order goes directly against the president's plans.

"Gov. Abbott's executive order banning mandates and I would also note announcement by Governor DeSantis this morning, essentially, banning the implementation of mandates, fit a familiar pattern that we've seen of putting politics ahead of public health," White House Press Secretary Jen Psaki said. "Over 700,000 American lives have been lost due to COVID-19, including more than 56,000 in Florida and over 68,000 in Texas, and every leader should be focused on supporting efforts to save lives and end the pandemic."

The legislation is facing a ticking time clock to reach the finish line, as the third special session is set to end on Oct. 19.

Blanco River swells after heavy rain; Highway 80 bridge in San Marcos reopens after reports of residents in the water