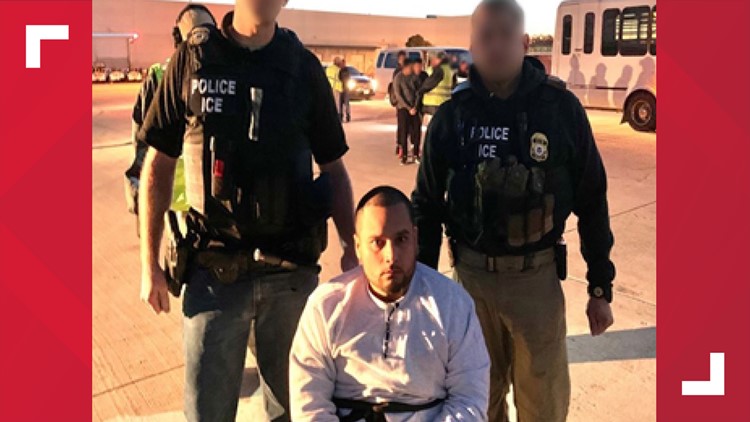 SAN ANTONIO — Immigration officials deported a documented member of MS-13 to El Salvador Thursday more than a year after he was caught crossing the border in the Rio Grande Valley.

U.S. Immigration and Customs Enforcement said 35-year-old Melvin Antonio Delgado is wanted by authorities in his home country for gang membership and illicit possession of drugs. He was removed aboard an ICE Air Operations charter flight without incident.

“The Delgado case shows how effective cooperation between U.S. and Salvadoran law enforcement authorities helps keep our communities safe from violent transnational gang members who try to find safe haven from their crimes in our country,” said Daniel Bible, field office director for Enforcement and Removal Operations for ICE in San Antonio.

Immigration officials say they found Delgado near Hidalgo, Texas on Oct. 20, 2018 after he illegally crossed into the United States. He was convicted in a Texas federal court days later and sentenced to two days in prison. He was transferred to ICE custody on Oct. 27, 2018, and an immigration judge issued him a final order of removal a year later.