Jenysis Casillas was diagnosed with a brain tumor this summer. The prognosis is grim, but it's not stopping her family from giving her a few more childhood memories. 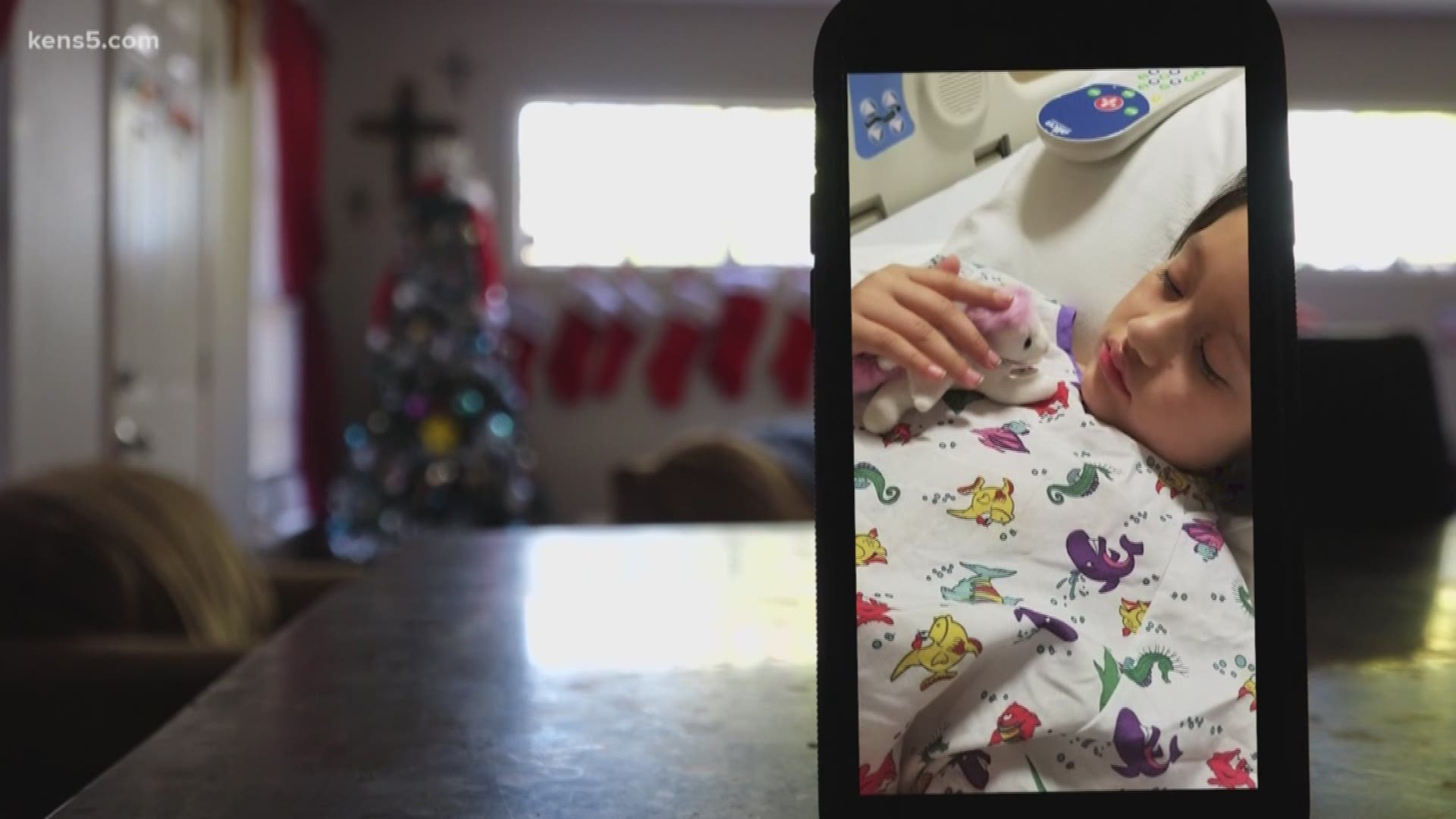 SAN ANTONIO — Digging through old videos can only assure Gloria Casillas of one thing: All she can ask for this Christmas is for a little more time.

The last few months for this mother has been unimaginable, an absolute nightmare. "The hardest part?" Casillas asked back. "It’s all hard, really."

But around her sweet 6-year-old girl, you wouldn't know. Jenysis Casillas is the very reason why this family puts on a brave face and smiles every day. "I would do anything for her," her grandmother Gloria Contreras said confidently.

Over the summer, Jenysis started to trip a lot and stopped using her left arm, so the family decided to take her to the Emergency Room.

"They first did a CT scan and saw a brain mass," Casillas said.

Jenysis attempted chemotherapy, but the tumor only grew. Doctors sent the young girl home, telling her family she only had a few weeks left.

"We were so naïve to childhood cancer," Casillas said. "We didn't think it there wasn't going to be a cure."

Happiness is something Jenysis hopes to see a little more of over the next few weeks, as she wished for something special after her Thanksgiving dinner. "I want to have the best Christmas ever," Jenysis said in a cellphone video of her holding the end of a wishbone.

"She said she wants decorations and not to be at home bored, so we've been trying to make that happen for her," Casillas said.

In a Facebook post, Gloria is calling on the community to donate any spare Christmas decorations one may have, like a string of lights, a fun display, anything to light up the life of this 6-year-old facing her darkest days.

"Give her the best Christmas ever," Casillas said.

Though the family may not get that gift of time, they'll surely make the most of what they have left. "Spend every day you can just enjoying the little things," Contreras said. "Those are what you remember those little things."

How To Texas: Food favorites in the Lone Star state