Superintendent Dr. Stephen Patterson said 100% of students were able to return to newly renovated classrooms this year, along with some upgrades. 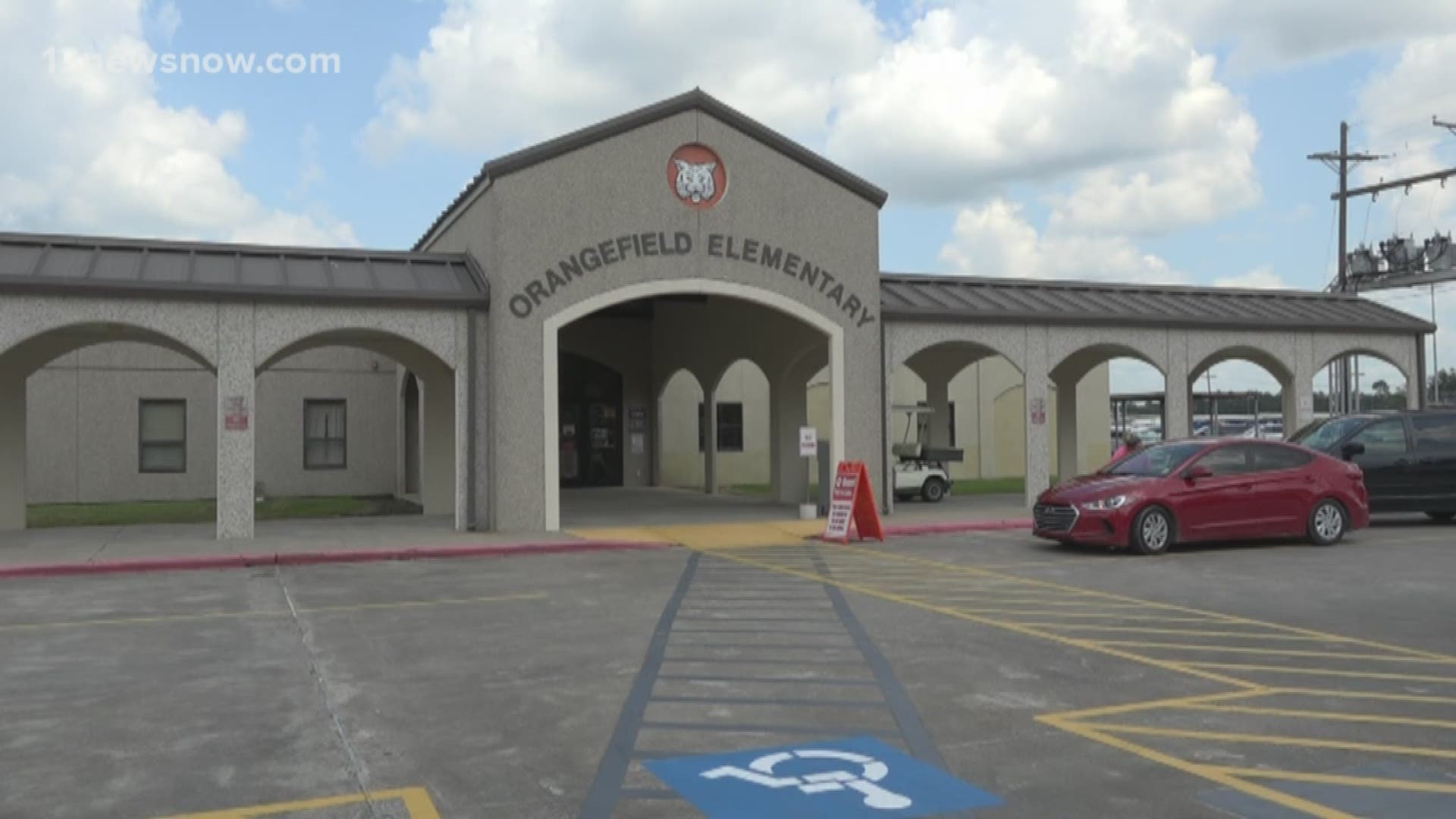 ORANGEFIELD, Texas — It's been a long road to repair for Orangefield Independent School District after Harvey knocked out about 130,000 square feet of instructional space.

That's about two-thirds of the district.

Since the storm, the district has had to made due with the space they had left. Superintendent Dr. Stephen Patterson said 100% of students were able to return to newly renovated classrooms this year, along with some upgrades.

Some of the big improvements made were the addition of resilient, no-wax flooring and tiled walls. Patterson said this will help the district save on upkeep. The biggest expense outside of the rebuild was the addition of improved school security.

They now have security vestibules on each campus, as well as access control systems. Patterson said employees need a badge to enter, and visitors must ring in before they're allowed in the building.

Each classroom has new bookshelves and technology. The library was fully refurnished, apart from one chair that was saved during the storm. They also replaced the tables in the cafeteria.

RELATED: Students at Orangefield Elementary back in classrooms 17 months after Harvey

They used a combination of insurance funds, FEMA funds and district savings to cover the expenses. The improvements were at no cost to the local tax payer.

In fact, Patterson said Monday night the district's board of trustees dropped the tax rate 10 cents.

The elementary and high school were the only schools damaged in the storm. The district was able to salvage some furniture and technology from the storm. Patterson said the majority of the repairs were finished by mid-May.

It's important to Patterson to provide a safe, secure and updated environment to the students of Orangefield ISD. He said this will allow them to reach their full potential, and pass it on to generations to come.

"There's no bigger resource anywhere in the state of Texas than our children," he said. "To see them return to normalcy, and in some ways, see the them come back to an improved environment, there's no better feeling."

Christi Kovatch is the PTA president, and mother to five students in the district. She said administrators have done an amazing job of making sure students have had what they needed throughout the repair. She said the year is already off to a great start. Being back in a classroom has given students consistency.

"They did a fantastic job last year, and I think the kids felt safe, they did have consistency last year, but now that the teachers are in their permanent homes it is a lot better," Kovatch said.

She's happy the school was not only able to renovate, but also make some upgrades. Kovatch said the safety features are something she's especially excited about.

"I think we're really going to see the kids thrive this year, and the schools going to be a happy and great place for them," she said.

Now that they've completed the Harvey repairs, all that remains is their pre-storm list of routine maintenance projects. This includes the roof, which was scheduled to be worked on before Harvey.