'We're at a crisis point in Texas.' 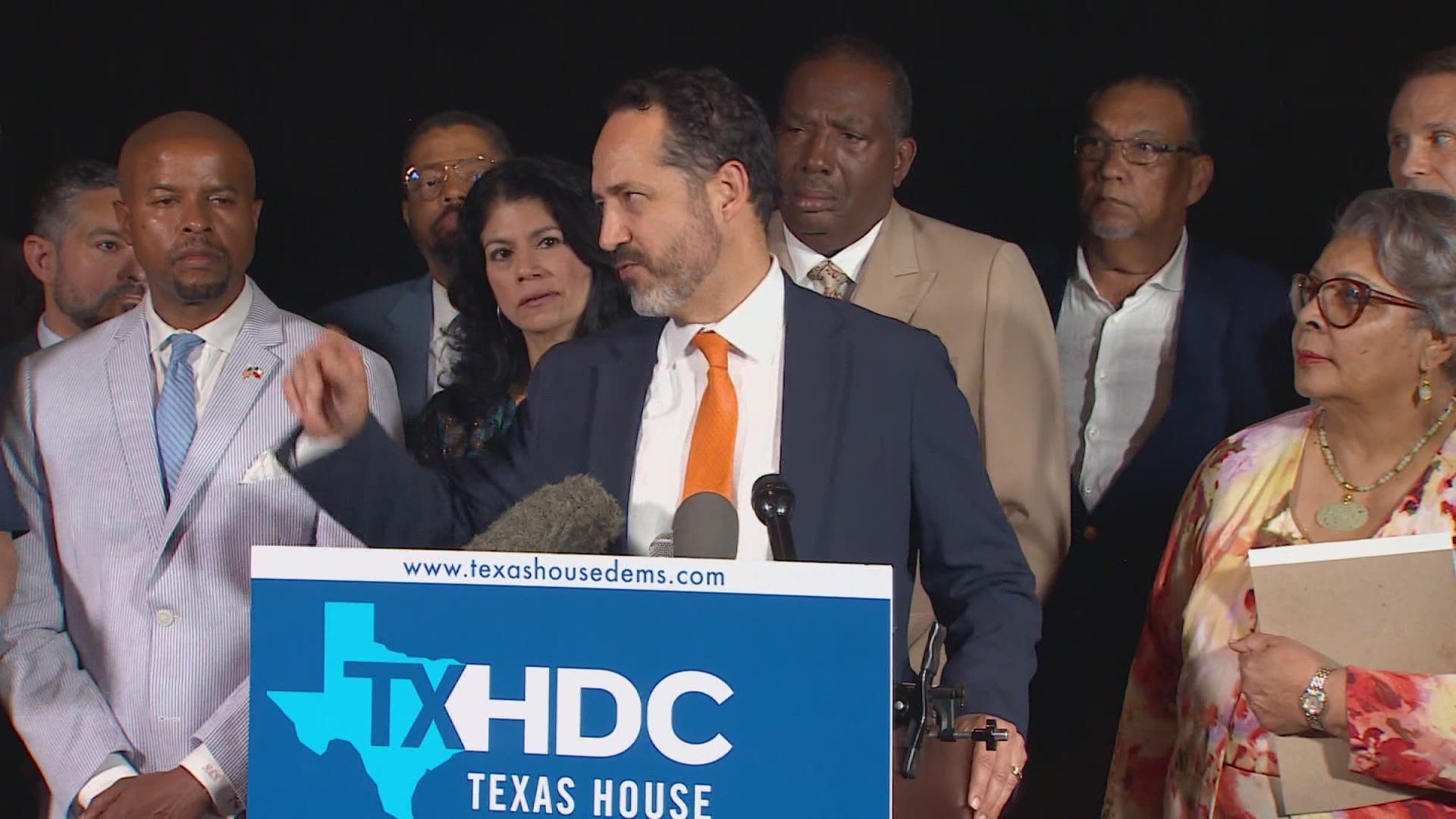 WASHINGTON — Texas Democrats on Wednesday pushed back on criticisms of their stay in Washington, D.C. to break quorum over the Republicans' voting bill, saying they've had productive conversations as they advocate for federal election legislation.

RELATED: VERIFY: Who's paying for Texas Democrats' trip to Washington?

State Rep. Chris Turner, of Grand Prairie, said the Texas Democrats plan to stay in Washington for the remainder of the Texas Legislature's special session — 24 more days — to "kill this bill," referring to House Bill 3.

Turner called the legislators' meetings in D.C. "productive and focused." The Texas Democrats on Tuesday met with Vice President Kamala Harris and met with several U.S. senators on Wednesday, along with other members of Texas' federal delegation.

While Turner had no specifics on federal legislation, he said there has been a "100% commitment to achieving action on voter rights" in their meetings with federal legislators.

"We are making the case it has to happen now," Turner said. "We're at a crisis point in Texas."

RELATED: Last time Democrats fled Texas was in 2003, and one former lawmaker has his arrest warrant framed

West and other legislators on Wednesday focused specifically on Republicans' efforts to ban drive-thru voting, which was held in Harris County in the November election.

"What's wrong with it?" West said. "It made it more accessible to minorities ... If there are problems with drive-thru [voting], let's fix them. If we sit down, as opposed to having oppression laws choke us down, then we can probably come up with something." 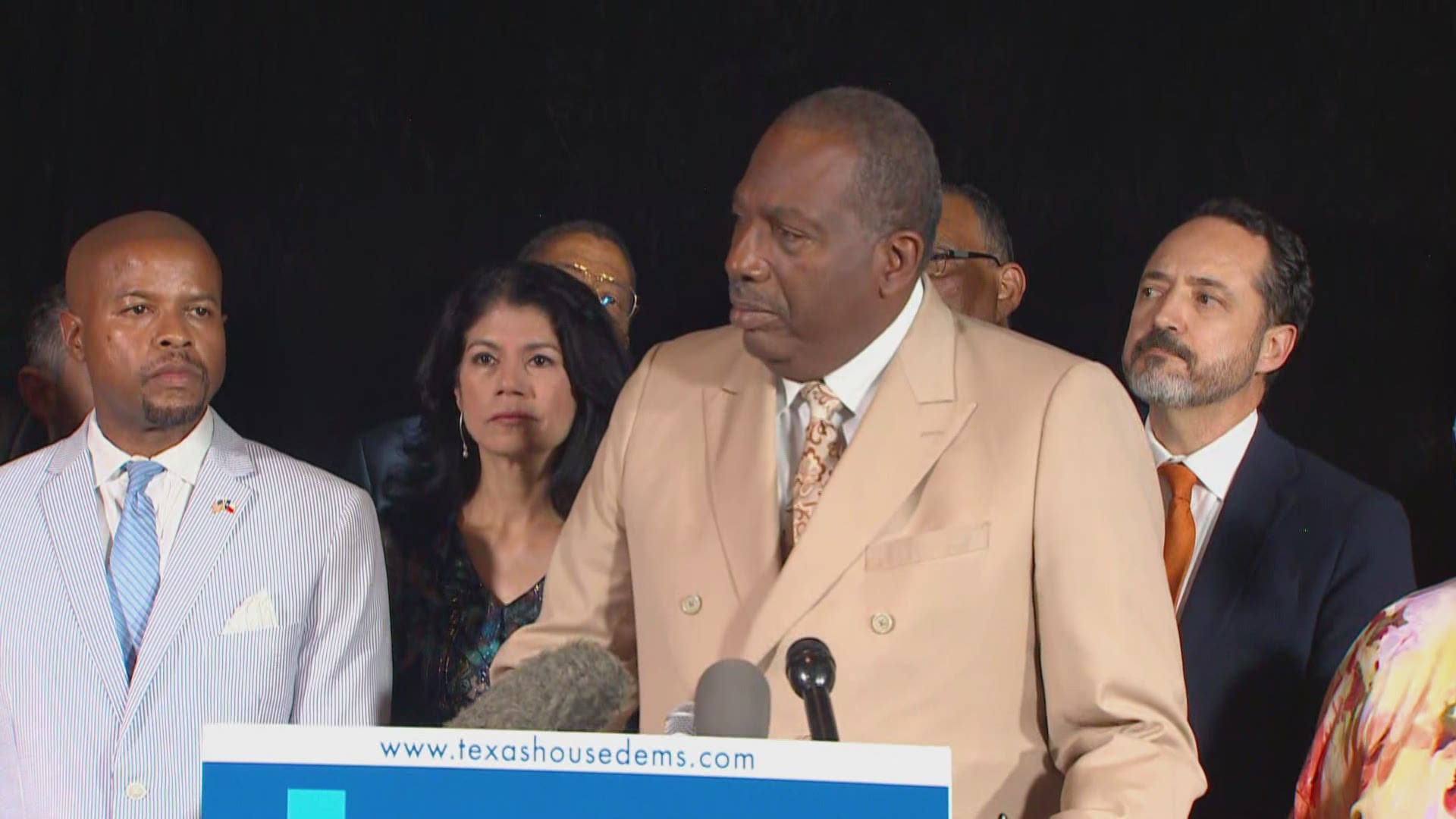 State Sen. Carol Alvarado, who represents parts of Houston and Harris County, said 10,000 people used drive-thru voting in Harris County in November and that half were people of color, and 60% were women.

State Rep. Victoria Neave, of Dallas, said the Democrats have heard from families across Texas who said a ban on the drive-thru voting would be "devastating" and have a "detrimental impact" on parents who don't have childcare options.

"Our rights are under attack," Alvarado said, "and we're here to defend them." 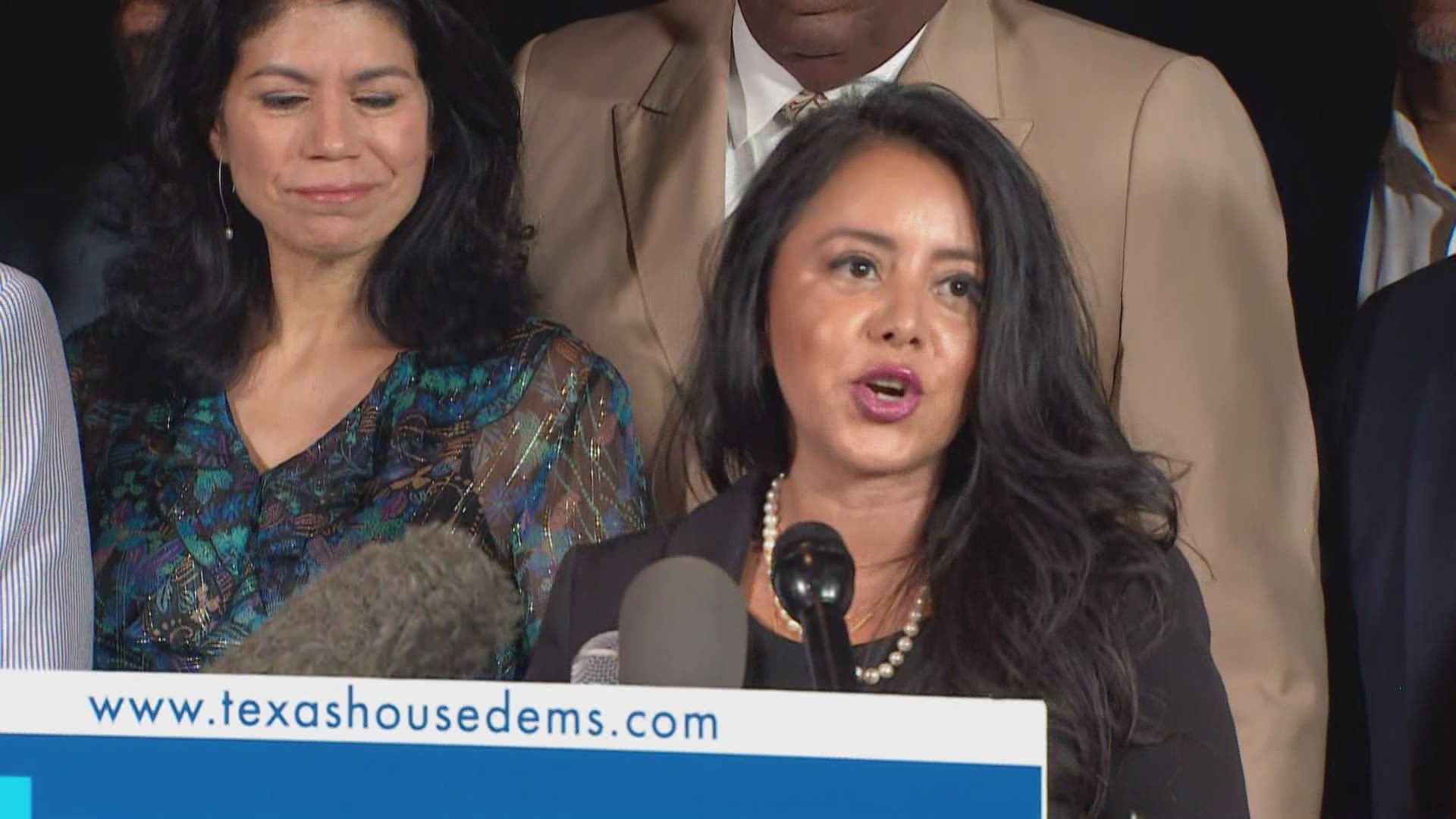 West said Democrats went to Washington "because of the Big Lie."

"That's why we're here," West said. "For those of you in Texas, continue to ask Abbott and others whether or not Trump is lying about the election being stolen. Ask them if they believe it, over and over again, until you get a straight answer."

RELATED: Texas House votes to 'send for' Democrats who flew to Washington, D.C., arresting them if necessary

In Austin, the Texas House on Tuesday voted 76-4 to have the Sergeant at Arms send for at least 51 members who have gone to Washington, a procedural move that does not currently hold much weight, as the lawmakers remain out of the jurisdiction of Texas law enforcement.

The vote on Tuesday comes one day after Abbott declared on KVUE that the House members who fled the state would be arrested.