Wildflower guide: The best Insta-worthy spots in Texas to pose for selfies 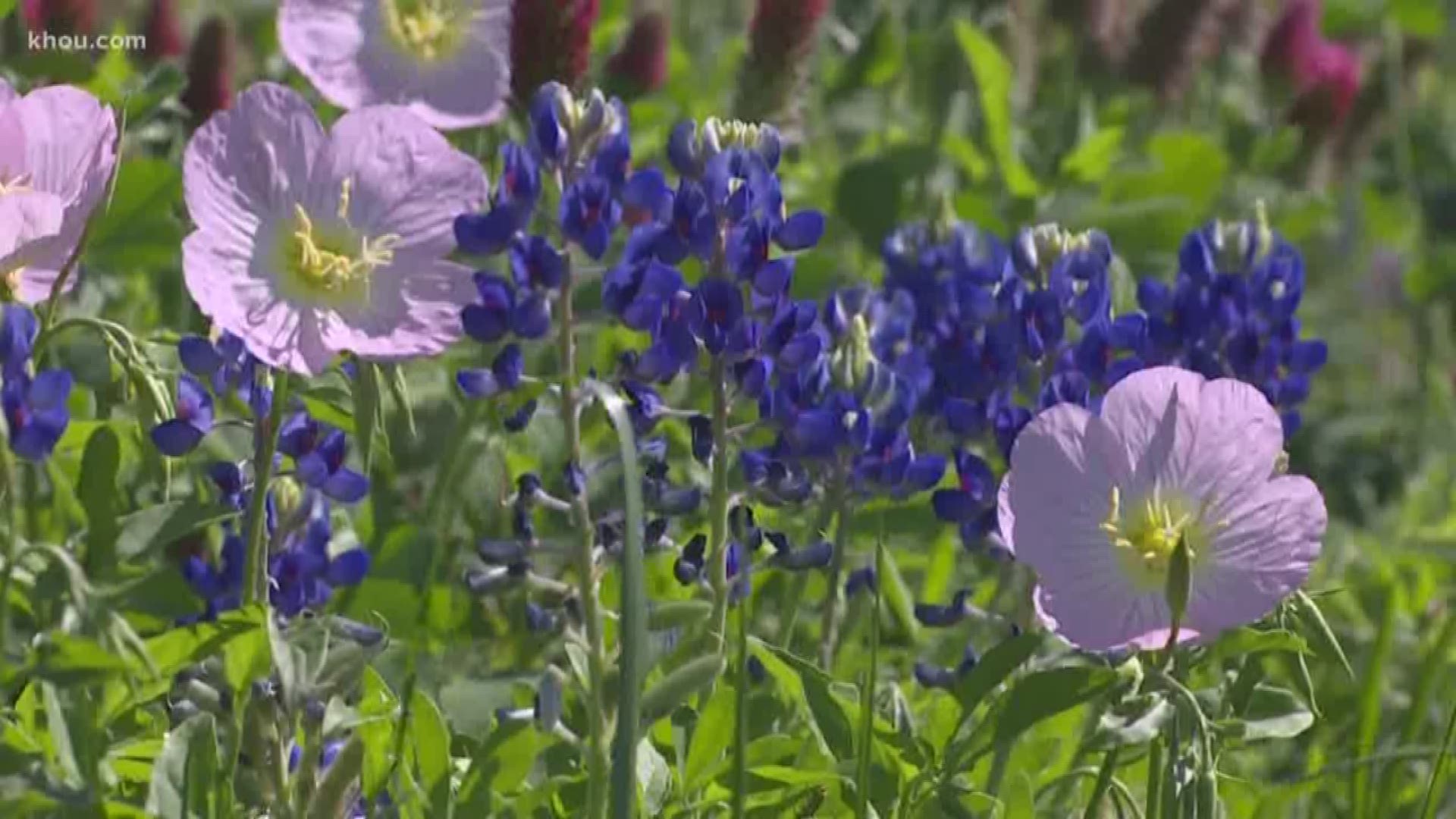 HOUSTON — Texas bluebonnet season is upon us which means it's time to plan your road trip and map out the best Insta-worthy spots to pose for selfies or snap the traditional pics of kids and pets.

From country roads to city sidewalks, more than 2,700 species of wildflowers put on a colorful show every spring.

Editor's note: The attached video on where to find the best wildflowers in Houston originally aired in 2019

Here’s what you need to know before you go.

“Our Texas bluebonnets and many other native wildflowers are adapted to cold temperatures,” said Andrea DeLong Amaya, Director of Horticulture with the Lady Bird Johnson Wildflower Center.

DeLong-Amaya said the snow and ice acted as a blanket to insulate the native plants and snowmelt provided much-needed moisture.

Texas spring wildflowers are predicted to shine bright this season despite the winter storm: https://t.co/QXiW4K2egY

“If we can get some steady rain in the coming weeks and temperatures stay in mid-80s or below through April, it should be a great Texas bluebonnet spring,” said Jason Singhurst, Texas Parks and Wildlife Department botanist.

The Wildflower Haven is a little less optimistic predicting a “hit or miss” season.

Bluebonnets -- or lupinis texensis if you want to impress your friends -- normally peak between late March and mid-April, according to wildflower.org.

Other early bloomers include the fiery Indian paintbrush, the cheerful golden groundsel and the dainty purple spidorwort.

You can see pretty patches of flowers in and around Houston.

Here are a few top spots:

RELATED: The best 11 spots to see bluebonnets in the Houston area

If you want to find fields blanketed with bluebonnets, you’ll need to hit the road.

The staff at the Lady Bird Johnson Wildflower Center teamed up with Texas Highways and Texas Monthly magazines to recommend some routes.

You’ll see some of this area’s most impressive wildflowers by heading northwest on 290 toward Brenham, about 75 miles from Houston. It’s a popular route dating back decades for southeast Texans in search of their annual flower fix.

Once you get to Brenham, travel the Bluebonnet Loop for 80 miles through Washington County. You’ll pass through Burton, Independence, Washington and Chappell Hill before heading back to Brenham. 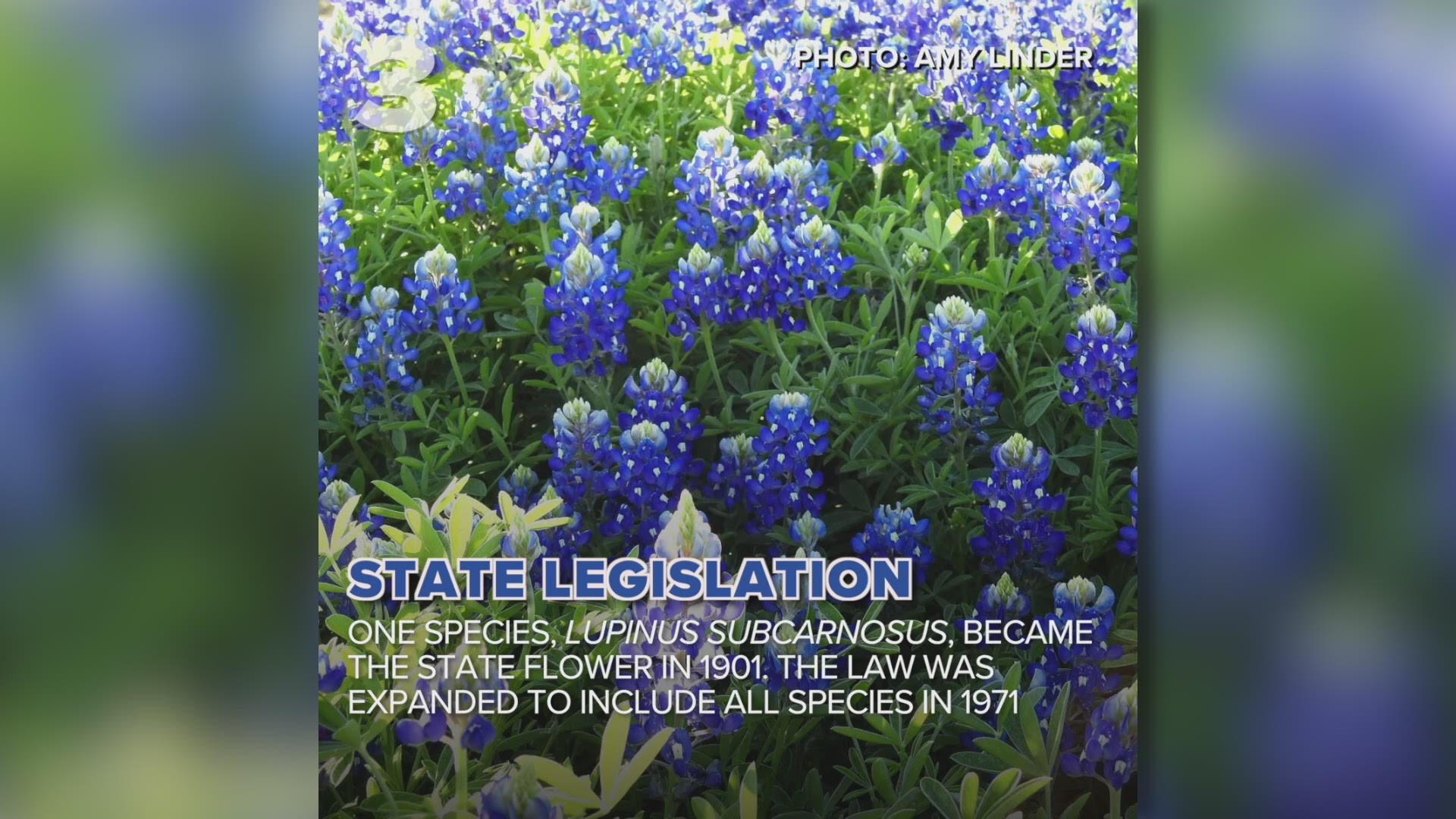 According to Google Maps, this trip will take you about 90 minutes not counting stops.

The road less traveled to soak in the beauty of bluebonnets is a 70-mile loop in Brazoria County, southwest of Houston.

Along the way, you’ll enjoy the scenery of Brazos Bend State Park, home to an amazing variety of wildflowers.

WATCH: Wildflowers in Big Bend in 2019

If you have time for a day trip, head southwest to DeWitt County, dubbed the Wildflower Capital of Texas by the state legislature in 1999.

This area is home to more than 1,000 different kinds of wildflowers according to the Wildflower Center.

You can stop by the Cuero Chamber of Commerce for a map of trails and brochure to help you identify the flowers.

There are a few options heading out I-10 depending on what small towns you want to pass through.

If you’re in the Austin area during wildflower season, make time to visit the Lady Bird Johnson Wildflower Center.

It was founded by the former first lady and Helen Hayes as the National Wildflower Research Center in 1982 and renamed the Lady Bird Johnson Wildflower Center in 1997.

The center eventually evolved into a botanic garden and University of Texas research unit that focuses on plant conservation, landscape restoration and sustainable landscape design.

You can also track the best wildflower spots and share your photos on Texas Wildflower Watch.

Is it illegal to pick bluebonnets?

There is no law that says you can't pick bluebonnets or other wildflowers on pubic property, according to the Texas Parks and Wildlife Department.

That doesn't apply to private property and it's against the rules to pick, cut or destroy any wildflower or plant life on the grounds of a Texas State Park.

RELATED: Verify: Is it illegal to pick bluebonnets in Texas?