The Backstory: Six Flags Over Texas celebrates its 60th birthday

The Six Flags Over Texas amusement park was originally slated to be demolished to make way for an industrial development. 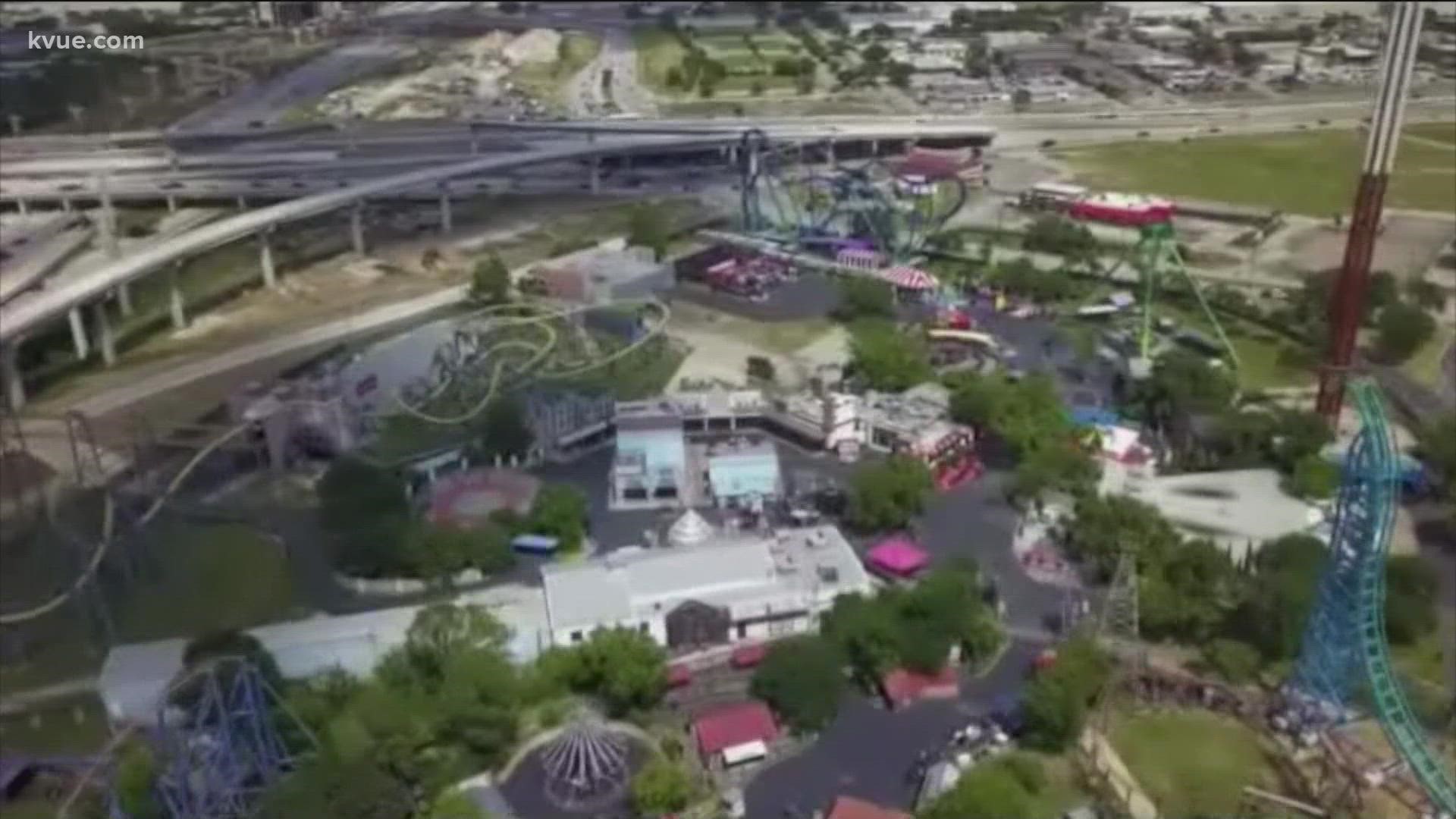 ARLINGTON, Texas — It’s probably the best known amusement park in Texas and Thursday it officially turned 60 years old. Six Flags over Texas in Arlington opened on Aug. 5, 1961, and since then, there’s likely not a kid or grown-up in the Lone Star State who hasn’t passed through its front gates.

The park was the brainchild of Texas real estate developer and oilman Angus Wynne Jr., who got the idea after visiting Disneyland in California.

The original plan was to keep Six Flags open for a couple of years, tear it down, and convert the vacant land into an industrial complex. But no one could have predicted just how wildly successful it would become.

If you’re a newcomer to Texas, you may not know the story behind the name “Six Flags Over Texas.” It’s a reference to the six flags that have flown over the state at various times in its long history – France, Spain, Mexico, the Confederacy, Texas and the U.S.

From its early years, the park’s attractions were grouped into six themed sections that represented the cultures of these governments. Visitors experienced everything from cowboys of the old west to pirates.

Today, the focus is on exciting rides that defy gravity and no doubt have turned more than a few stomachs. As today’s park-goers crave speed and thrills, it’s fun to go back in time and imagine a much simpler Six Flags when many of the rides were definitely low and slow, like the original slides and not-so-thrilling roller coasters.

But it was fun and people came back for more. In fact, many millions of visitors later, Six Flags has spawned similar theme parks across the country. But Texas has bragging rights for starting it all.

Austin is in Stage 5. What does that mean?