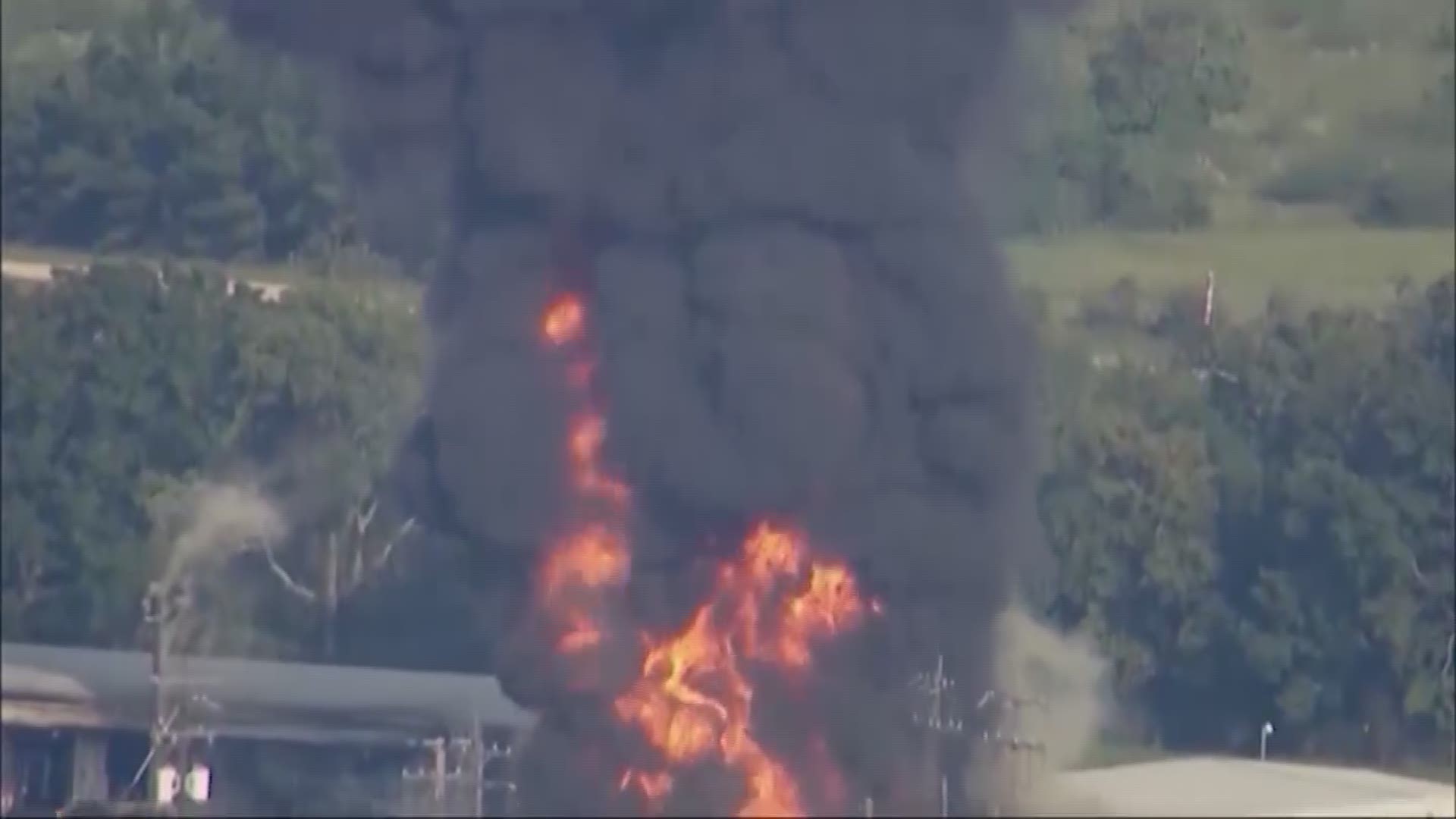 As Hurricane Harvey churned toward Texas in August 2017, oil refineries and other facilities on the state’s heavily industrialized upper Gulf Coast shut down, initiating the release of what companies, government regulators and environmental groups estimated to be millions of pounds of hazardous air pollution. They spewed out even more when they restarted.

But the exact extent and human impact of those emissions is largely unknown because the U.S. Environmental Protection Agency and the Texas Commission on Environmental Quality didn’t begin monitoring air quality quickly enough, according to a report issued Monday by the EPA’s internal watchdog agency.

The report, which noted that many of the Houston area's stationary air monitors were turned off and secured ahead of Harvey's landfall, found that the mobile air monitoring the EPA and TCEQ conducted “didn’t coincide” with a majority of the air pollution events that companies reported to the state.

Among the unmonitored pollution events were two major ones: the collapse of a storage tank at a Valero Energy refinery in southeast Houston and a fire and explosion at the Arkema chemical plant in Crosby. The latter event happened on Aug. 31, days after Harvey arrived in Houston as a monster tropical storm.

And when agencies finally began monitoring, the report found, the data generated in the storm’s wake weren’t sufficient to gauge the true impact of the emissions on human health. That was in part because there were no rules governing how to monitor air quality in the wake of an emergency, according to the report, which recommended developing such guidance in heavily industrialized areas.

But the report also found that the data didn’t account for how people can be affected by exposure to multiple pollutants at one time. Even though the air monitoring didn’t show that levels of certain air pollutants exceeded maximums or “thresholds” the EPA and TCEQ deem safe for human health, the report said that those thresholds are also “based on short-term exposure to a single air pollutant and do not consider lifetime exposures.

“Consequently, the thresholds may not be sufficiently protective of residents in communities that neighbor industrial facilities and experience repeated or ongoing exposures to air toxics.”

The EPA and TCEQ didn't immediately respond to a request to comment for this article.

The report noted that TCEQ was the primary agency responsible for overseeing environmental response to Harvey — and that it largely declined to participate in the review, canceling meetings and refusing to respond to written questions.

"TCEQ staff, managers and officials declined to meet with us to discuss their response to the hurricane and their reasoning for various decisions or actions described in this report," it said.

The office later found out that TCEQ had "collected air monitoring data from helicopter flyovers following Hurricane Harvey" but it was "unable to review those data as a part of this audit."

Still, it said, "we believe that the evidence we obtained provides a reasonable basis for our findings and conclusions based on our audit objectives."

The EPA’s Office of Inspector General announced it would investigate post-Harvey air quality monitoring efforts in August 2018, saying its decision was internal and not initiated by a congressional or other outside request. It said it would figure out whether the air monitoring focused on potential high-risk areas, whether the pollution gauged posed any health concerns and whether its findings were accurately communicated to the public.

Monday’s report found that the information the EPA communicated to the public in regard to air pollution during Harvey was accurate, but also too limited.

“As a result, communities were unaware of the agency’s activities and data collection efforts,” the report said. “This lack of awareness can diminish public trust and confidence in the EPA.”

In addition to developing a system for air quality monitoring in heavily industrialized areas in the wake of emergencies, the report also recommended that the EPA develop a plan to boost public access to air monitoring data and take stock of available remote and portable air monitoring methods. EPA’s Region 6 also should educate communities neighboring such facilities about the risks associated with hazardous air pollution and how to minimize their exposure, as well as conduct environmental justice training. (Region 6 has already complied with those recommendations, the report said.) The EPA has 60 days to respond to the report and propose corrective actions to address the other recommendations.

This story was originally published at TexasTribune.org. The Texas Tribune is a nonprofit, nonpartisan media organization that informs Texans — and engages with them — about public policy, politics, government and statewide issues.