Texas House and Senate committees held hearings Thursday to question energy leaders about the power crisis that left millions of Texans without power for days. 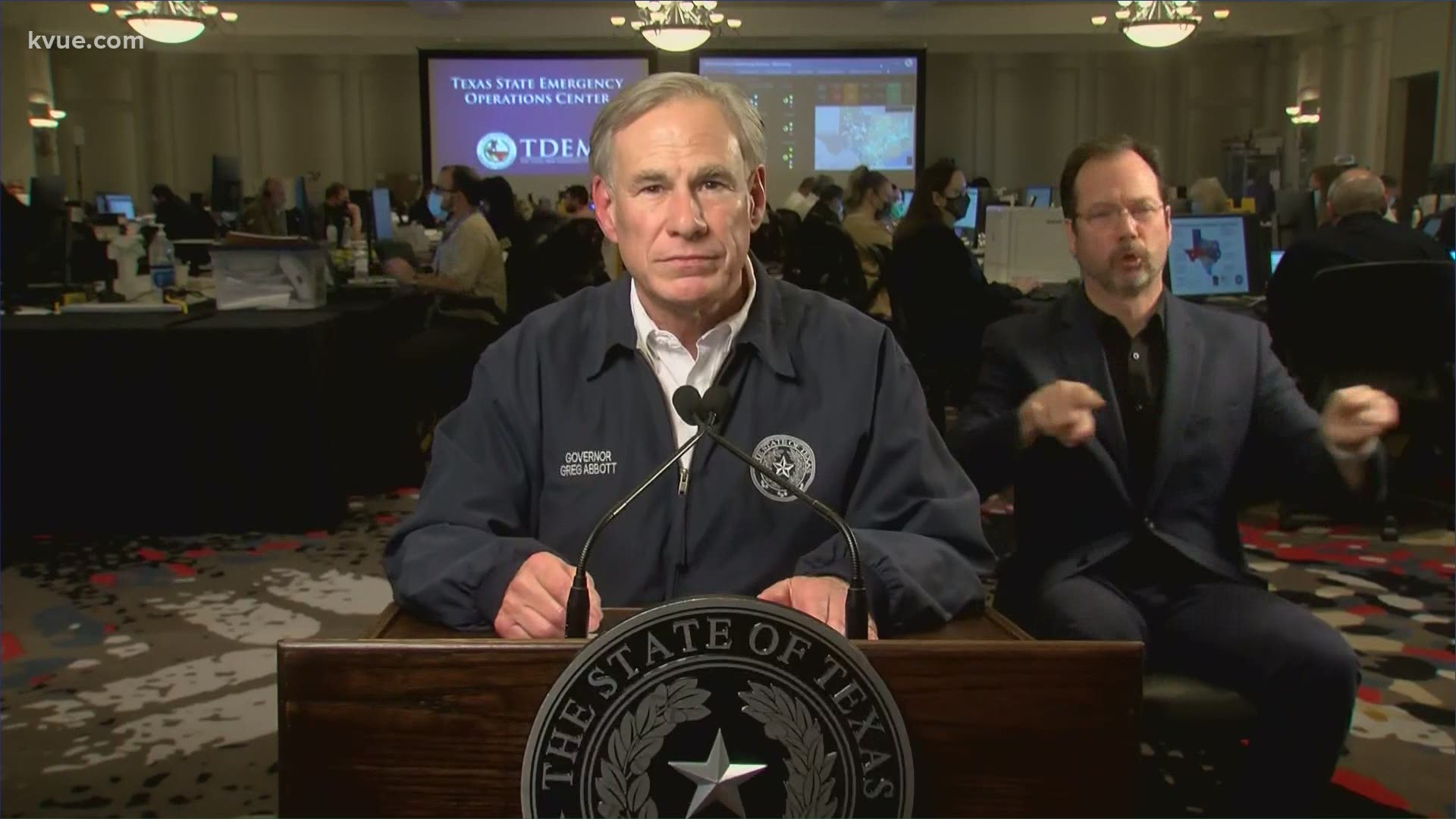 AUSTIN, Texas — The tone inside the Texas Capitol Thursday was stern.

"To call this unacceptable would be a severe understatement," State Rep. Chris Paddie (R-Marshall) said as he opened a joint committee hearing of the House Committees on State Affairs and Energy Resources.

The Senate Committee on Business and Commerce also met Thursday. Lawmakers in both chambers are searching for answers about what caused the power crisis that left millions without electricity and water for days.

For dozens, the lack of power turned deadly.

State Rep. Ana Hernandez (D-Houston) held back tears as she recalled the death of a young boy.

"Eleven-year old Cristian Pineda, who died in his sleep after playing in the snow and returning to his unheated home," Hernandez said.

The child's death also struck State Rep. Abel Herrero (D-Robstown), who has a daughter around the same age as the boy.

"He spent the last time of his life under a pile of blankets, struggling to stay warm," Herrero said.

The House committees started their joint hearing by questioning the leaders of two power generators, Vistra Corp and NRG. Each CEO talked about their shortcomings and pointed out problems in the system, including a lack of communication with the public.

Curt Morgan, CEO of Vistra Corp, told lawmakers the company's meteorologist told them one week before the storm hit that there would not be enough power and his company alerted the Electric Reliability Council of Texas, or ERCOT.

"When we did reach out, and this isn't blaming anybody, I just was surprised by the lack of urgency that I got from some of the officials, you know, the agencies," Morgan said.

He also told lawmakers the company has winterized its system and they believed the steps they took would be enough. But he also noted, winterizing in Texas means preparing for other weather events.

"We do a heck of a job in Texas around hurricanes. And our power plants are built to handle hot weather. They're not built, let's be honest, they're not built for the winter," said Morgan.

"We don't put structures around our equipment down here, why? Because in the summer when it's 105 degrees, you'd bake inside there and the equipment would fail," he added.

Meanwhile, in the Senate, the Committee on Business and Commerce started its hearing with learning about the forecast from Bob Rose, chief meteorologist of the Lower Colorado River Authority.

The Senators then called the President and CEO of ERCOT Bill Magness. He told the Senators the winter storm took out 48% of ERCOT's power generation, so companies had to significantly cut usage and, when they did, they couldn't move the power around.

"I think the reason we haven't seen a situation where you couldn't rotate outages is because the amount of load we shed was so large that I bet, in most places where you had to shed that much and you're in these conditions, they had a blackout," Magness said. "It's hard to hold together."

Magness admits communication with the public needed to be better.

He also discussed weatherization of power plants but said ERCOT doesn't have the power to make companies winterize. Instead, they are only authorized to perform spot inspections.

The end goal of these hearings is for lawmakers to better understand what led to the crisis so they can create laws to prevent it from happening again.