Cinco de Mayo | The history behind the holiday

When you raise a glass on Wednesday, remember why you're toasting. 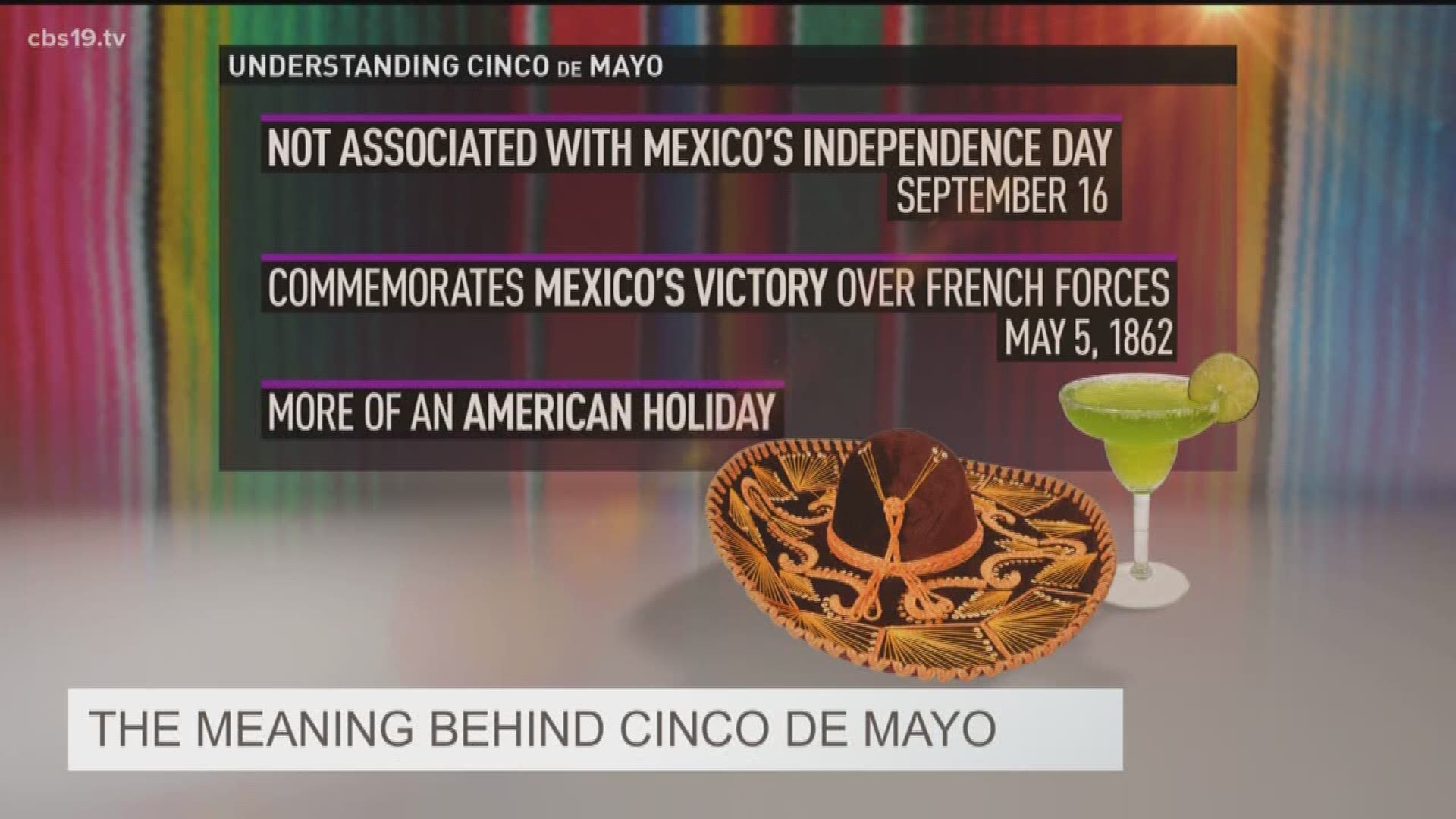 But, do you actually know the history behind the holiday?

Not to be confused with Mexican Independence Day (Sept. 16), Cinco de Mayo is a Mexican heritage celebration commemorating the Mexican army's victory over the French in the Battle of Puebla in 1862.

"His [President Juárez] country was then invaded by the United Kingdom, Spain, and France, who sought repayment of the outstanding debts," Henry Ford College writes. "The United Kingdom and Spain signed treaties with Mexico and returned home."

However, French Emperor Napoleon III did not withdraw and engaged Mexican troops in a battle near Puebla.

"Napoleon’s forces were defeated and withdrew from the area," says Henry Ford College.  "The victory did not deter the French from their invasion, but the battle was a large morale boost for Mexico, which had fewer soldiers and military resources than France."

Following the victory, President Juárez declared the anniversary of the battle would be declared a national holiday.

"Despite this declaration, Cinco de Mayo is not an official Mexican holiday," Henry Ford College says. "It is celebrated more actively in some parts of the U.S. than in many parts of Mexico. The U.S. celebration of the holiday began in California in 1863 as an expression of solidarity with Mexico against the French. By the 1930s, the holiday spread and was considered an opportunity to celebrate Mexican identity, promote cultural awareness, and build community."

According to History.com, some of the largest Cinco de Mayo festivals in the U.S. are held in Los Angeles, Chicago and Houston.

So, when you raise a glass on Wednesday, remember why you're toasting.