The owner of the house that exploded in South Austin in October has died, but her cat is still alive

Two people were rescued in a Southeast Austin house fire in October. 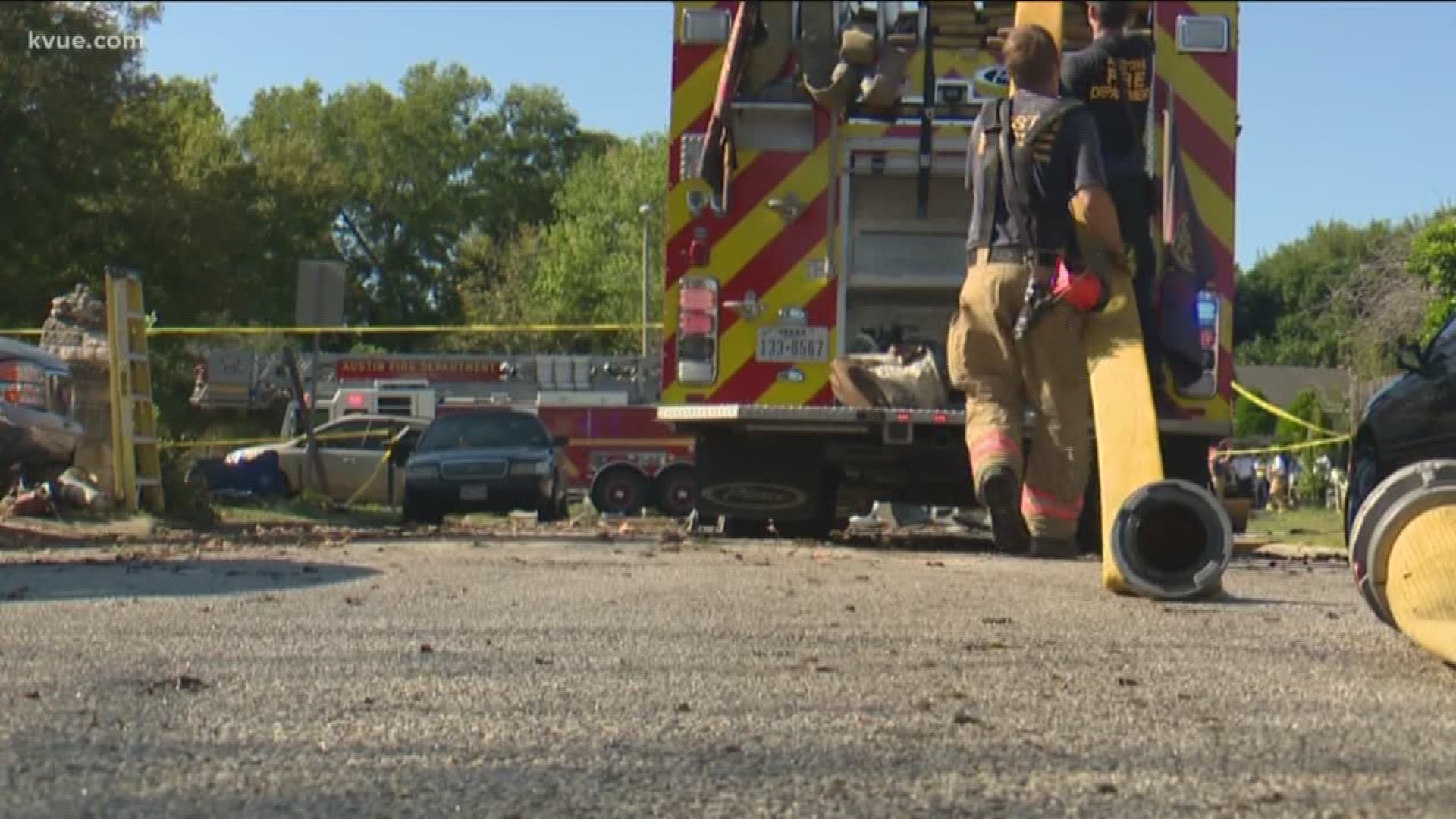 AUSTIN — The owner of a Southeast Austin home that exploded in October due to a buildup of natural gas died a few days after the explosion -- but her cat survived.

The Austin Animal Shelter told KVUE that the cat is at the shelter now and is up for adoption. He has some burns on his ears and his whiskers are starting to grow back, but otherwise he's doing well.

The Austin Fire Department had previously confirmed that the house explosion, which injured two people, was caused by a buildup of natural gas.

Just after 1:30 p.m. on October 27, AFD said in a tweet that initial reports showed the house 'exploded' and the structure suffered 'catastrophic damage. Officials said the home was located in the 2300 block of Bendridge Trail near East William Cannon Drive and McKinney Falls State Park.

Re Box Alarm 6500 Blk of Stonleigh Place. Initial reports are that a house exploded. First arriving units reporting that a structure suffered catastrophic damage. Crews are working on extinguishment and searching for victims.

Austin Fire said two victims were taken from the home with significant burn injuries. Austin Travis-County EMS said a man in his 50s and a woman in her 40s were both taken to the hospital.

1 / 10
A home in southeast Austin is destroyed after an explosion happened there. Photo: John Gusky, KVUE

While medics said the two did have critical burns on their bodies, their injuries were not expected at the time to be life-threatening.

FINAL: Reported House Explosion Box Alarm fire @ 6500 block of Stonleigh Place: #ATCEMSMedics have declared 2 patients Trauma Alerts & are transporting a ~50's Male to DSMC & ~40's Female to SAMC with critical burns but not expected to be life-threatening. No other info available

As a result of the explosion, a gas line fire sparked around 2:21 p.m. and fire crews handled that as well.

Currently firefighters are working to mitigate gas line fire that was caused as a result of explosion. Initial cause is currently under investigation. pic.twitter.com/fm9oC3dGip

Santana Vazquez is one of the neighbors who has seen the damage. Aside from the insulation that now fills his yard, he also had a window fall off. But even with the mess, he's not too concerned and is happy that everyone's OK.

"Just a lot of clean up that we have to do, but that happens to everybody," said Vazquez.

Austin Fire said they are working with the Texas Gas Service to determine why the buildup happened.