The search for Bigfoot draws hundreds to conference

The Patterson-Gimlin film and countless sightings are what draw hundreds of people annually to the Bigfoot conference in Jefferson, Texas. 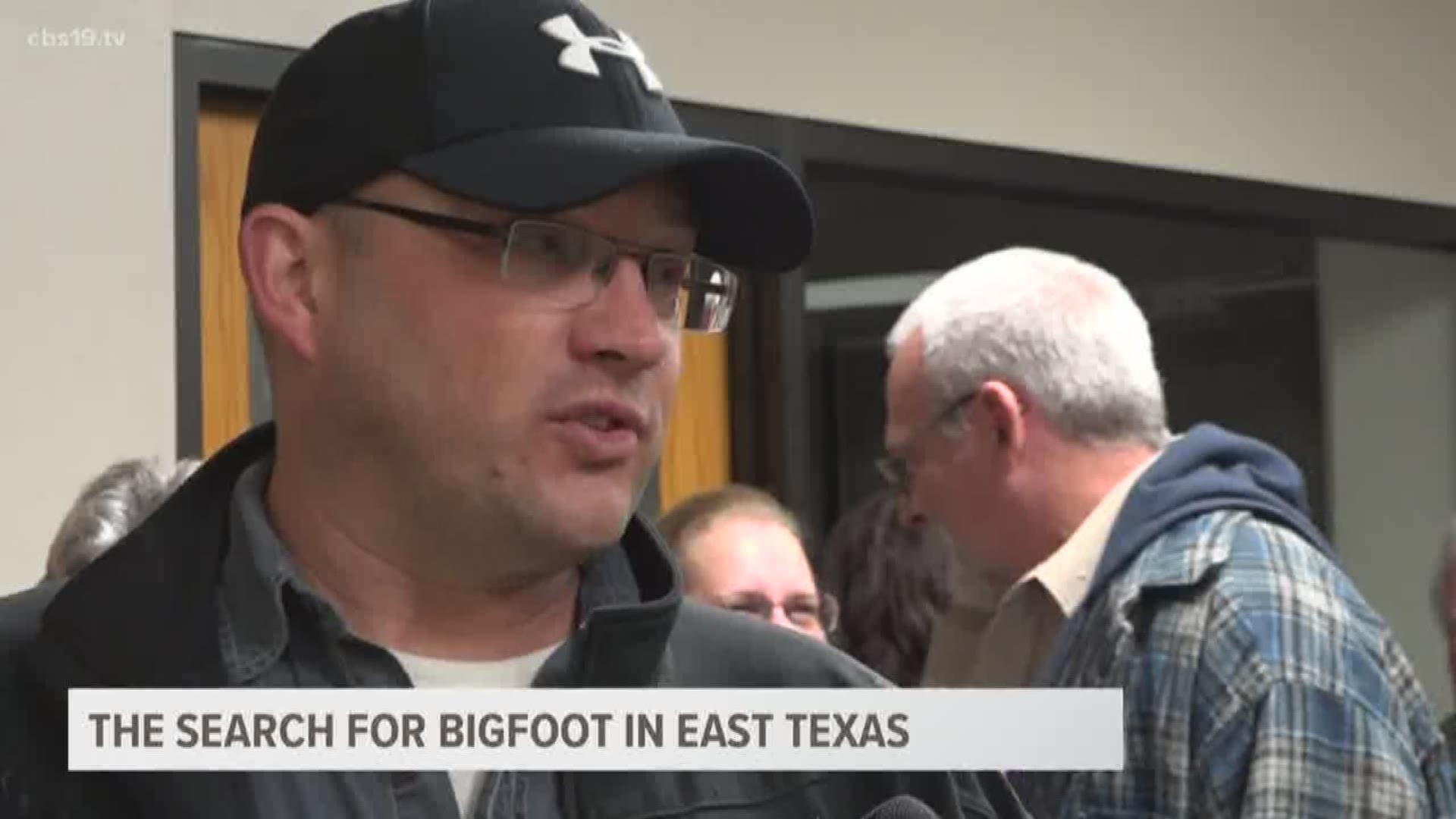 JEFFERSON — Hidden beneath the trees some say, lies a mystery.

You say the word Bigfoot to most and you’ll probably get a laugh and maybe even story of a sighting.

More than 50 years ago Bigfoot iwas believed to be caught on camera.

The Patterson-Gimlin film and countless sightings are what draw hundreds of people annually to the Bigfoot conference in Jefferson, Texas.

“I tend to believe that there's something out there I've never seen it wish I had,” Dirk Kozak, attendee, said.

Kozak is a first-timer to the event in Jefferson.

“When I was 8 years old I actually saw Bigfoot and so I’m just excited to hear everybody else’s story,” Donna Labell, attendee, said.

The legend of Bigfoot has been around for so long it's known by many names sometimes Sasquatch or Yeti in the arctic.

According to Visit Jefferson Texas, The City of Jefferson was named the Bigfoot Capital of Jefferson, under a proclamation by its mayor in February 2018.

“We're really excited about it this is our first time coming to Jefferson so we're enjoying the whole city and everything about it,” Kozak said.

While the many attendees gather inside one of the main centers in Jefferson, they’ll listen to the various panelist invited to speak.

Panelist considered experts in their field of research of the creature.

One of those researchers is Shelly Covington-Montana, a self-proclaimed Bigfoot enthusiast.

“This is how I like to explain it in simple terms, Bigfoot is like cancer in my opinion, everyone knows someone who's had an encounter or has had one themselves,” she said.

She's heard countless stories of sightings and even admitted to having one of her own.

"I could hear it moving and then I hear that weird popping almost like a pop you can make with your mouth and then it walked out, whatever it was,” she said.

She’ll spend months in the Pacific Northwest breaking down what she calls evidence of Sasquatch.

You can say it’s a part of her upbringing, as the daughter of a former Texas Department of Public Safety (DPS) Officer.

She’ll gather evidence throughout the woods such as audio recordings and DNA samples.

“If I come back with a video of how I collected the hair, and what my process was, and I only bring the facts to the table” she said. “Not my opinion, because what the majority of what people call evidence is really circumstantial evidence."

She"ll travel with a team while conducting her research.

“When we get there I’m with a group of people who I work with in depth now that are what I would like to call mentally discipline and they don't put the emotion behind the research,” she said.

While back in Texas for a few weeks she'll review her findings.

"People want to be believed and they know what they experienced,” she said. “And it couldn't be anything else. because they were there, and they get very complacent with 'I've been raised in these woods all my life I know that wasn't a bear,' that doesn't do the species any justice."

As the 2018 conference wraps up and the next one scheduled to go in the new year, the question remains does Bigfoot exist and can you prove that he doesn't?