'There was a lot of blood': 1 dead after tornado rips through Caddo Mounds during festival, cleanup underway

Despite the threat of severe weather, the Caddo Culture Day festival went on as planned Saturday afternoon. The festival was interrupted by a direct hit from a tornado that sent multiple people to the hospital. 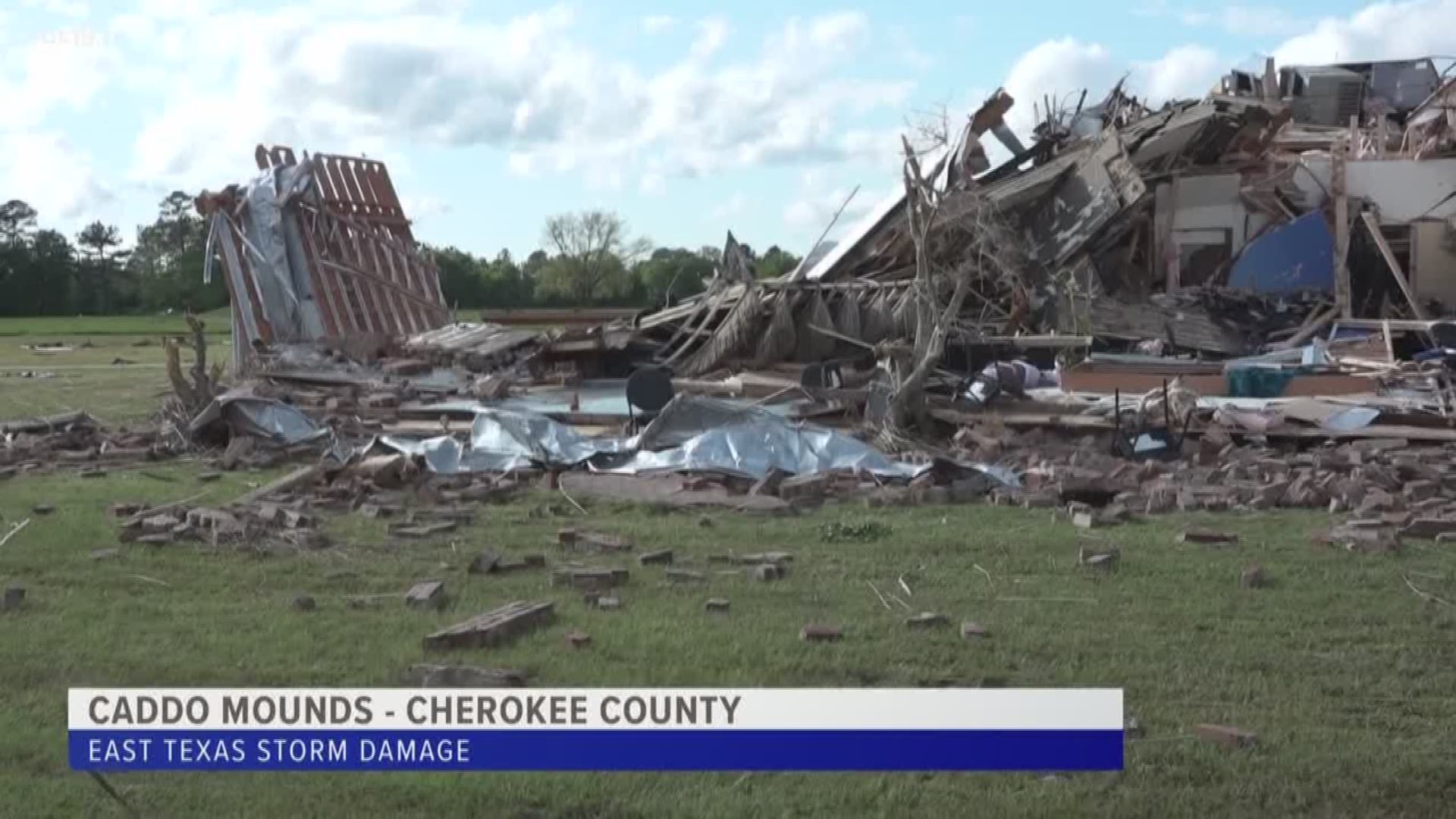 At least one person is confirmed dead after a tornado tore through Caddo Mounds State Park on Caddo Culture Day, an annual Native American heritage festival.

The festival offers attendees a chance to learn about the peoples who inhabited the area in pre-Columbian times. The festival features guided tours, dancing demonstrations and pottery making activities.

This year's festival was scheduled for Saturday, despite the threat of severe weather moving through East Texas. As late as Friday, local media advertised the event.

People gathered in the 4,300 square-foot museum on the property. As the tornado ripped through the park, the building collapsed, trapping some of those inside underneath a pile of debris and rubble.

“The storm hit so quickly I think people just tried to get inside," Chris Florance of the Texas Historical Commission said. "And we’re definitely going to take a look at our policies and the different safety practices here.”

So far, Alto police have confirmed at least 25 injuries, including some children.

Among the injuries was a young boy, who was blinded after a car crash during the storm.

Emma Abbey attends the festival each year. Like many others, she took shelter inside the museum and witnessed the terrifying moments when the storm destroyed the building. She said the roar of the storm was deafening.

“I went through the back of the building and then when the windows had busted. I ducked down into this office or closet, and there were about three or four other people in there with me," Abbey remembered. "The roof flying and the walls caving in and kids screaming, people you know, bloody. There was a lot of blood."

Those injured were transported to the hospital via a school bus. Despite the chaos,  Jessica Mitchell says the scene was not chaotic, rather it was relatively placid.

"We had a lot of people cooperating and everybody stayed in good spirits and calm," Mitchell said.

A CBS19 crew on the scene says there were several overturned vehicles including a semi-truck and other cars.

“I feel guilty saying I am grateful that myself made it out and our committee members made it out, and most of the people at that event made it out because there’s a lot of people that didn’t,” Abbey said.

Caddo Mounds State Historic Site will be closed until further notice due to the damage.

Florance says there is no definite answer on how long cleanup and necessary maintenance will take.