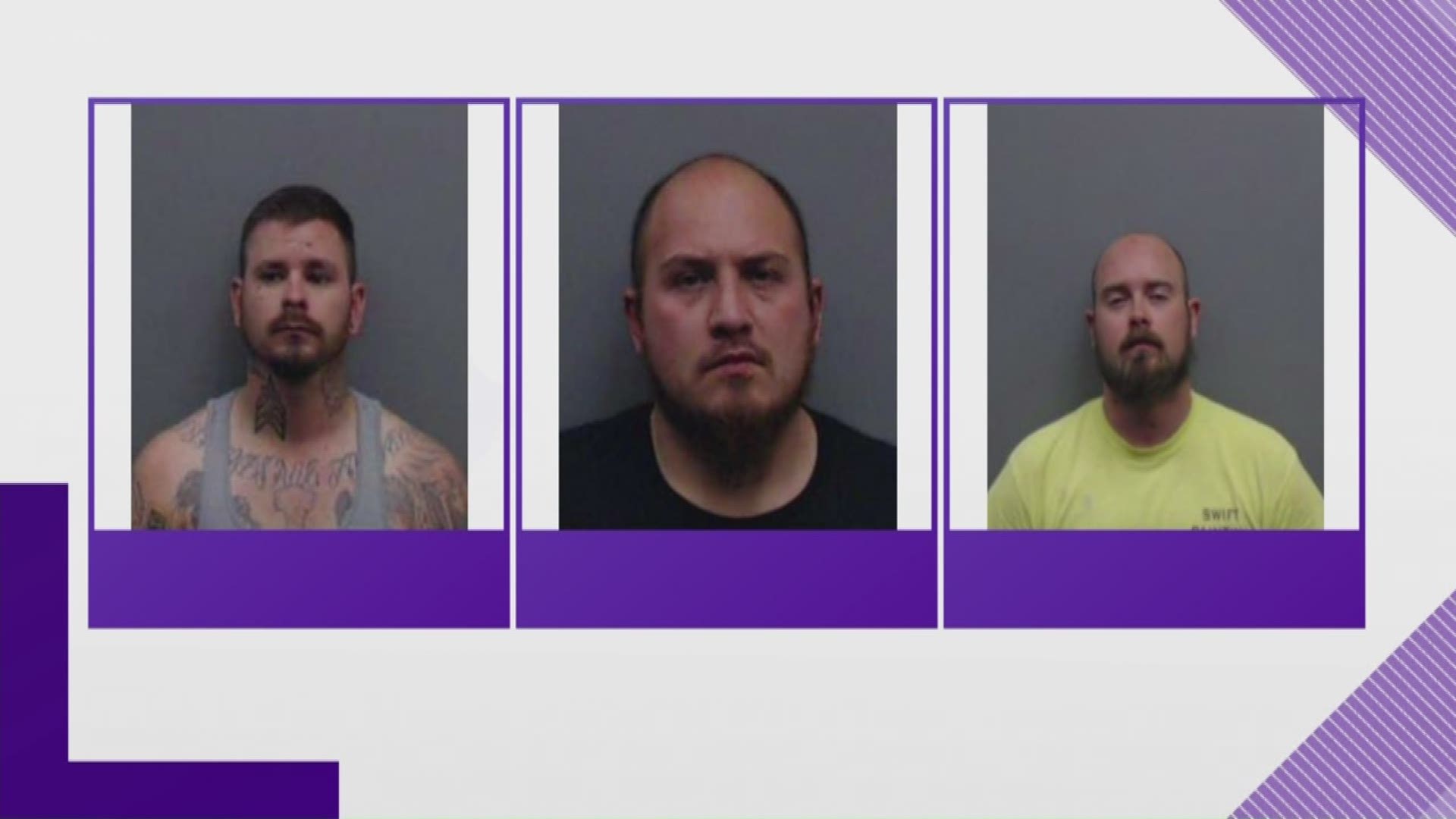 CHAPEL HILL, Texas — Authorities in Waco and Cisco arrested three suspects as a part the investigation into a deadly shooting on May 2.

According to the sheriff's office, 33-year-old Brandon Edwards was shot and killed while riding a motorcycle in the 16400 block of Farm-to-Market Road 850.

After Edwards was identified, Smith County Investigators, along with the Texas Anti-Gang Unit, worked around the clock to crack the case. During the investigation, authorities were able to secure a search warrant for a location in Longview Monday night. The Longview Police Department, Smith County Sheriff's Office and Texas Anti-Gang unit all took part in search.

There were also search warrants executed in McClennan County.

"This is one of the more complex investigations in which we were able to join local law enforcement with the Texas Anti-Gang Unit since its inception," Smith County Sheriff Larry Smith said. "The TAG is already paying off big dividends.”

As a result, authorities were able to arrest three suspects on murder charges:

“I continue to be amazed at the tenacity, cohesiveness and never quit attitude of all of these law enforcement entities that are working so well together," Sheriff Smith said. "No one is concerned with who gets the credit, only that justice is served."

All three suspects will be housed in the Smith County Jail. Their bond was set at $2.5 million.

If you have any additional information on this case, you are urged to call the Smith County Sheriff’s Office at (903) 566-6600.