Tobacco Junction says they will run the same promotion next week. 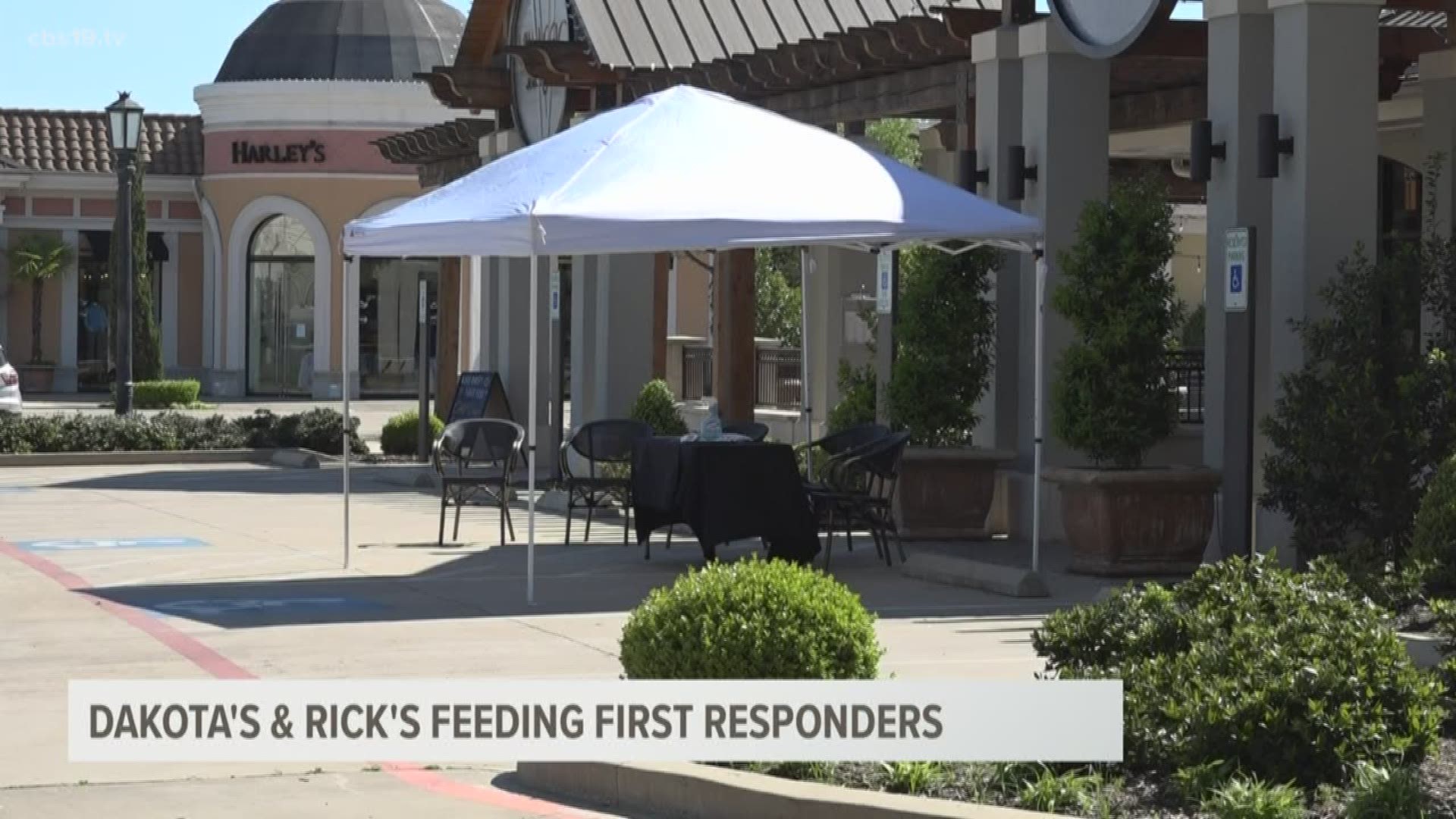 TYLER, Texas — Tobacco Junction funded free meals for first responders at Rick’s on the Square and Dakota’s all day Thursday.

“They call and we have someone taking their orders and we did have several people outside. They'll bring it out curbside delivery…you take your food right there. And then you're on your way,” Eltife said.

Tobacco Junction President Tony Cooper says he decided to fund these meals to help the restaurants and say thank you to law enforcement, firefighters and EMS workers for their hard work during the COVID-19 crisis.

“I've got some great friends in the restaurant business," Cooper said. "They're not doing very well right now because they're not open for business the normal way. And we just turned it into this thing that could be a benefit to both them. And law enforcement, first responders which say thanks to those folks."

Cooper says his company foots the bill of each menu item $25 or less given to the first responders.

“They bill me 100% of the menu price of the food, and Tobacco Junction just writes the check,” Cooper said.

Cooper says he plans on teaming up with Dakota’s, Rick’s and Holly Tree next week to offer the same promotion.

“I want to write a big check. We want people to take advantage of this,” Cooper said.