Troup ISD has put together a more than $22 million bond proposal for campus-wide improvements. 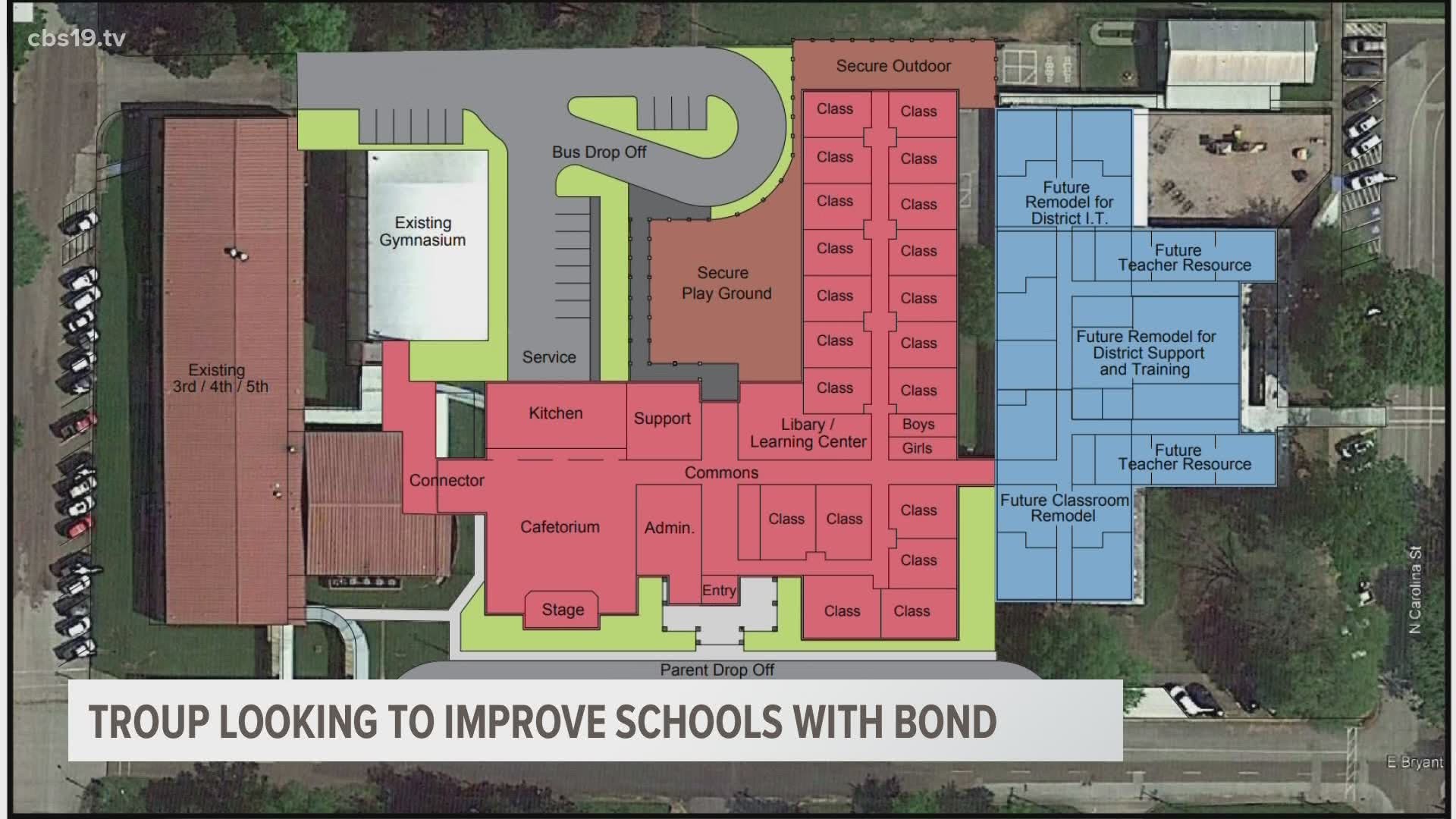 TROUP, Texas — In the fall of 2019, a group of parents, teachers, and Troup community members came together to assess the needs of the school district. Superintendent Tammy Jones says the facility's study was a long process.

"We toured all of the facilities, and then we came back and made a list of what we felt like were concerns and needs," she explained. "What we wanted was to make a plan that impacted all of our campuses and all of our students."

It was decided, a bond election would be the best way to improve the district, but the pandemic had other plans. Jones says the district discussed putting off the bond package but decided that wasn't in the best interest of students.

"The fact is that our needs are not going to change," Jones said.

Smith County voters can expect to see the bond package, as Troup Independent School District Proposition A, on ballots for the November election.

If approved, the school plans to construct a new building and combine it with the existing elementary school buildings to improve student safety by having everyone under one roof. New features would include a new library, a cafeteria with a stage to hold events, and a defined school entrance.

The plan also includes expanding the cafeteria for the middle and high school. As well as building a Career and Technical Education Program facility with eight new classrooms and a larger agriculture workshop.

A new gym would be built near the existing one, with more seating and less access to the floor for athlete safety.

“We have some needs in our district that needs to be addressed, and that’s what hope to do with the bond," Jones said.

The school district created a section for the bond under its website, troupisd.org. There's even a tax estimator to help property owners figure out the increase they could face.

“Those bonds are not eligible to be paid off yet," Jones said.