Construction is expected to begin in the fall of 2022. 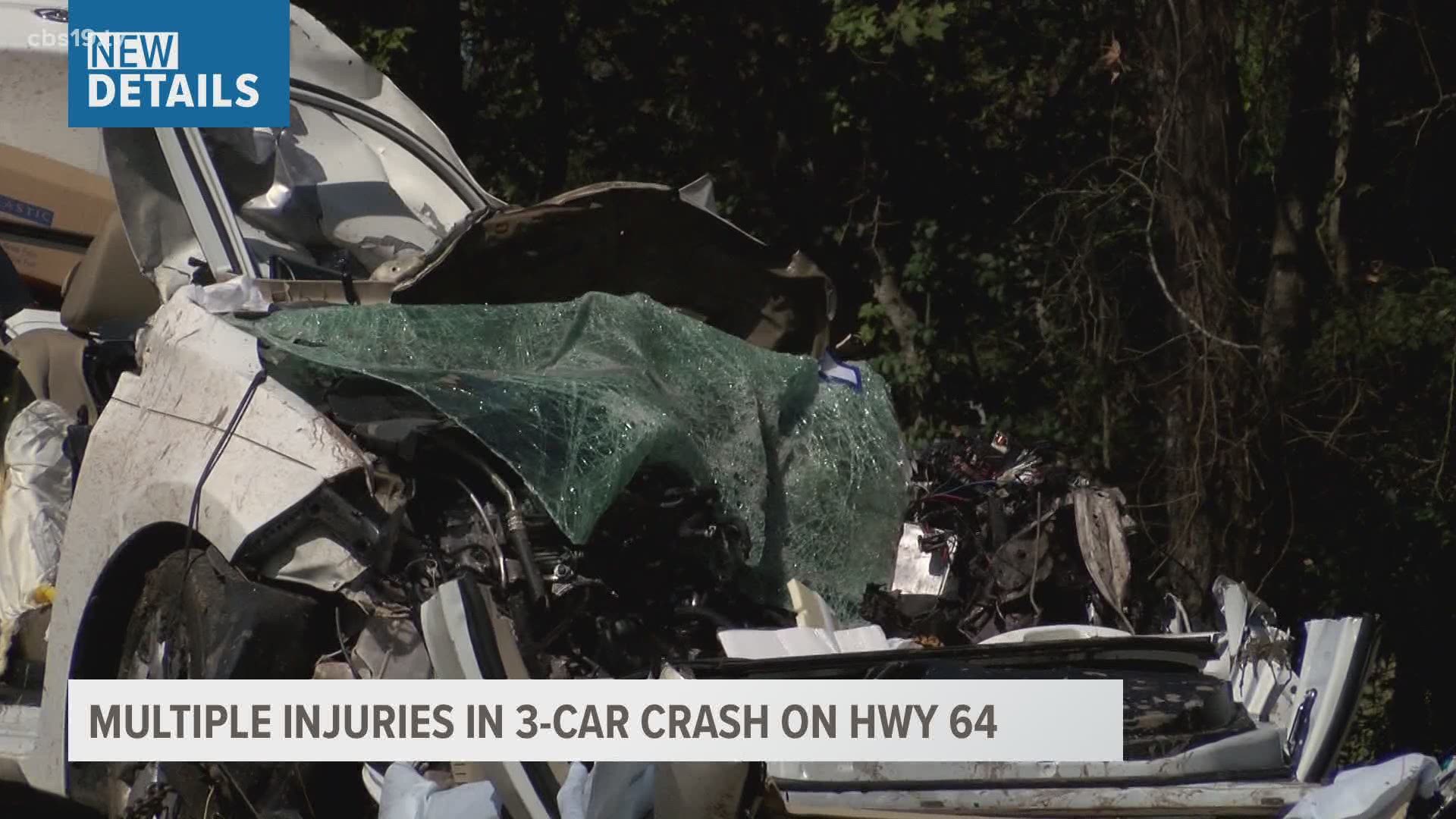 "This intersection is notorious for being dangerous, with serious accidents frequently occurring," said Rep. Schaefer

According to the Texas Department of Public Safety (DPS), on Oct. 14, 2020, three people, including an infant were hospitalized following a three-vehicle crash at the intersection of SH 64 East and Wolfe Ln.

DPS says the driver of a car was traveling westbound on SH 64 East and stopped to make a left turn onto Wolfe Ln. The vehicle was struck from behind by an SUV that was also traveling west. The impact caused the car to travel into the oncoming lane of traffic where it was hit by a gasoline tanker traveling east.

RELATED: 3 hospitalized, including infant, after 3-vehicle crash on SH 64 East in Chapel Hill

After visiting the crash site, Rep. Schaefer pushed for TxDOT to take action to improve the safety of the intersection including lowering the speed limit, installing flashing lights, and building a turn lane.

"Subsequently, TxDOT’s Tyler District installed flashing lights and updated a project application to install a left turn lane on SH 64 at Wolfe Ln. under the agency's Highway Safety Improvement Program (HSIP)," Schaefer said. "Fortunately, though each project must compete against others throughout the state for funding, the Tyler District’s was selected, and the estimated $1 million budget was approved. The agency had previously set up advanced warning signs and lowered the speed limit to 60 MPH."

“Safety of the traveling public is TxDOT’s top priority and this project will help address concerns at the intersection of SH 64 at Wolfe Ln.," TxDOT representative Kathi White said. "The Tyler District has worked diligently to increase safety at Wolfe Lane with previous improvements including lowering the speed limit to 60 mph, installing Intersection Ahead Signs on SH 64 in each direction, and adding flashing beacons to the signage to alert drivers of the upcoming intersection.”

Construction is expected to begin in the fall of 2022. The new left turn lane will remove the conflict of left turning vehicles from the main travel lanes and allow through vehicles to pass by without conflict and delay.