The "Plan to Win" virtual reality game pits competitors against one another to see who knows the most about alcohol facts and myths. 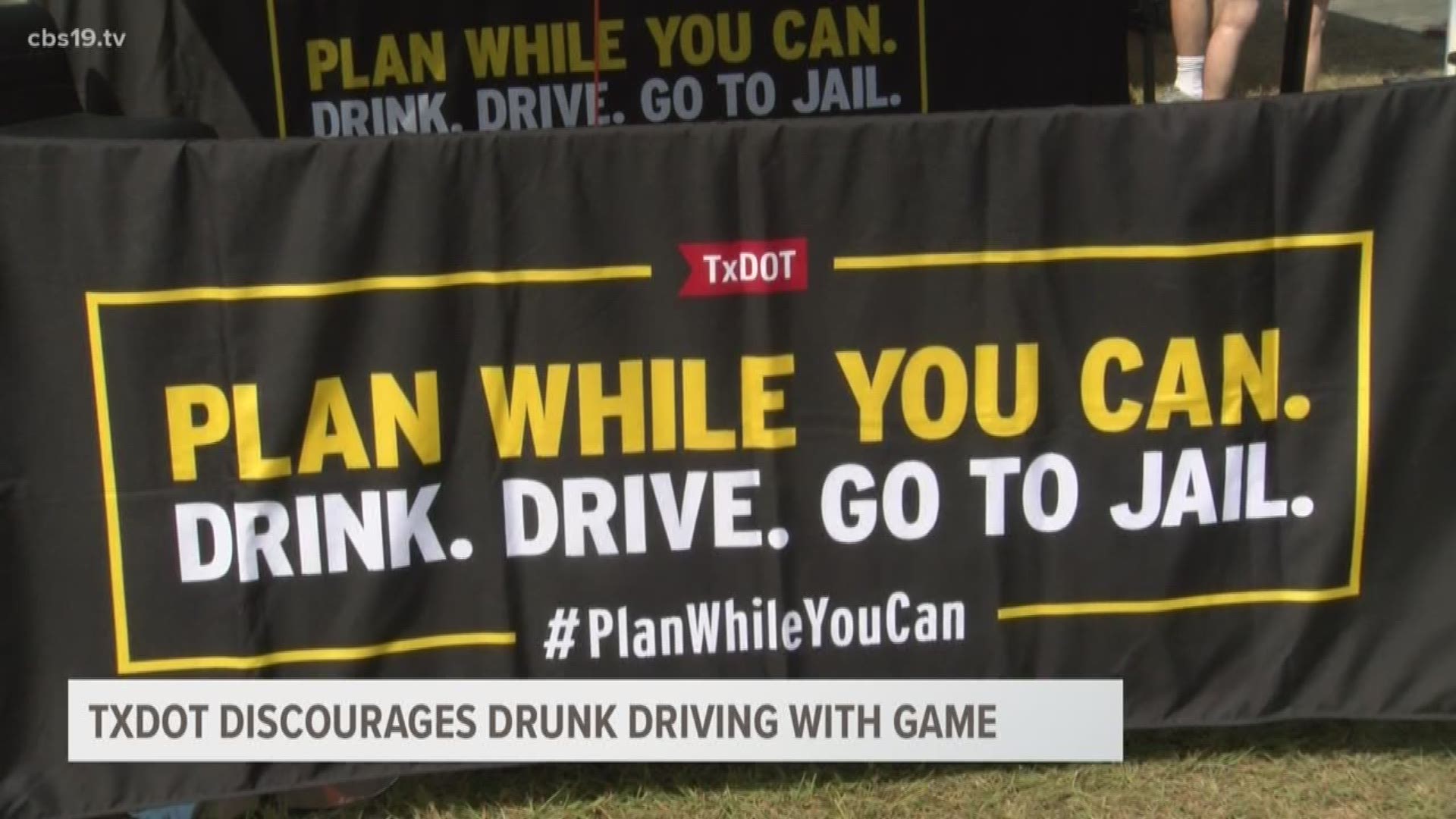 LONGVIEW, Texas — With the Great Texas Balloon Race kicking off Friday, a variety of vendors and organizations have made their way to Longview, with the Texas Department of Transportation being one of those.

As part of the state agency's "Plan While You Can" campaign, they're using an interactive game to discourage people from drinking and driving.

TxDOT sought to find a fun way to let people know what they should and shouldn't do if they have been drinking and need to get home. This led to them putting together the "Plan to Win" virtual reality game. The experience pits competitors against one another to see who knows the most about alcohol facts and myths.

"They are learning and also getting reminded of the consequences, myths, and laws in Texas for drinking and driving," said Jennifer Gomez, Diversity Outreach Coordinator for TxDOT.

TxDOT created the game because they thought a little friendly competition would create an environment for people to learn. The game is designed for three people at a time where everyone has the chance to buzz in and answer true or false questions. Each time a player gets a question wrong or a competitor gets a question right, the player moves one space up and gets closer to jail.

Gomez says one of the most surprising answers come after a question about trying to beat a breathalyzer test.

"If you suck on pennies before you take a breathalyzer test will you pass it?" said Gomez. "And it's crazy, but a lot of people think that you will and you definitely will not."

Some of the other questions include:

According to the Centers for Disease Control and Prevention, every day, 29 people in the U.S. die in motor vehicle crashes involving an alcohol-impaired driver. This is one death every 50 minutes. The annual cost of alcohol-related crashes totals more than $44 billion. According to TxDOT, about every 20 minutes, someone in Texas is hurt or killed in a crash involving alcohol.

First-offense penalties for DWI conviction with a BAC of less than .15 include the possibilities of a $2,000 fine, driver's license suspension for up to a year, as well as a jail sentence between three and 180 days (Class B Misdemeanor), according to Texas State University. However, if the BAC is .15 or more, the fine increases to $4,000 and potential jail time shoots up to one year behind bars (Class A Misdemeanor), according to DWI-Texas.com.

All of the questions are designed to make participants smarter.

HOW MUCH IS TOO MUCH?

Impairment begins with the first drink. Your gender, body weight, the number of drinks you've consumed and the amount of food you've eaten affect your body's ability to handle alcohol, according to TxDOT. Two or three beers in an hour can make some people legally intoxicated. Women, younger people and smaller people generally become impaired with less alcohol.

THE LAW ON DWI

In Texas, a person is legally intoxicated and may be arrested and charged with DWI with a .08 BAC (blood or breath alcohol concentration). However, a person is also intoxicated if impaired due to alcohol or other drugs regardless of BAC. Whether you're the driver or the passenger, you can be fined up to $500 for having an open alcohol container in a vehicle, according to TxDOT.

DWI WITH A CHILD PASSENGER

According to TxDOT, you can be charged with child endangerment for driving while intoxicated if you're carrying passengers younger than 15-years-old.

DWI with a child passenger is punishable by:

WHAT HAPPENS IF YOU'RE STOPPED

Punishment for DWI varies depending on the number of convictions:

*After two or more DWI convictions in five years, you must install a special ignition switch that prevents your vehicle from being operated if you've been drinking, according to TxDOT.

HOW TO STAY SAFE

"A lot of people are shocked because they don't think you could go to jail for four years or you'll have to pay up to $17,000 just for getting a simple DWI," said Gomez.

Last year in Longview, there were 60 crashes and four deaths that occurred due to drivers being under the influence of alcohol.