"I've had this idea for years now to just kind of cover this city with as much street artists possible." 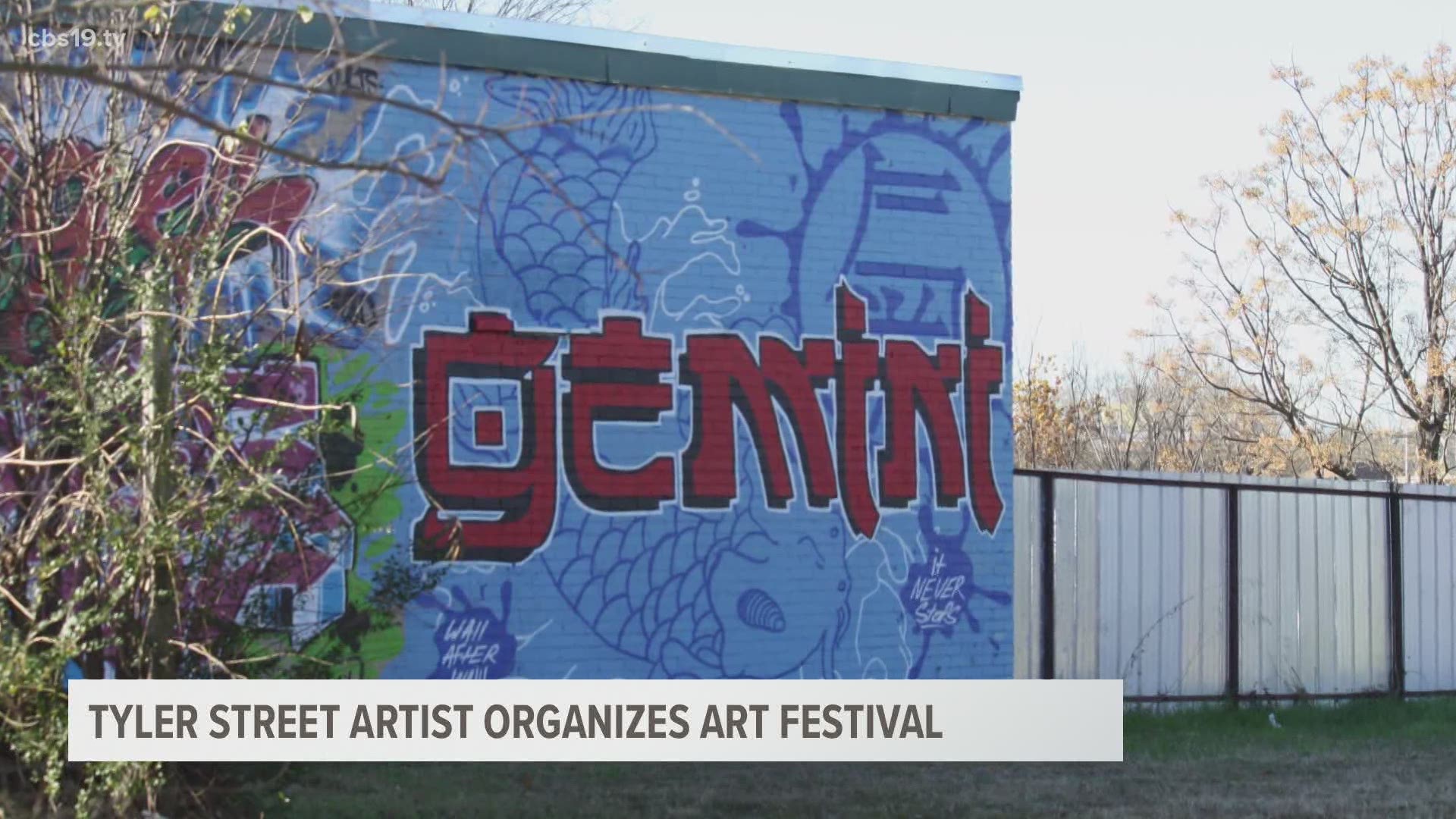 TYLER, Texas — Tyler artist, Gemini, began spray painting at the age of 15, and like many street artists, he placed his work in spots that weren't always legal.

However, over the last 14 years, that's changed. Artwork from his group, A Wall Near You, can be seen across Tyler.

"It started off just complete vandalism in the beginning," the artist said. "The more and more we started doing that and evolving and just kind of getting better at it, I wanted to take my time."

Gemini says a Wall Near You was created a couple of years ago with the purpose to connect with other local artists. The styles vary, but each mural they've done showcases vibrant colors and images.

"I've had this idea for years now to just kind of cover this city with as much street artists possible," Gemini said.

Gemini prefers to keep his identity private to let his work speak for itself. However, he has made exceptions in order to grow his presence in Tyler.

In November, he reached out to Rudy's Barbershop near downtown, and a partnership was formed. A Wall Near You has since completed several works for Rudy's and is planning on doing more.

“And so I found how easy it was to just go to an owner of an establishment in the community, just like, 'Hey, man, check this out, this is what I've done, can I do this?' And then surprisingly, a lot of times they're like yeah just go for it," he said.

Gemini and his group have also worked with other businesses in Tyler, two which can be found on Erwin Street. He says when people see them working on a new piece, they're often meet with honks from people driving by or excited children coming to see what's happening.

"I feel everybody pretty much is on board for pushing more art out, and different organizations are going about it in different ways and their own unique little ways," Gemini said.

To keep the momentum going on his art and encourage others to share theirs, the 29-year-old decided to put on Tyler's first street art event, the Vertically Inclined Festival.

"I'm really excited to where we are now, and the fact that we had the opportunity to have this show, is just an amazing thing,” he said.

More than 25 artists, nine which are local, will be working together to create ten murals over the day. The festival is taking place Saturday behind Rudy's at 407 N. Spring Ave. from 10 a.m. until 5 p.m.

Gemini hopes the area will become known as Rudy's Block in homage for the business that gave street art a more visible outlet in Tyler.

"When people come tomorrow, they're going to get a lot of diversity and a whole lot of culture from different backgrounds," he said. "So it's going to be a lot to soak up and really just get to enjoy."

Gemini is also working to make A Wall Near You an official organization in hopes of working with more groups to bring street art to the Rose City.

RELATED: BEAUTY AND THE BOX: Father honors son through artwork