Researchers say the drugs are now in their clinical trial stages and could be on the market in the next few years. 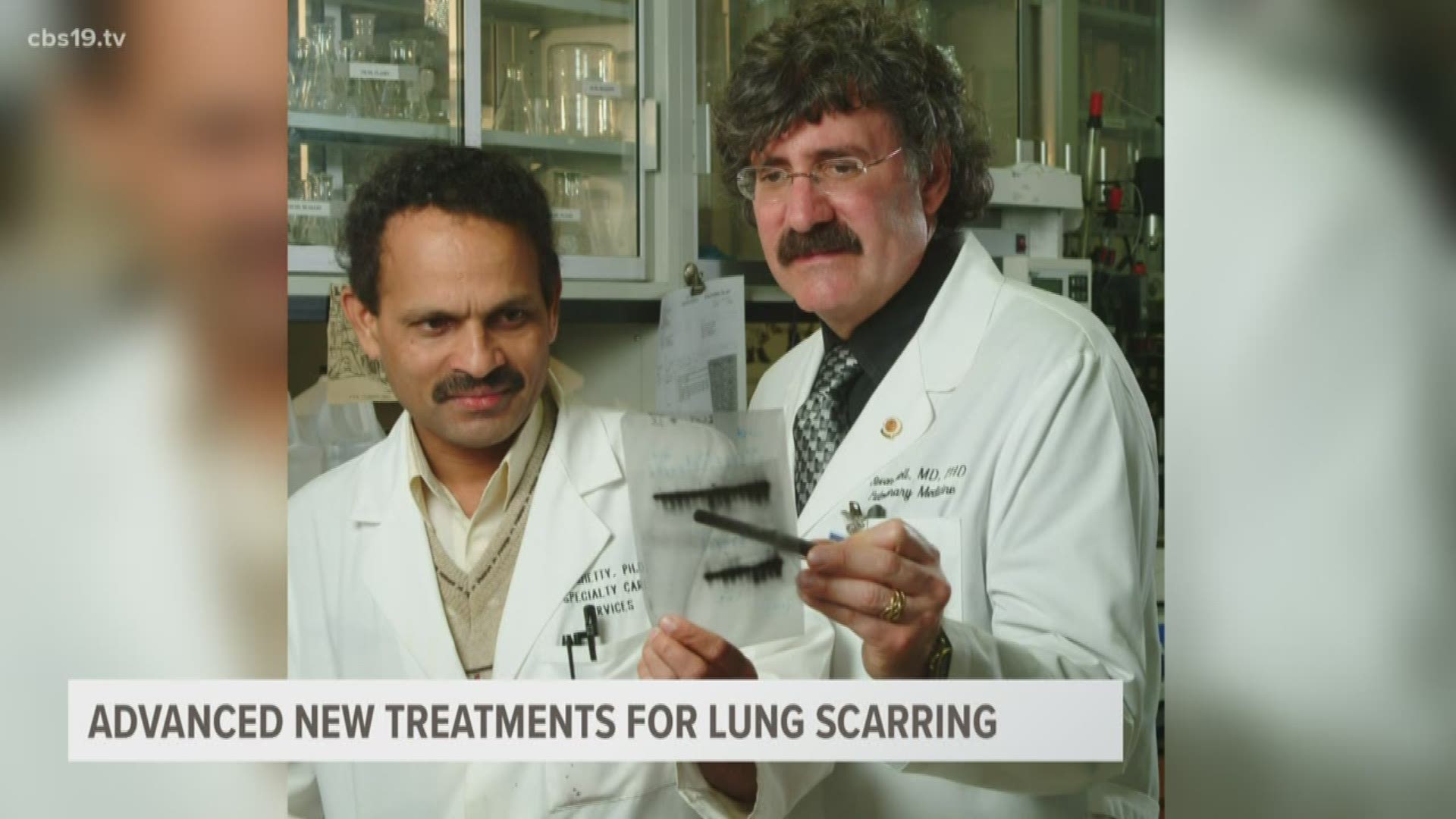 For years, Drs. Steven Idell and Sreerama Shetty at the UT Health Science Center at Tyler have worked to reverse scarring in and around the lungs caused by different types of trauma.

Researchers say the drugs are now in their clinical trial stages and could be on the market in the next few years.

“One of the drugs that we have is designed to prevent scarring after infection surrounding the lung," Idell said. "That drug is called LTI-01. What it does is it breaks up early scar tissue and prevents fluid from accumulating in the chest that's highly inflammatory."

Idell says LTI-01 can be used to treat people with issues stemming from illnesses like pneumonia.

“If there are 4 million people with pneumonia every year, only about 100,000  the United States are going to actually develop problems with drainage because of scar formation," Idell said. "And it's those people that LTI-01 is designed to help.”

LTI-01 has already been through its efficacy trial stages, meaning it has proven to be effective, now it faces another round of trials, which is already underway.

"It expedited drainage in a fair number of the people many of whom recovered. And as a result of that, the FDA has given us permission to move forward in the United States with part of an international trial which is going to be done here," Idell said. "And also it cites the United Kingdom."

However, while LTI-01 drug treats damage around the lungs, the LTI-03 drug has a much more daunting task of fixing damage within the lungs.

"Basically it affects about 200,000 Americans every year," Idell said. "And as a result, new therapy is required for that. There are two therapies for pulmonary fibrosis, neither of which are curative. And so there is an unmet clinical need being addressed by the development of new drugs."

Dr. Sreerama Shetty has worked on LTI-03 for about 20 years and says he started his research when he realized the number of people affected by fibrosis.

“Based on the literature Rare days, like 35 to 40% of the US patient die of some kind of fiber tissue fibrosis whether it is a lung fibrosis or other kidney fibroids, liver fiber or other organ fibrosis,” Shetty said.

Shetty says the key to his research was finding a way to reverse the effects of fibrosis since it can't be diagnosed until someone already has it.

“We need a drug to reverse the existing fibroids not prevention and nobody takes a drug to prevent the disease,” Shetty said.

That’s exactly what LTI-03 was created to do, and now it’s facing the first trial – proving it works.

“The efficacy trials of something for pulmonary fibrosis have to go for about a year, unlike LTI-01, which is a seven-day treatment will follow up for a year. So, you know, we could be a couple years out for that,” Idell said.

"If it shows, if it gives in phase two or phase one being both safety and efficacy. Some companies might come because market is huge,” Shetty said.

The most exciting part of these new treatments is that it may be available soon.

"I'd say that in the next three to five years," Idell said. "If everything goes well, it's going to be an exciting time. There'll be new therapeutics for these conditions."