Every 10 years, the Tyler Fire Department is evaluated by the Insurance Services Offices and rated from 1-10 for the Public Protection Classification. 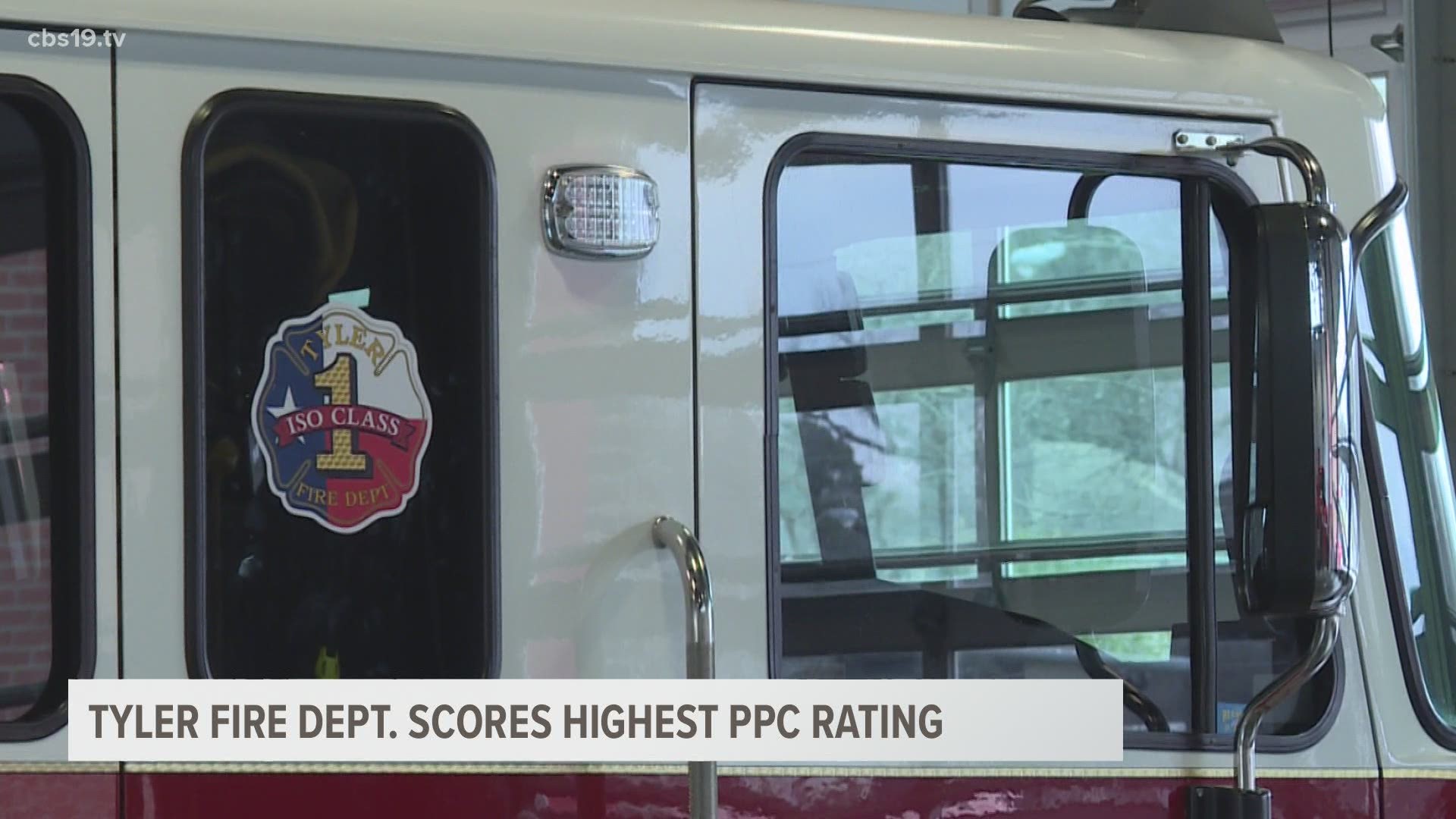 TYLER, Texas — The City of Tyler announced Thursday the fire department received the highest rating out of 1-10 from the Insurance Services Office (ISO) for the Public Protection Classification (PPC). The rating happens every ten years using data about the city's fire department operations, water system and communications.

Over the last 30 years, the city has gone from a three to a two, and now the score of one joining the top 2% of rated fire departments in the State of Texas.

"About 40% of it [the score] is the water department and whether that distribution system is capable of giving us what we need in order to put fires out. Also on top of that, we were able to use GIS maps this year in order to expedite our system," Coble said. "The ability for the dispatchers to get the fire companies to where the incident is, and doing that in a timely fashion, they play about 10% of that 100% total. The rest is made up by the fire department 50%, plus an additional 5.5 that you can gather based on community risk reduction, which is our Fire Prevention Bureau."

The rating is changed every 10 years after evaluating a city’s fire compression capabilities. Tyler is the first in Northeast Texas to achieve the class 1 designation. @kytxcbs19

The fire department earned 91.6 points out of 100 possible. Coble says after the last rating in 2011, the city knew which areas to address to bump up the score.

"We have worked on those things being part of our strategic planning over that period of time to get to this point," he said.

Over the last 10 years, the city has added two new fire stations, and even added fire engines to fleets, and worked across Tyler to address water issues.

The classification doesn't only tell community members how safe their city is, it also can impact homeowners and businesses. Most Texas insurance companies use the PPC rating to calculate residential and commercial business premiums and the better a city scores, the better reductions people can see.

"This takes effect on May 1, 2021, it is a stimulus for homeowners and business owners in the city of Tyler," Warren said.

To see if someone qualifies for a reduced premium, people can download a recommendation letter with the PPC rating from the City of Tyler's website. Then it should be sent to the insurance company to request the new classification be included in their policy effective as of May 1.

Coble says the fire department and city have already started thinking and preparing for the next ISO classification to ensure Tyler maintains the highest rating.

"We do have a strategic plan to put a one more ladder truck, in the UT Tyler University area," Coble said. "That will give us much better coverage of the city because we do have a few holes not protected by a ladder truck."

If the fire department is able to add another ladder truck to its fleet, Coble says it would add five points, and if everything else maintained over the next 10 years, Tyler could go from about 92 to 97.