STRONGER THAN EVER: Tyler Legacy's Jackson Newhouse Journey Back to the Mound

After suffering an injury setback in the spring of 2019, Newhouse proves how consistency and discipline can truly pay off. 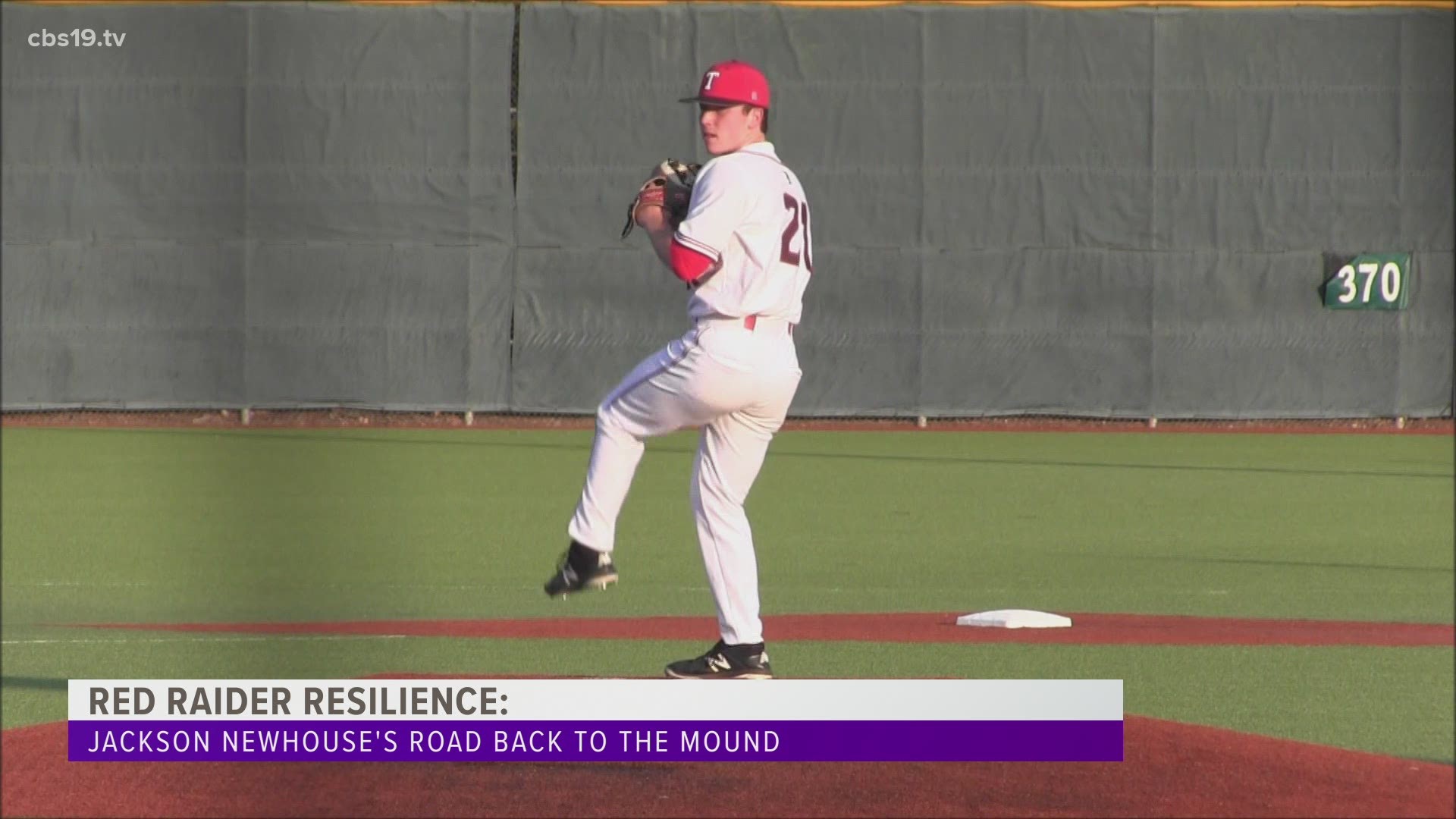 TYLER, Texas — In the spring of 2019, the unexpected happened for Tyler Legacy pitcher Jackson Newhouse.

“I just needed one more out to close the game,” says Newhouse. “and I felt a pop in my arm on one pitch and I was like, ‘what in the world was that?’”

It was the kind of news that no baseball player wants to hear. Newhouse had torn a ligament in his elbow, and if he wanted a chance to be back on the mound, it would require surgery. A surgery that many in the baseball world know as “tommy john.” it is named after the first pitcher to have received the operation.

“I was just like, ‘no, there’s no way. I’m a sophomore in high school.’ this doesn’t happen to people this young,” said Newhouse.

As time progressed, Newhouse found the motivation he needed to work towards pitching again, and that was for a chance to rejoin the teammates he had since his little league days.

The only way for that chance to happen was to have the surgery.

However, it didn’t take long for him to figure out that the surgery wouldn’t be the hardest part. Instead, it would be the rehab process.

A process that would ultimately teach him the true definition of commitment and discipline.

“When we got to the six months part, I was able to pick up a ball again,” said Newhouse. “and for the next couple months, I had to get into a throwing program, which was honestly pretty hard because I had to throw three times a week if I wanted to make it back for the next season.”

And just like that, next season had arrived, and Newhouse found himself back on the mound less than a year from his injury. His progress impressed Dr. Patrick Wupperman from Azelas Orthopedics.

“When you’re 15 or a sophomore in high school, you probably only have about a 50% chance of pitching on varsity,” said Wupperman. “But he was in 6 months, throwing better than he has in 2 years essentially.”

Now in his senior campaign, Newhouse is stronger than ever and has been dominant for the Red Raiders. More importantly, he has proven what hard work and determination can do.

“I’ve learned how to be disciplined, and I think being consistent with something,” says Newhouse. “because consistency is gonna pay off in the long term. That’s what it did for me.“

Tyler legacy is set to open the playoffs against Garland Sachse at Sachse High School on Friday. First pitch is at 7 P.M. Game 2 will be at noon on Saturday at Mike Carter field with a third game to follow, if needed.