Keandre Bircher was jailed on $800,000 bond for both charges, half-million on the murder. 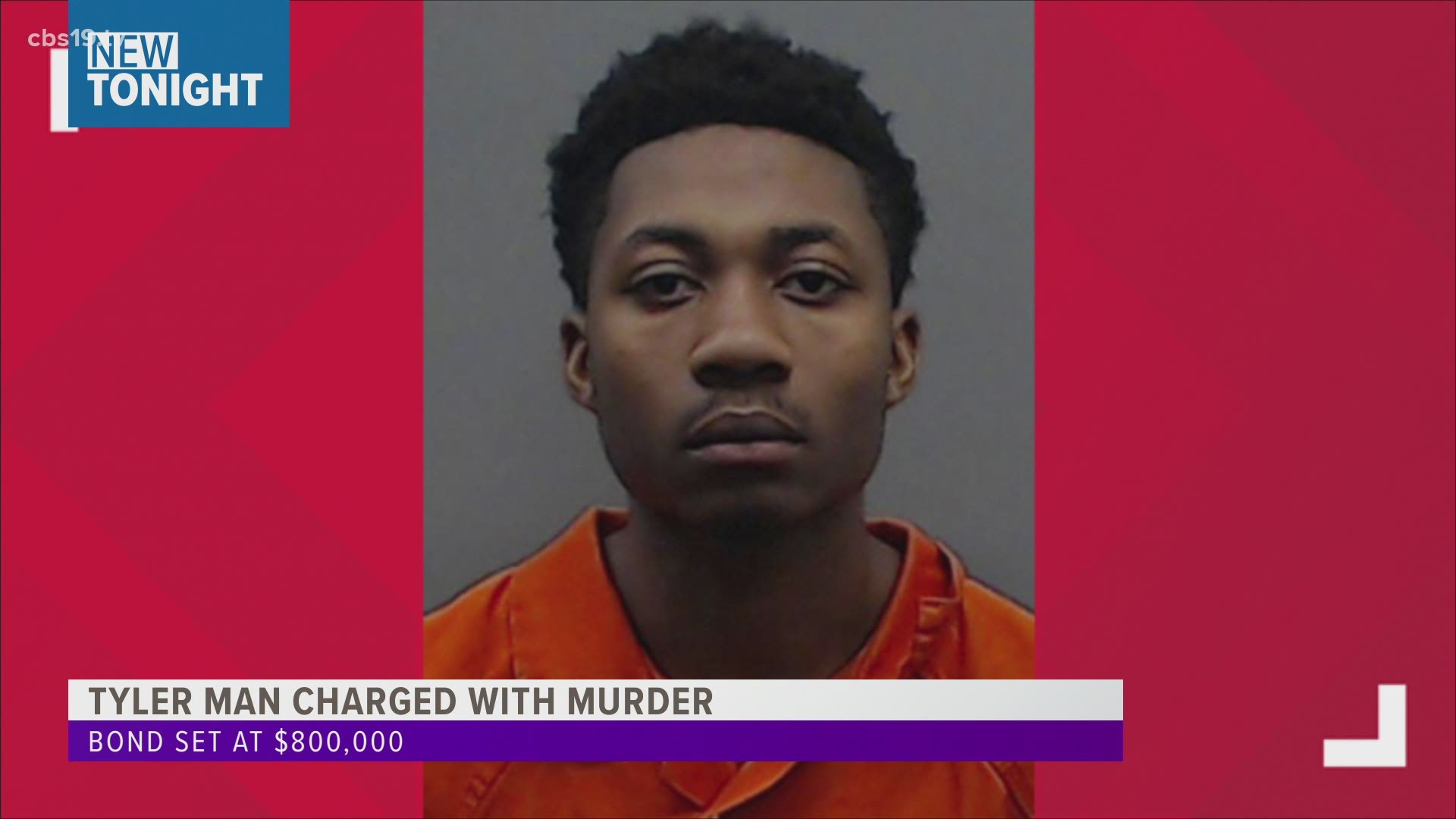 TYLER, Texas — A Tyler man has been arrested for murder and aggravated assault with a deadly weapon.

Around midnight on Tuesday, the Smith County Sheriff's Office responded to a shooting call in the 3200 block of Jackson Avenue in the Chapel Hill area.

When deputies arrived on scene, deputies located two shooting victims – Argusta Stansell, 48,  of Winona, who sustained a gunshot wound to the chest and Kendrick Gill, 41, of Tyler, who had been shot in the leg.

Both men were taken to a local hospital. Stansell died as a result of his injuries and Gill was taken into surgery. He is currently in critical condition.

During this investigation, the shooting suspect was identified as Demarkus Bircher, 21, of Tyler. Investigators responded to the residence where Bircher was believed to be and took him into custody without incident.

Bircher was booked into the Smith County Jail on the following charges:

Stansell's body was taken to Forensic Medical in Tyler for autopsy.

#BREAKING: Via the @Tylerpaper: The Smith County Sheriff's Office has reported Keandre Demarkus Bircher, 21, of Tyler, was charged with murder and aggravated assault with a deadly weapon on Tuesday. His bond was set at $800,000. pic.twitter.com/7dxxE2r6AI

RELATED: Man on death row for 2008 murder of child in Rusk County granted stay of execution