A Tyler ordinance from 2012 says any solar panels on a home cannot be visible from public streets. 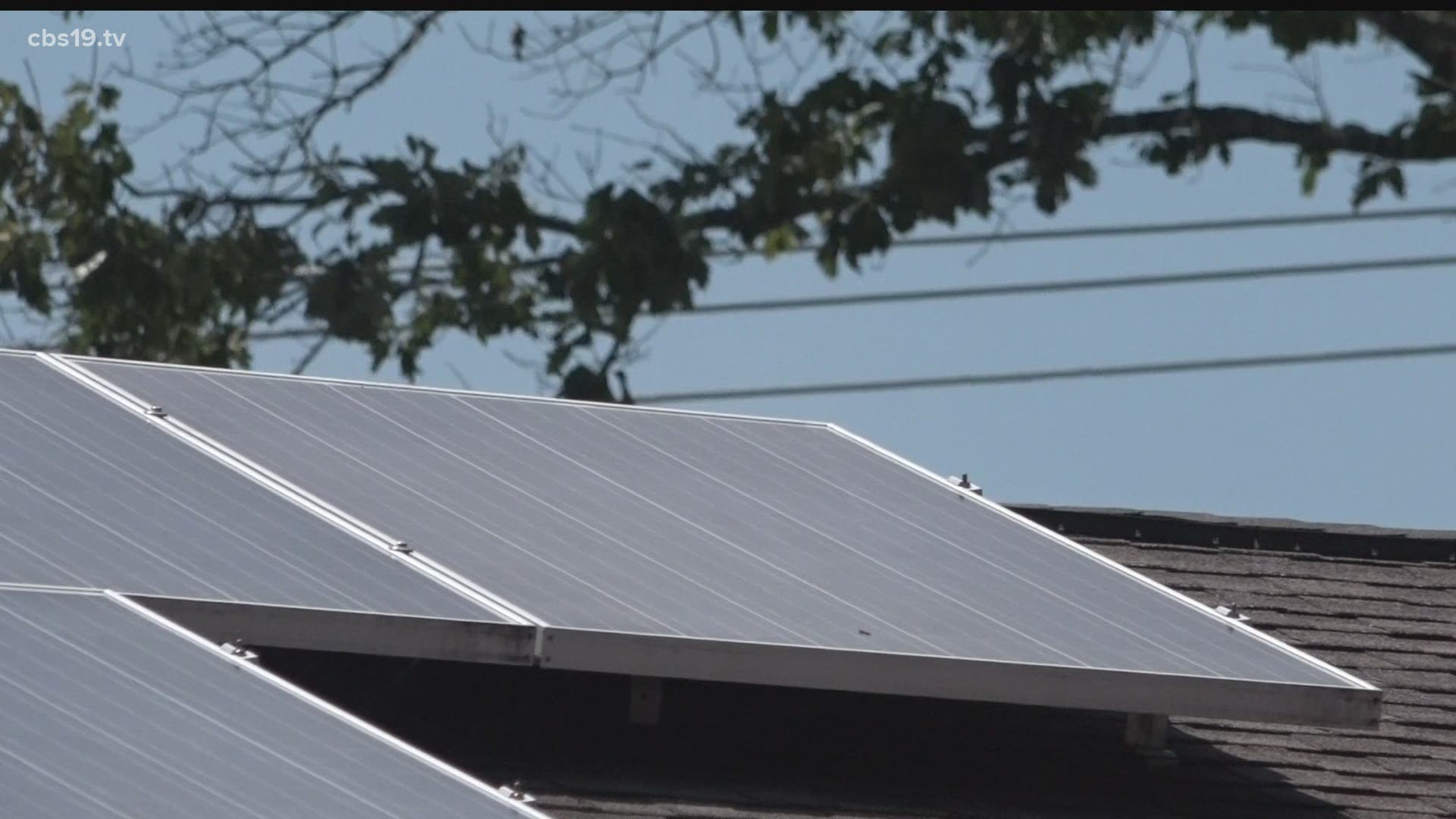 TYLER, Texas — Ever since East Texas was hit by snow earlier this year, Wright-Way Services, a local company that installs solar panels, said calls for installations are way up.

However, after meeting with the City of Tyler Friday afternoon, they're not sure if they'll be able to continue work in the city after one of their projects was denied.

"We just got notified just a few days ago. I guess it was actually a week ago, that they were denying us because then they cited just the one sentence of the ordinance," Rudy Wright, Owner of Wright-Way Services said.

For 13 years, Wright has installed solar panels all across East Texas, including Tyler without problems from the ordinance. Although, he was aware that it existed.

The ordinance is from 2012 and reads:

"Residential solar installations must be situated so that they are screened from view from public streets."

Kyle Kingma the Planning Director for Tyler says based on the info Wright brought to the meeting, the job is in violation of the ordinance as written.

"The application that we had before us did not meet the criteria. And so if we could have had some sort of demonstration that it wasn't seen from the road, then we can approve it," he said.

Kingma added every solar panel job is reviewed on a case-by-case basis such as curves on the road and a line of sight analysis from Tyler streets. However, Wright said he still doesn't have a clear idea when a project may or may not be approved

"How can I go bid solar in Tyler and be able to know whether I'm wasting my time or the customer's time because you guys are not going to approve it? And he couldn't answer that question and that it's based on a case by case basis," he said.

Kingma added it's possible the ordinance could be modified near the end of the summer if enough people support a change.