'He was trying to light himself on fire': Tyler police detail events in online video showing officers tackling subject

A video posted to Facebook last week that left some accusing Tyler police of using too much force during an arrest, However, things aren't always what they seem. 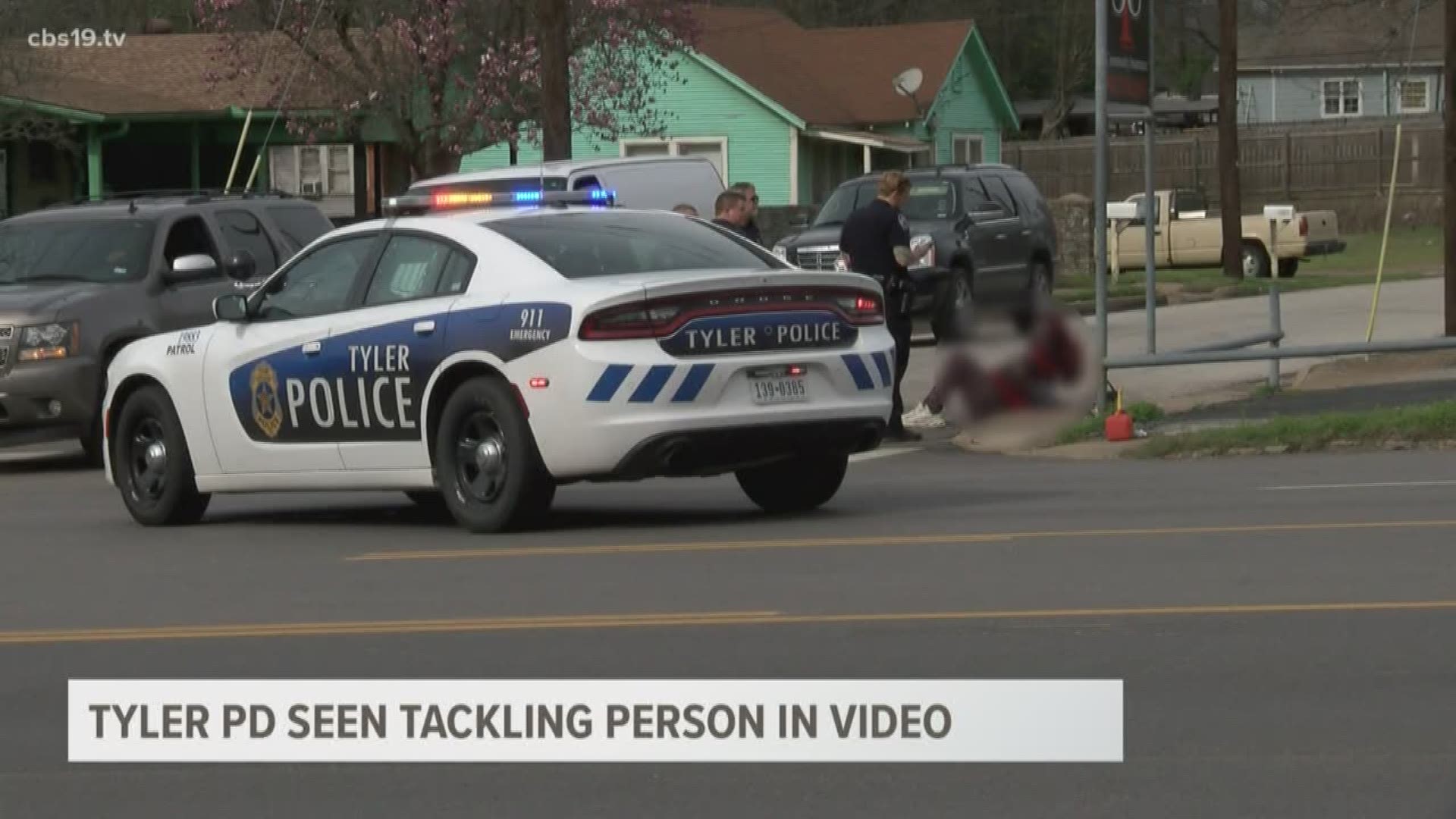 TYLER, Texas — A video spread across East Texas last week that left some accusing the Tyler Police Department of using too much force during an arrest on Feb. 4. However, things aren't always what they seem.

The video, which was posted to Facebook, appears to show two officers tackling a subject during an arrest. The video was viewed more than 13,000 times before it was removed.

According to Detective Andy Erbaugh of the Tyler Police Department, officers responded to a welfare concern on West Front Street on Feb 4.

“We got a call from witnesses who said that their acquaintance, a 25-year-old black male, had poured gasoline on himself and actually drank some, and was talking about lighting himself on fire," Erbaugh explained.

In the video, which was taken from across the street, it is unclear what the person is doing or holding. It even appears that it might be a balloon in the person’s hand. However, a closer look at the video shows the object to be a red gas can.

"So we knew that it could be a danger to himself or others," Erbaugh explained.

The video is about 50 seconds long. At 11 seconds, police cars arrive on the scene. At 22 seconds, two officers can be seen taking the subject down.

"When our officers got there, they could smell the odor of gasoline on this, this man and saw a lighter in his hand,” Erbaugh said. “He was actively trying to light himself on fire."

According to Erbaugh, police saw the person struggling with a lighter as they were approaching, which is why officers rushed to take the subject down. 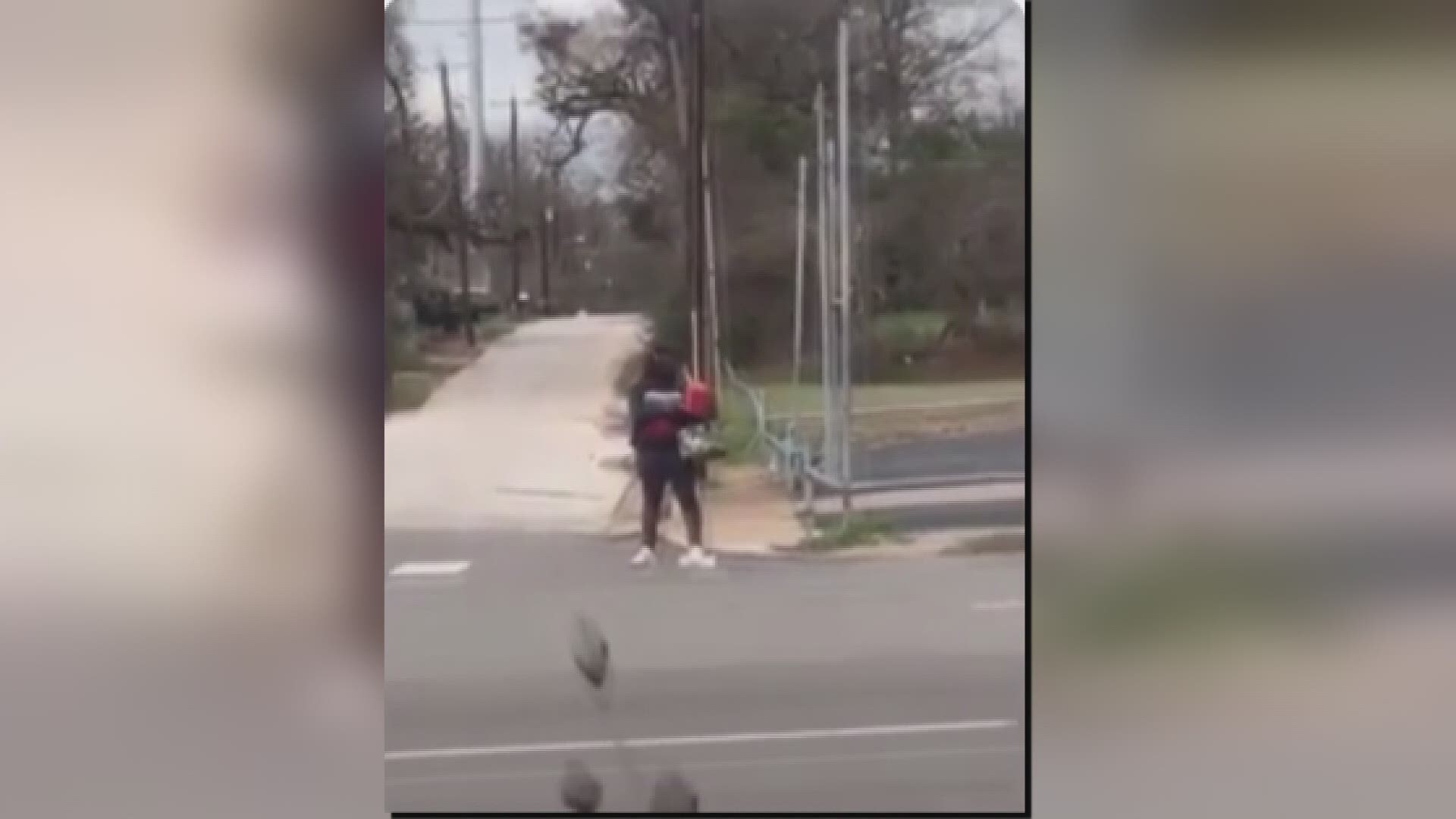 “When they had a moment where he looked like he fumbled with the lighter, they tackled him to get him away from the gasoline," Erbaugh explained. "The lighter dropped, and they were able to secure him."

An ambulance arrived at some point after the incident and took the person to a local hospital for a mental evaluation.

Erbaugh says each welfare call can be different and because this one was an active situation could be why an ambulance wasn’t there sooner.

“A lot of times when we get a welfare concern call, it can be anything from, you know, I talked to my brother every day, and I haven't heard from him in two weeks. Or somebody who says, you know, my boyfriend says he's going to harm himself and he's at this address,” Erbaugh said.

Because a welfare check can be for many different scenarios, ambulances are not always called to respond for each one.